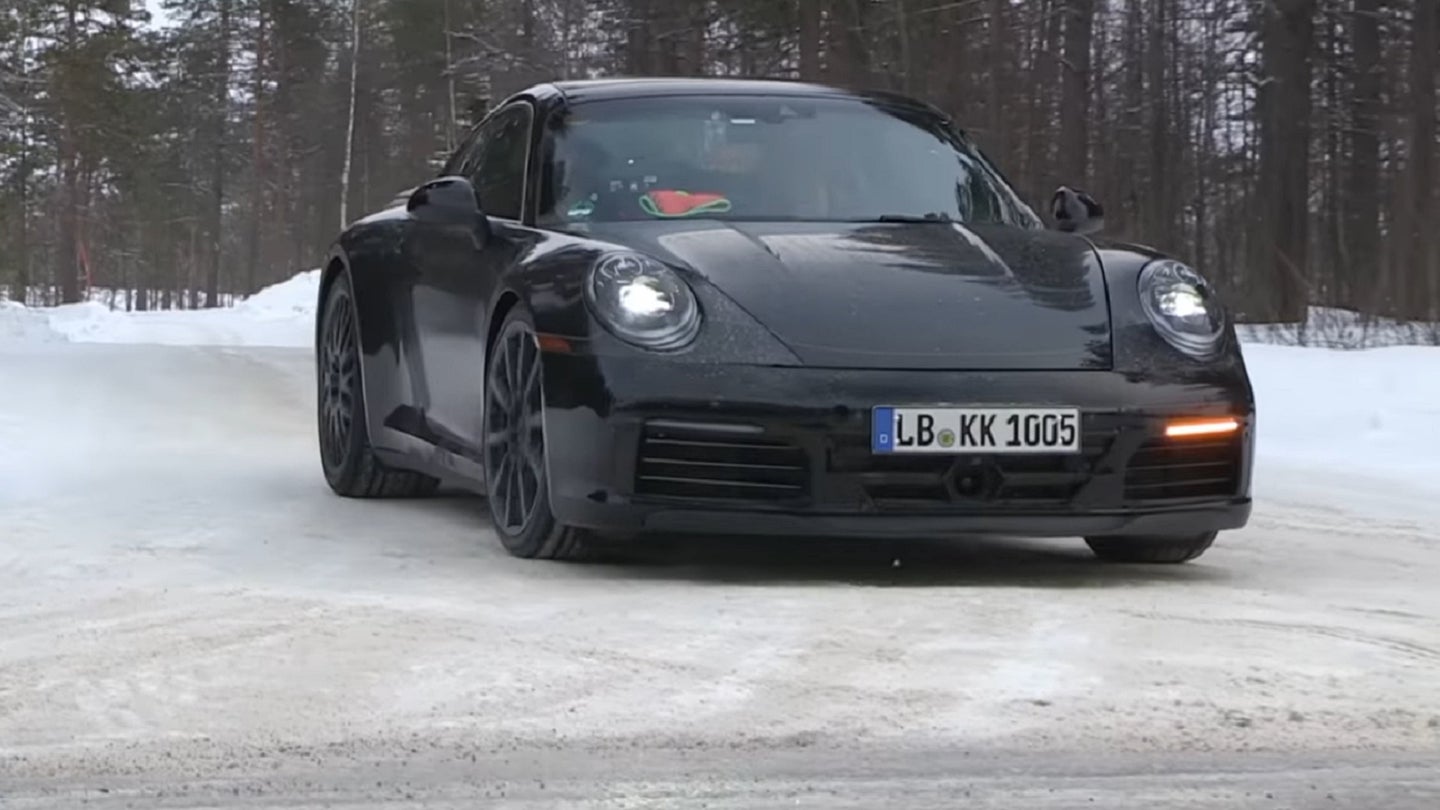 A new design 911 has been spotted in testing, and it leaves us wondering just how different this new car actually is from the current 991.2 generation. In this new video from German AutoWeek magazine, we note that are a few minor differences, but this does not appear to be a completely fleshed out design. If you look closely at some of the details, especially in the front bumper. The front fenders appear to have extensions added to them to extend down to the bumper, you can even see the ghost of where the original 991.2 fenders ended on either side of the headlamp. Similarly, that ghost line continues across the front lid.

At the back you can see a few changes, as the rear spoiler is much larger, extending across the rear quarter panel above the rear wheels. The rear bumper, like the front, appears to be tacked on for the purposes of hiding the true design. There are still air vents for the dual intercoolers, and now the exhaust pipes have been moved up into the bumper next to where the license plate recess would be, seemingly reminiscent of the 1980s 959 supercar's rear bumper.

Aside from those details, the car doesn't look much different from the existing 991, as everything inside the wheelbase looks pretty well the same. It is possible that Porsche is hiding a completely new platform under current 911 sheet metal. It is also possible that the next generation 911 will be mostly a development of the current chassis, as the transition from 996 to 997 was. In any case, we should expect to see a production version of this car bow at an auto show within the next 12 months with cars delivered to dealers by mid-2018 as a 2019 model year. What do you think this model portends?

Taking A Porsche 991.2 Turbo For A Very Fast First Drive