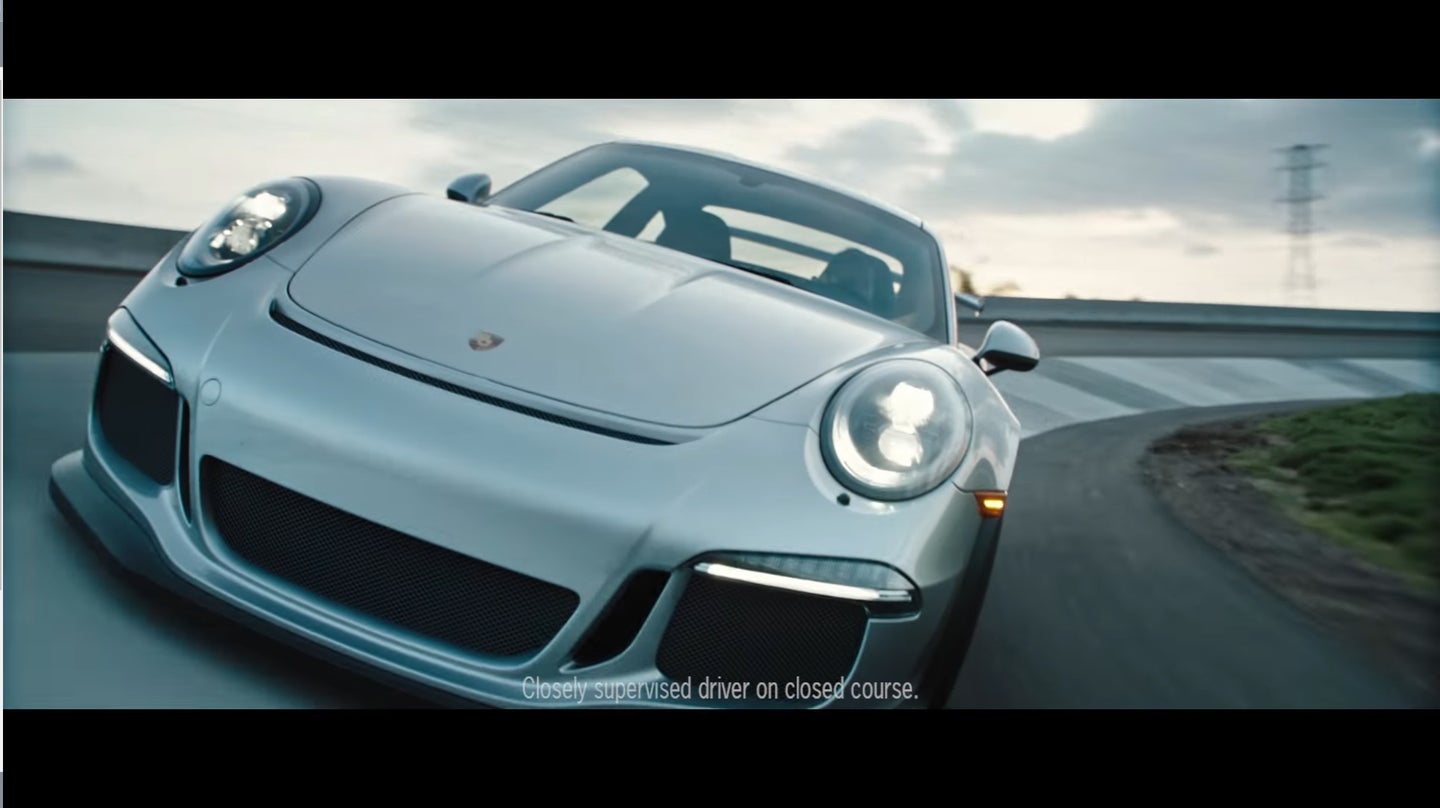 Earlier today, Porsche posted the video below to their YouTube channel featuring the parallels between CJ Wilson's baseball career and that of a racing driver. Mr. Wilson, aside from his lucrative career throwing small white balls really fast at a person with a stick, also owns a number of automotive dealerships, has a large collection of cars, and owns the CJ Wilson Racing team which currently campaigns a pair of Porsche Cayman GT4s in the Continental Tire Sportscar Challenge series. He's a true car enthusiast and has what appears to be an excellent relationship with Porsche and their Motorsport division.

Wilson spent 2016 with an injury and is currently a free agent looking to prove himself an asset to one team or another for the 2017 season. Without wishing to be harsh (I like CJ, he's a genuine enthusiast), he's 36 years old and on the downward slope of his MLB career. If he does sign a contract for this year, it will likely be a one-year-only contract with health-based contingencies. He's a heck of a lot healthier and stronger than I am, but his baseball career is likely closer to its finish than not. It's possible that CJ is looking forward to a racing career as a Porsche GT driver, and he's perfectly suited to drive in an amateur category like the FIA WEC's GTE Am class. In the video he clearly says "Thinking about what it's like to be a racing driver, it's all I could ever think about". In an interview with the Wall Street Journal, CJ once said: "I wanted to be a racecar driver but it was too expensive, so my dad told me to do something else." Clearly, racing is in his blood and is something he is deeply passionate about.

The video seems largely innocuous, but there are a few phrases that really resonate with us. Take this quote for example: "You have to have a dream in order to make any progress, otherwise you're just on a treadmill your whole life. The ultimate goal of any endurance racer is to go to France and win the 24 hours of Le Mans. Why would my goal be any different?" CJ has been out of race cars for a while because of his baseball contracts, but will be stepping back aboard a Porsche GT3 Cup car this season with the ultimate goal of heading to France. We could see Wilson taking over a similar ambassador-racer role to what Patrick Dempsey has held with Porsche for the last few years. It is interesting to note, however, that at the bottom of Porsche's video they call CJ a "closely supervised driver" rather than a "professional driver". Could that title change in the future? Wherever Wilson's racing career takes him, we'll follow it closely.