When you’ve been in open-top LMP Challenge prototypes for the last couple of years, re-learning how to get in and out of a GT3 car is an exercise in futility. 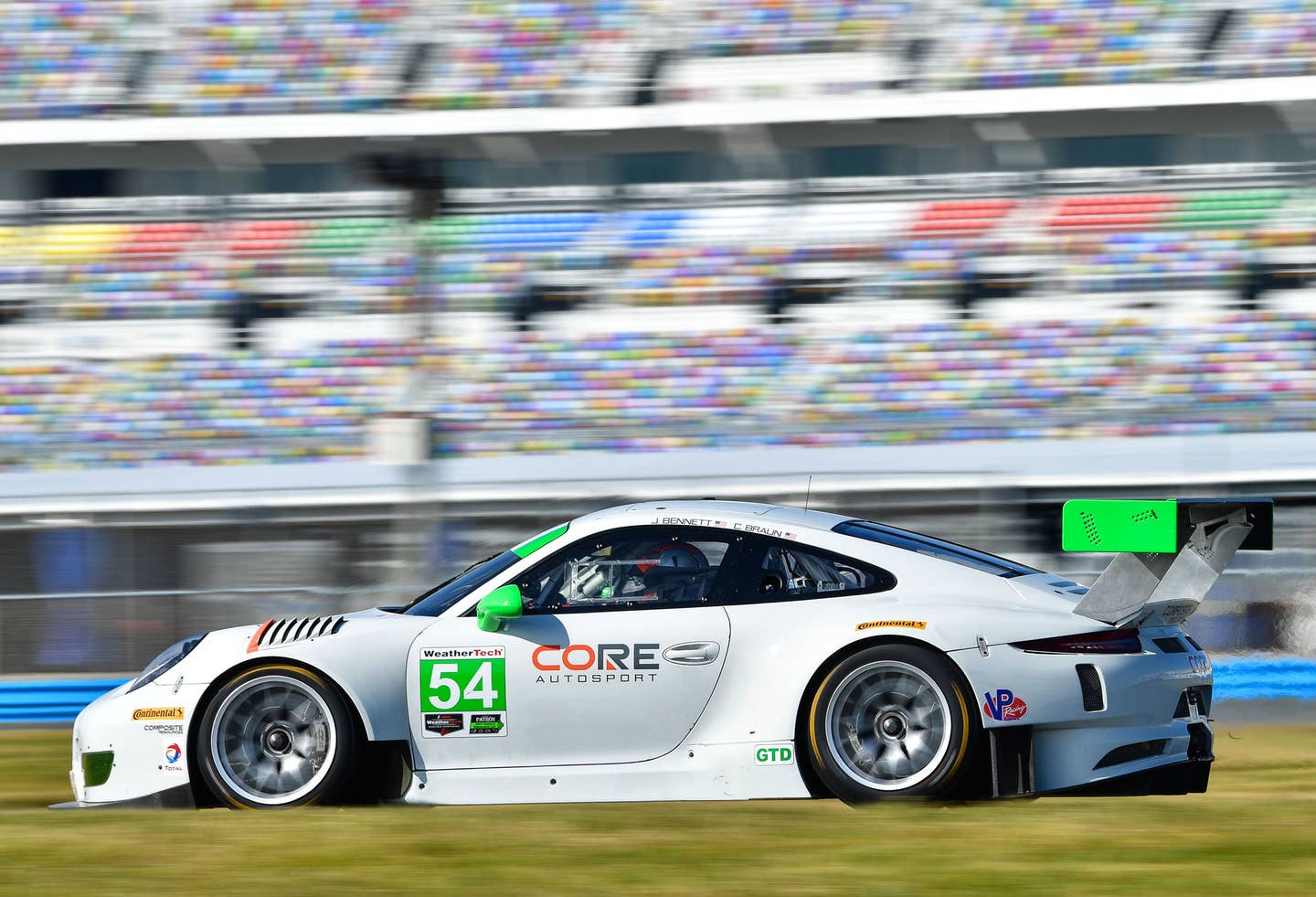 Jon Bennett, the 51 year old team owner of CORE Autosport, is hopping back into a GT car for the first time in years, and it's a new car he's never driven before. A few weeks ago at a test at Daytona, there was a moment of familiarization that comes with getting into a new car for the first time, and it is usually a bit funny and often embarrassing. For this reason, Bennett's team decided to film his first attempt to climb aboard their new Porsche GT3 R running the full IMSA season in the GTD category. Bennett isn't a small guy, and he takes a few stabs at it after getting some advice from teammate Colin Braun. Sitting back and assessing the situation for a second, he's still not getting it. Colin then shows him what his own technique is, leading by example. One more try and Jon has it. It is only a couple of minutes of chuckling, but it's a pure and fun way to add a little levity to your day.

Bennett, in posting the video to CORE's Facebook page, noted in the comments that getting into the 911 GT3 R is "Harder than you think unless you're the size of Patrick Long". In the end, he figures out that you grab the roll hoop on the inside of the door, put your feet in first, and gently pull your butt down into the seat. If you're a first-time GT3 R owner, and you want to see the proper technique, maybe you can learn from Jon's mistakes here and jump right up to speed.

Speaking of Patrick Long, both he and Nic Jonsson will be joining Bennett and Braun for next month's 24 Hours of Daytona season opening endurance race. Jon will surely be up to speed with the car by that point, and the quartet of drivers will take on some of the best pro-am teams in the world of sports car racing.

The Racers Group Returns To Porsche For 2017 Season

Kevin Buckler’s TRG team last won Daytona with a Porache GT3 in the Grand Am GT class back in 2011. Now they’re back, and looking for more victories.

Why Is Everybody Building All These GT3 Race Cars?

We tell you why.