Are You Ready For Lake Of The Ozarks Porsche Parade 2018?

Pack your swim trunks for next year’s Parade on the lake, and mark your calendars for July 8-14. 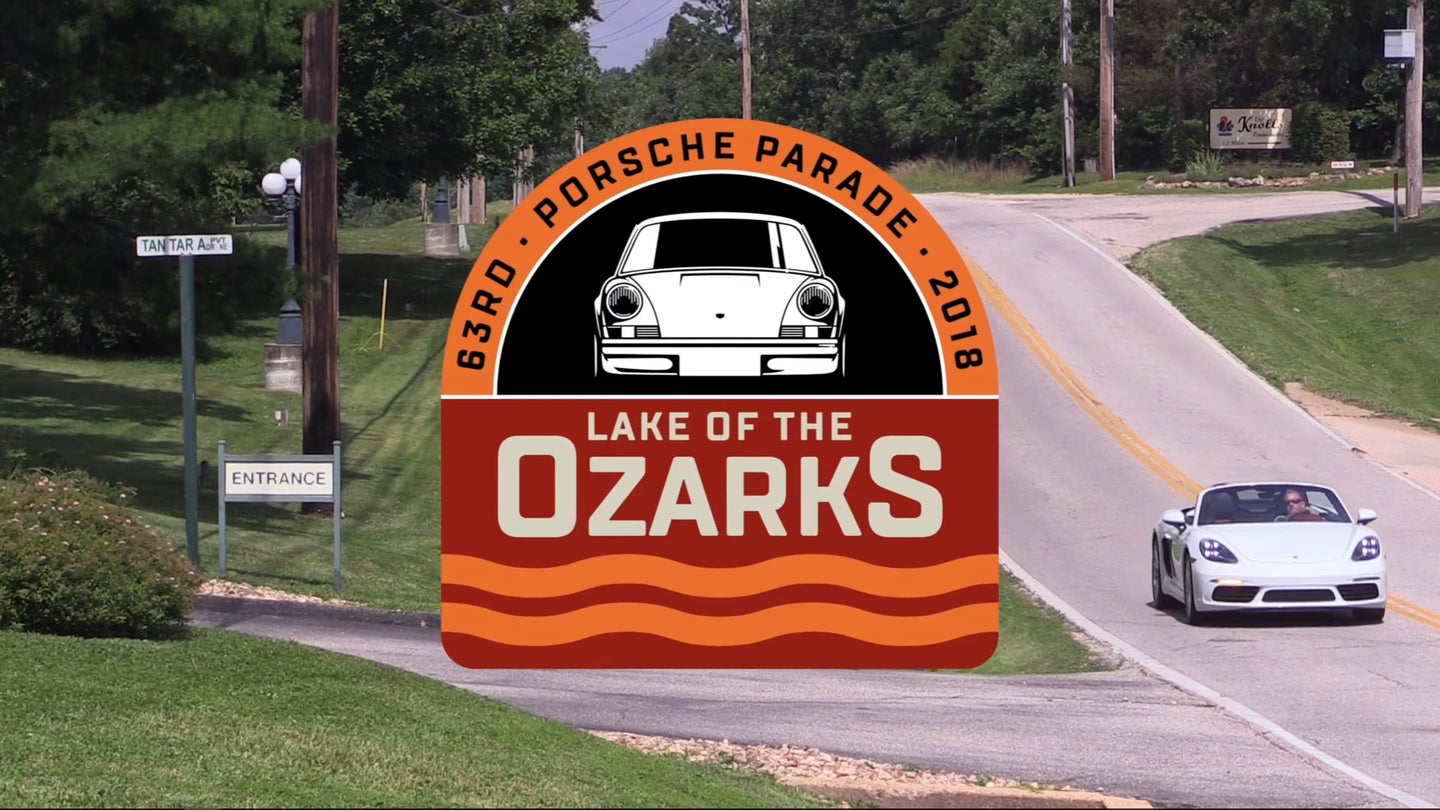 Porsche Parade is the largest gathering of single-make enthusiasts - allegedly - in the world, and the Porsche Club of America just announced the location of 2018's event with this little video posted to their YouTube channel. For 2018, Porsche folks will be travelling from across the country to gorgeous Lake of the Ozarks, Missouri to enjoy the brand with their fellow enthusiasts. As per usual, Parade will hold the most rigorous and prestigious Porsche-centric Concours d'Elegance, as well as autocrossing, time-speed-distance rallying, and the famed tech and history quiz. Of course, there will be group drives through the nearby hills, as well as parties, banquets, shopping, seminars, workshops, and more for everyone to enjoy through the entire week.

The 2017 Porsche Parade in Spokane, Washington was a big hit, as PCA says it was the most widely attended Parade in the 62 year history of the event. Of course, they're hoping the 2018 edition will outpace the prior, and will continue to grow ad infinitum. The host hotel, the Tan-Tar-A also features an indoor water park, a golf club, and a marina for attendees to enjoy. Interesting point of note, the Tan-Tar-A was recently sold and will soon begin transitioning its image, as it will be re-opening as "Margaritaville Resort" in the near future. Do you think PCA would have picked this location if the name change had already occurred? Weigh in with your opinion in the comments below.

Though we've owned a few Porsches over the years, we've never attended Porsche Parade. For whatever reason, we always seem to have some other event or work-related goings on to deal with during that week of the year. This year, however, we're marking our calendars well ahead of time in the hopes of making the cross-country trek to Missouri for this shindig.

The fourth Porsche Classic center in the country is also the first one on the west coast.

This 993 was treated to a new Porsche Classic Radio with navigation, and the step-by-step instructions couldn’t be easier!