In Colorado, Lyft is taking advantage of legal marijuana with a campaign encouraging stoners to use its ride-sharing service. 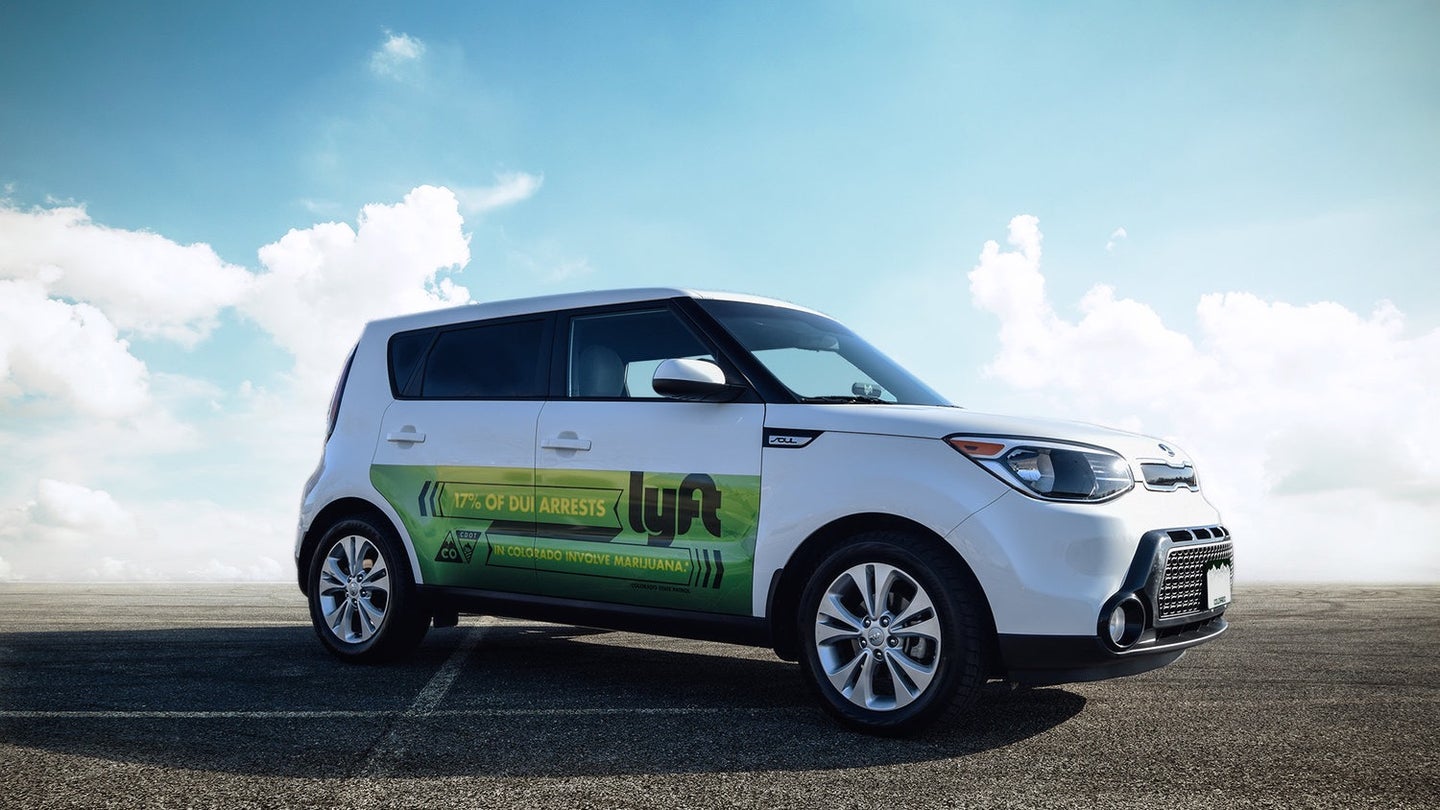 Drunk driving is a well-documented problem, but as states begin to legalize marijuana for recreational use, driving while stoned could become a significant safety issue as well.

So Lyft is partnering with the Colorado Department of Transportation (CDOT) to raise awareness of the danger of driving while high—and proffer ride sharing as an alternative. Lyft wrapped 17 cars in green, with the slogan "plan a ride before you're high" prominently displayed, and the company is offering discount codes to Colorado riders.

The program is called "320 Movement," a reference to planning ahead of 4:20, the code for smoking marijuana. It's an obvious publicity stunt, but it also highlights what could become a major issue if recreational marijuana use becomes legal in more states.

CDOT says 17 percent of DUI arrests in Colorado in 2016 were for driving while stoned. But many marijuana users don't realize that driving while high is illegal, according to CNET. In Colorado, a DUI can lead to a $13,500 fine and jail time, and both recreational and medical marijuana use is covered under the relevant laws. Marijuana impairs judgment, decision-making abilities, and reaction times, according to CDOT.

While legalized marijuana has Colorado officials worried about DUIs, it has both Lyft and Uber thinking about a potential new market. Both companies have run campaigns against drunk driving, and now they're expanding to marijuana use. While Lyft has its 17 "320" cars, Uber is the "official transportation partner" for Colorado's 420 Festival, the largest of its kind in the U.S. Uber is also working with the Colorado State Police, MADD, and Native Roots marijuana dispensaries to promote safety awareness.

Lyft Picks Up $600 Million in Latest Investment Round

The new batch of money means Lyft is now valued at $7.5 billion.