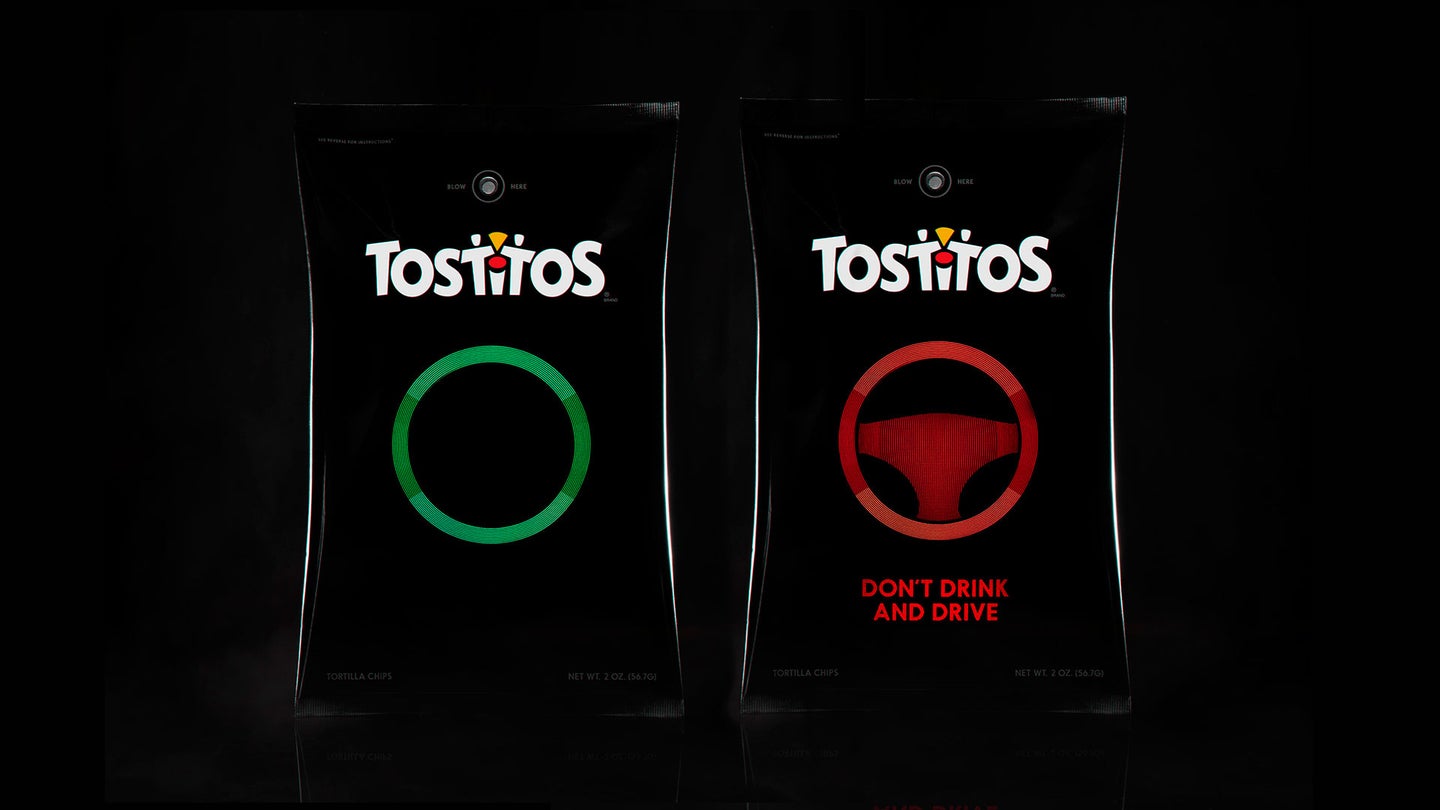 Sure, it’s a Super Bowl gimmick—but as far as gimmicks go, it’s a hot one. Tostitos’s new party bag of chips can not only tell if a snacker has been drinking, but even call them an Uber to take them home.

The “Party Safe” bag, as it’s technically called, looks like a simple, surprisingly understated bag of tortilla chips, under normal circumstances. Should a sober person breathe on the built-in alcohol sensor while grabbing a chip, the front of the bag flashes a green circle. But when the bag detects booze on someone’s breath, a red steering wheel appears on the front, along with the phrase “DON’T DRINK AND DRIVE.”

That’s when the near-field communication (NFC) chip kicks in. Tap your Uber app-equipped smartphone to the bag at that point, and it'll summon a car to come take you home.

Odds aren’t great that you’ll see one of these smart bags of Tostitos sitting between to the buffalo wings and the Bud Light at your buddy’s Super Bowl party next weekend. The smart bag is a PR stunt, whipped up by Tostitos parent company Frito-Lay in conjunction with Mothers Against Drunk Driving, and only a limited number were actually made.

Almost all regular bags of tortilla chips sold by the brand, however, will come with a code that gives Uber users a $10 coupon for rides on Super Bowl Sunday...which is what this whole stunt is actually about. Punch the last five digits of the bar code from eligible Tostitos bags into the Promotions section of the Uber app, and boom—instant discount.

The company is aiming to get 25,000 cars off the roads that night, according to Frito-Lay chief marketing officer Jennifer Saenz. It’s a noble goal and good business alike; NHTSA data says 46 percent of traffic fatalities that occurred on Super Bowl Sunday 2015 were due to drunk driving, a giant leap from the yearly average of 31 percent.

Just make sure you don't throw up once you're in the Uber.