Want a first hand look at the border? Load up a 4×4 and go there for yourself. 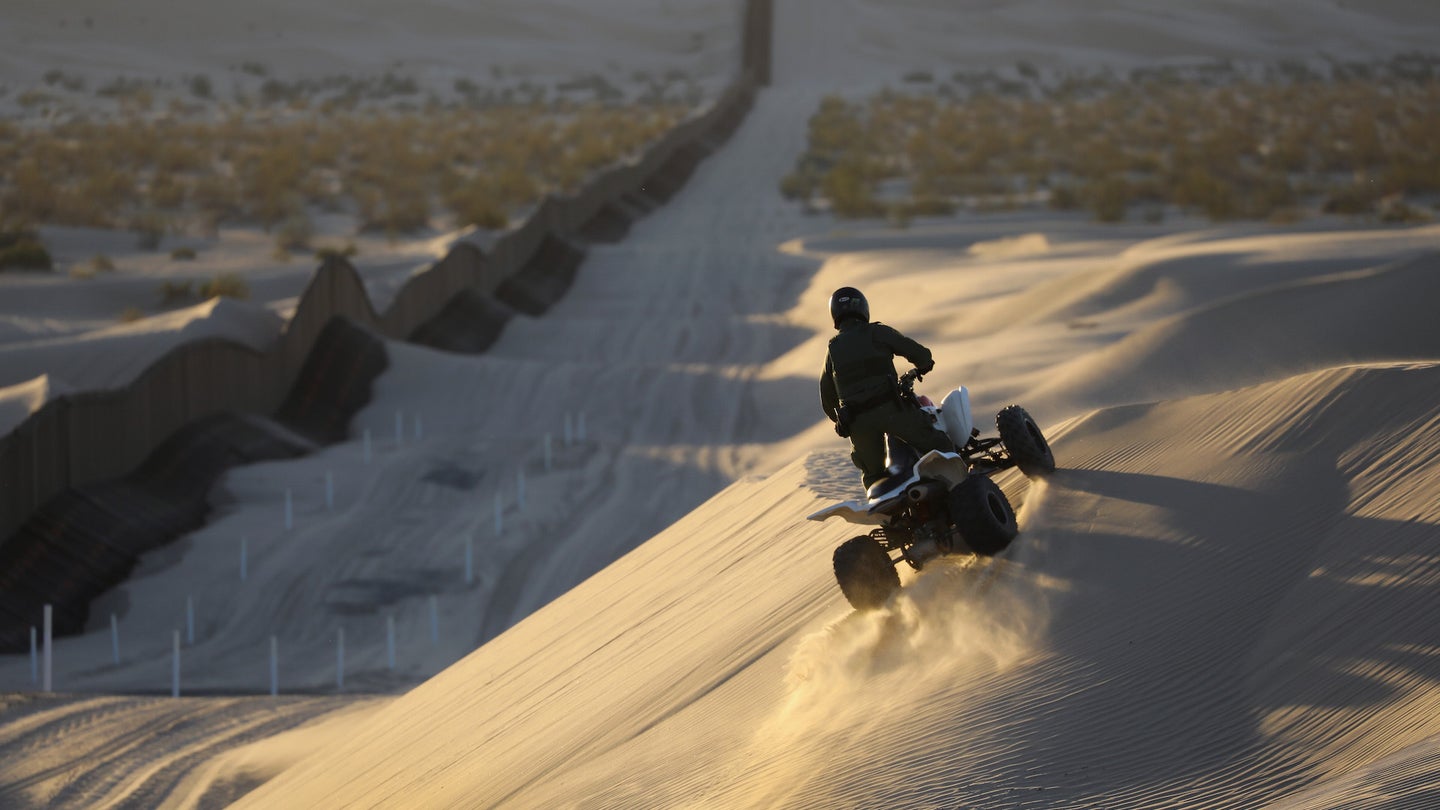 President Donald Trump’s proposed border wall will face many challenges, but among the most significant will be the terrain along the border itself. Few places on earth are as formidable as the stretch of California desert crossed by Highway 8 just before Yuma, Arizona. It’s the Sonoran Desert landscape you imagine, hot and dry and tough as nails. And rising up from the flats, right through the Mexican Border, are the Algodones Dunes.

45-miles long and 5-miles wide, the dunes are a favorite of off-roaders, photographers and filmmakers. You’ve seen them as the backdrop for Monster videos and playing the part of Tatooine in Return of the Jedi. While the Department of Homeland Security maintains the existing border fence, the Imperial Sand Dunes Recreation Area falls under auspices of the Bureau of Land Management, which is quite permissive of off-roading on its turf.

Not so long ago the border here wasn’t much more than a friendly handshake. Big concrete pillars marked the border itself, but the dunes swallow up simple fences with ease, so locals were free to ride into Mexico for lunch on the weekends. Northbound traffic was similarly fluid, and the region earned a reputation for drug running and illegal crossings. With the Bush administration came a new fence, one that stands high above the sand dunes by floating atop them. In person, it’s a spectacular thing. And ugly. A straight inky shadow drawn across the undulating dunes. Constantly groomed and maintained to aid in the detection of border crossers, a smooth ribbon of sand only sets it further apart from its surroundings.

The Algodones Dunes area is just a small stretch of the 2000-mile frontier, but because of its accessibility and popularity with the off-roading community, it’ll soon be among the most important—and visible—tests of President Trump’s proposed wall.