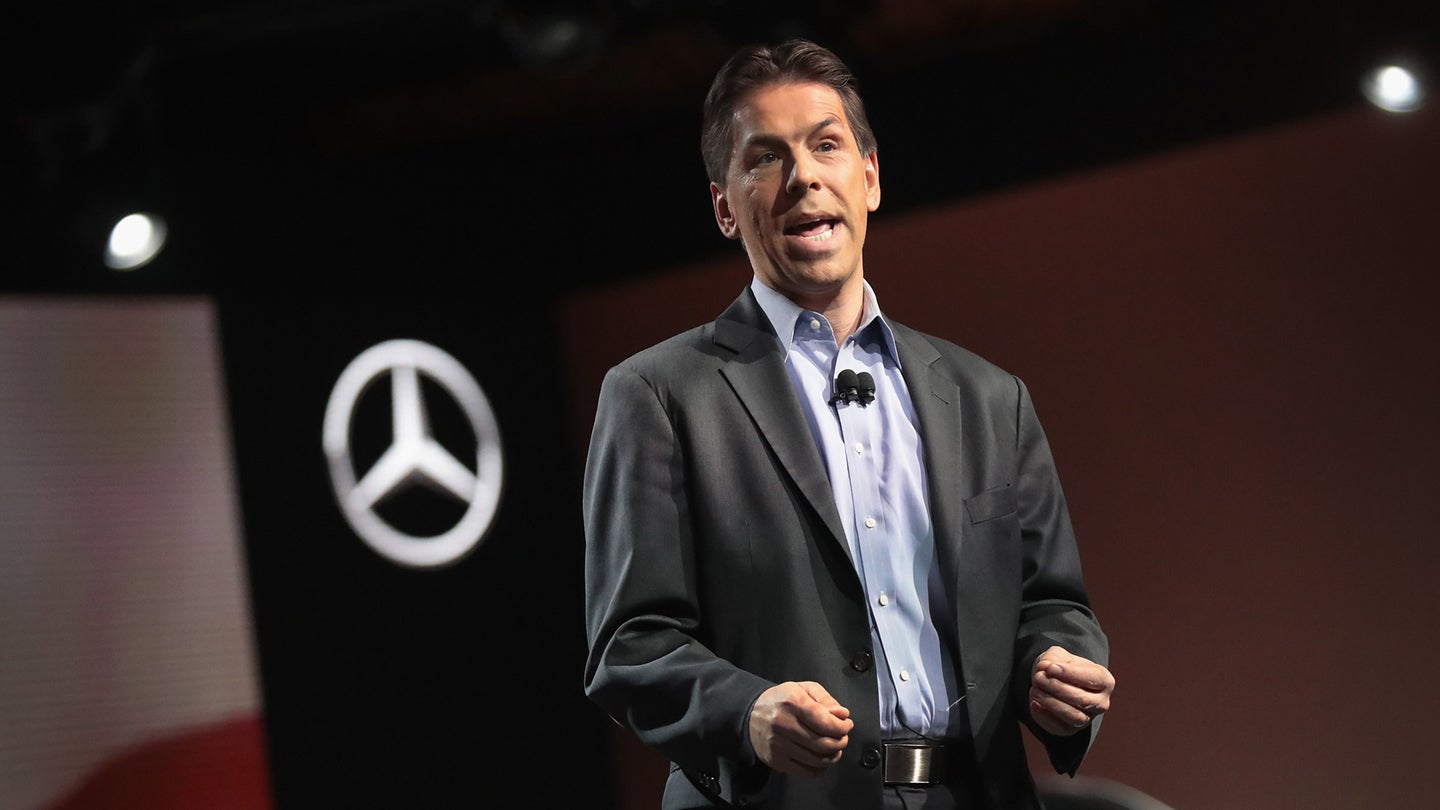 After Ford boss Mark Fields's public Tweet-spat with Donald Trump, nobody in the car industry wants to get in the crosshairs of the PEOTUS—including Dietmar Exler, the still relatively new President and CEO of Mercedes-Benz USA.

In a chat with The Drive on the floor of the North American International Auto Show, the jaunty German was circumspect about how Trump—and Scott Pruitt, his controversial pick for EPA chief—will affect how Mercedes does business.

"There is no reason for us to react at all," Exler says. "We will wait and see what the new administration does, but I don't suspect we change how we do business. For instance, we have no intention of changing our plans with electric vehicles or production. That would not be wise, I think."

Based around the Generation EQ SUV concept revealed at the Paris Motor Show this fall, the EQ is a 10-vehicle full-line of electric cars that Mercedes says will hit the streets by 2025.

"It's like in investing, things go in cycles," says Exler, who, before replacing Steve Cannon in the top spot, was the vice president of Mercedes-Benz Financial USA. "Overreacting to trends or what is happening today is never smart." Exler was on the financial side of the company during the darkest moments of the Great Recession, and turns to how Mercedes navigated those waters for guidance.

"When the economic downturn hit the industry in 2009 and 2010, we didn't suddenly stop making cars, or even alter our plans all that much, and because of that prudence and steady hand we have the robust product lineup today."

Trump is promising to lower corporate taxes and push for deregulation, which any car manufacturer must consider good for business. As for whether Exler worries about what happens when Trump picks a fight with Mercedes on Twitter, he is prepared.

"I can assure you, we have discussed it at the highest levels," he says.

GM responds by pointing out that most Cruzes sold in the U.S. are made here.