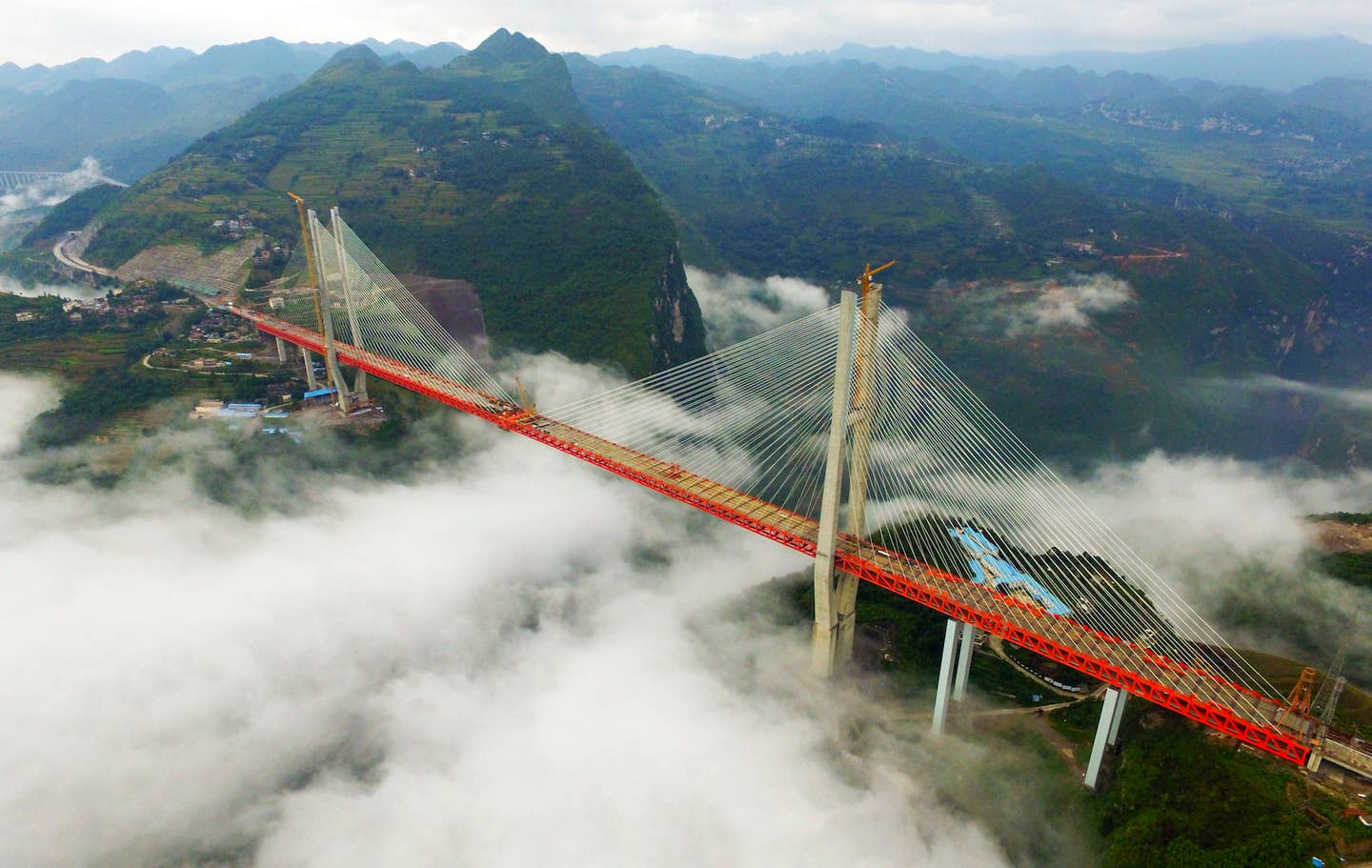 The Beipanjiang Bridge soars into the sky, scraping the clouds. The red-and-white viaduct spans some 4,400 feet across, connecting the cities of Liupanshui, in Guizhou, and Xuanwei, in Yunnan, in southwest China. Hanging some 200 stories above the Nizhu River Canyon, this is now the world’s highest bridge. As of this week, it’s officially open to traffic.

It’s been a long time coming. Construction on the four-lane expressway began in early 2013, and just ended this year, when the structure’s two sides were connected in September. Total cost to the Chinese government, by some estimates, tops 1 billion yuan (roughly $144M). Rising 1,854 feet from the valley floor below, the Beipanjiang surpasses the previous record-holder, the Sidu River Bridge, also in China, which hovers at 1,640 feet, according to a 2009 article published in Civil Engineering.

(Both Chinese bridge measurements are taken as height from the ground; the world’s tallest bridge structure remains the Millau Viaduct in France, which stands at 1,125 feet.)

The Beipanjiang Bridge is a spectacle, roughly twice the height of the Eiffel Tower, but officials say it was built of necessity. To that end, the bridge will cut travel times between Liupanshui and Xuanwei from five to three hours, a boon for both citizens and passers-through. The only catch? Speeds on the Beipanjiang are limited to 50 mph.