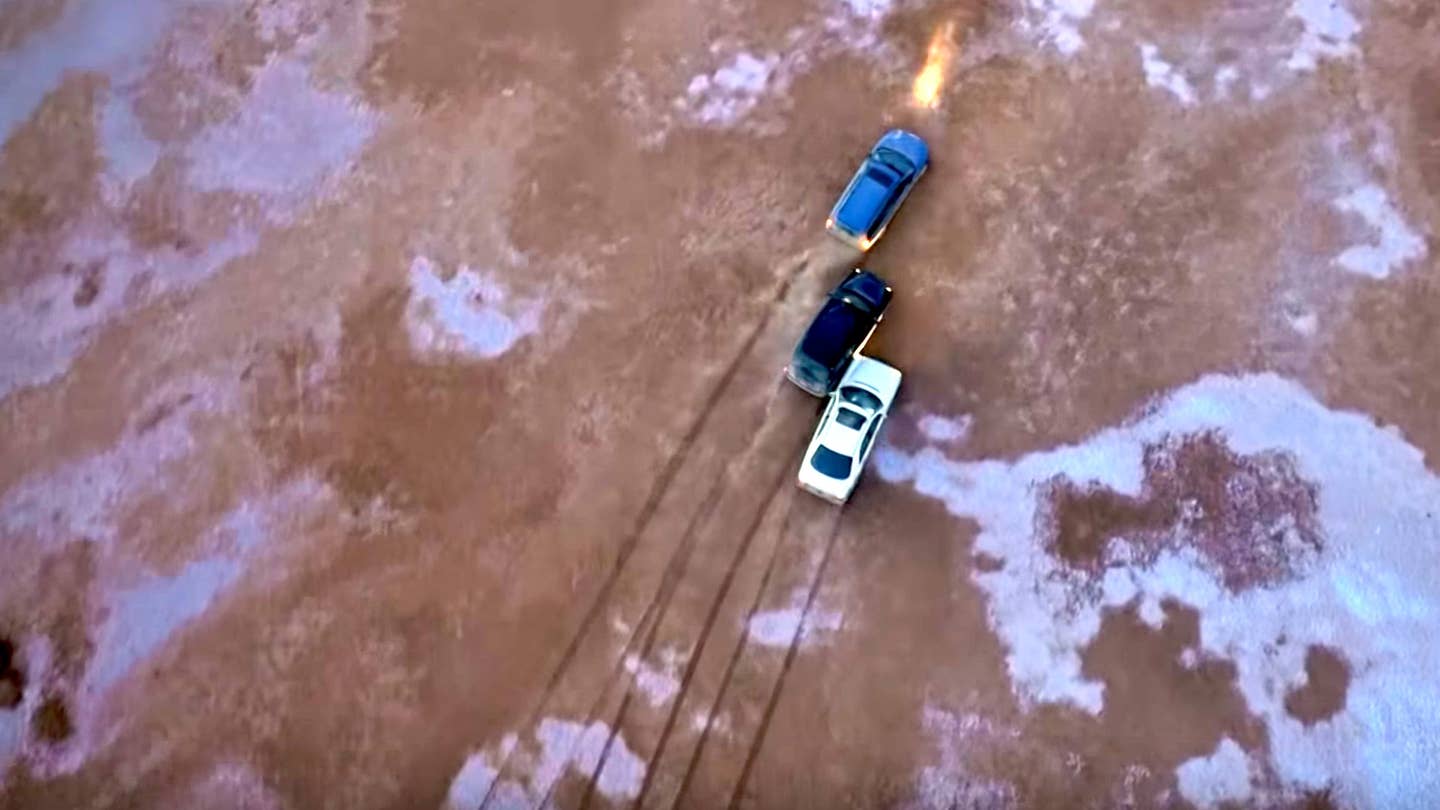 After losing its three long-time presenters to Amazon, Top Gear has been in a long process of course correction. The initial results were a well-documented mess, but it appears the popular car-centric BBC program absorbed the acidic market feedback and is ready to come back for another season with creative guns blazing.

The first trailer for Top Gear season 24, uploaded to the official YouTube channel Sunday, shows the program's three new main hosts, Matt LeBlanc, Rory Reid, and /DRIVE's own Chris Harris, in three shoddy-looking cars attempting a no-hands drag race. The clip is around 20 seconds long, but it appears the adored TV program has rediscovered some of the sharpness it lost when Clarkson and Co. left and returned to its roots: messing around with cheap cars and doing stunts most couldn't conceive of.

But there's something strange here.There's nothing wrong with this clip—it's just three guys having fun and enjoying cars. But, if you look at the YouTube commenting area, you'll notice it's flooded with tons of displeased commenters. In fact, at the time of this writing, the downvotes more than double the upvotes.

"Chris Evans jumped from a sinking ship it died when Clarkson left and it won't be able to match up too grand tours I don't think joey and dumb and dumber can save it﻿," said YouTube user Laurence Connelly.

"It would be way more interesting if they do a head on collision demonstration," said commenter Simon C.

On the other hand, there are some commenters who see the light in all of this. "I mean... they listened to feedback and got the two guys that actually seem to give a shit to appear in the main show," said YouTuber James F. "That's something."

Either way, we're amped for the return of Top Gear, and you should be too. Just make sure you don't forget about your favorite automotive TV program.