The Grand Tour May Be The Most Pirated TV Show Ever

Take that, Game of Thrones. 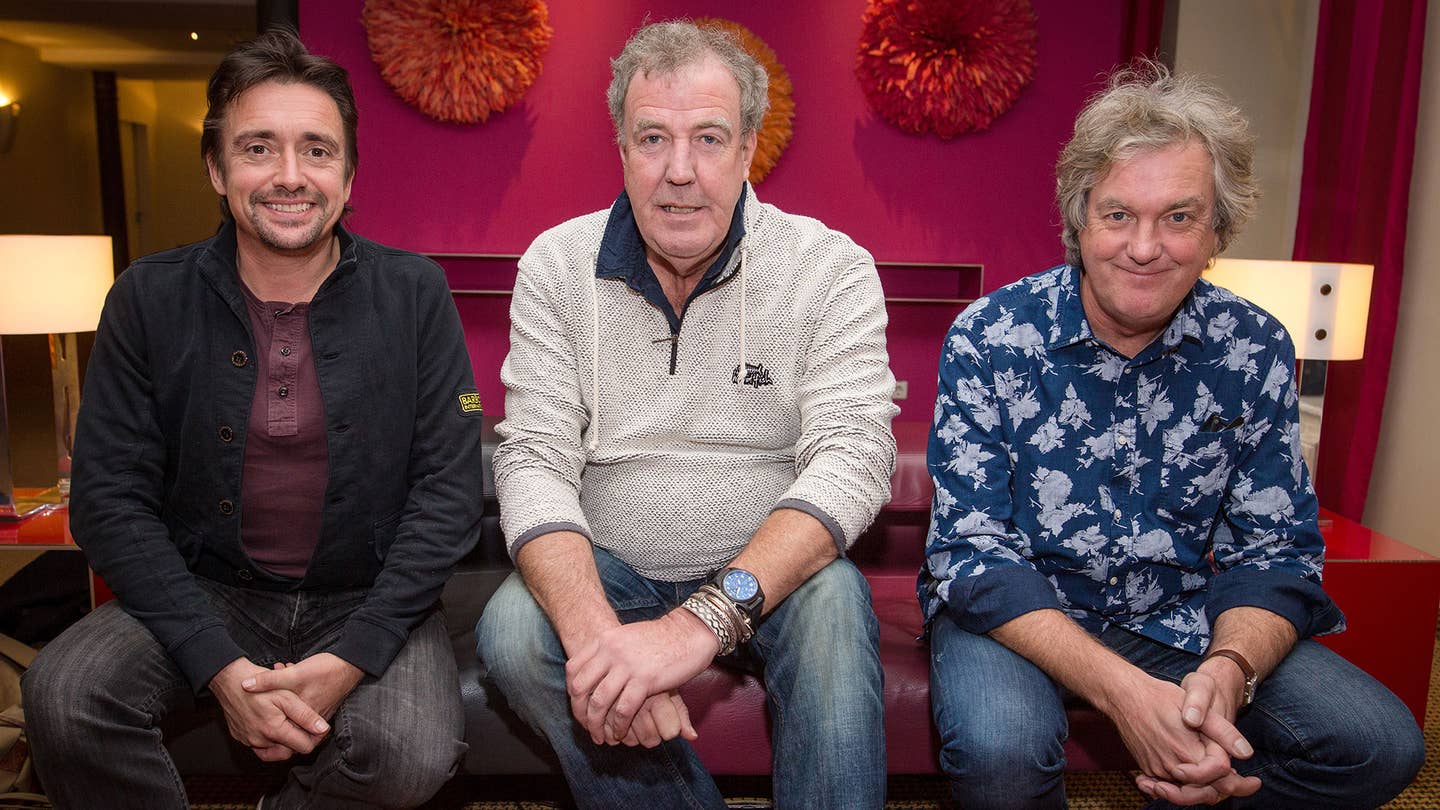 Seems there are quite a few people out there who really don’t want free two-day shipping. Amazon Prime’s The Grand Tour has been illegally downloaded more than any other TV show in history, a new report from a data analysis firm claims.

According to The Daily Mail, which said it received an exclusive first look at a report on the pirated download activity of Jeremy Clarkson, James May, and Richard Hammond’s new internet TV show, the first three episodes have been illegally downloaded 18.9 million times.

“It is the most illegally downloaded programme ever. It is off the scale in terms of volume,” Chris Elkins, chief commercial officer of piracy market analysis company MUSO, told The Daily Mail. “'It has overtaken every big show, including Game Of Thrones, for the totals across different platforms.”

Amazon, like fellow online television platforms Netflix and Hulu, doesn’t release information about how many people watch its programs. However, the online bookstore-turned-content provider has spent a mint developing and promoting The Grand Tour; the company has reportedly budgeted around $200 million for the first three seasons of the series, and has taken a full-court press approach to promoting it around the world in a variety of ways (including leaving demolished Toyota Priuses scattered around the planet).

Unlike Netflix and Hulu, which bill users on a monthly basis for access to their library of streaming video, Amazon bundles its original content into the $99-per-year fee for its Amazon prime suite of services, which also includes free two-day shipping on many items and access to a large audio streaming library. Amazon said The Grand Tour’s debut date noted the second-highest number of users signing up for the service of any day in 2016, though it did not offer specifics.

And in a twist sure to make some executives at the BBC smile, viewers in the hosts’ native Britain were the worst offenders when it came to pirating The Grand Tour, comprising 13.7 of all the illegal downloads. That’s not quite real irony, but it’s at least the Alanis Morrisette version.