The former Ohio senator was the fifth human being ever to go into space. 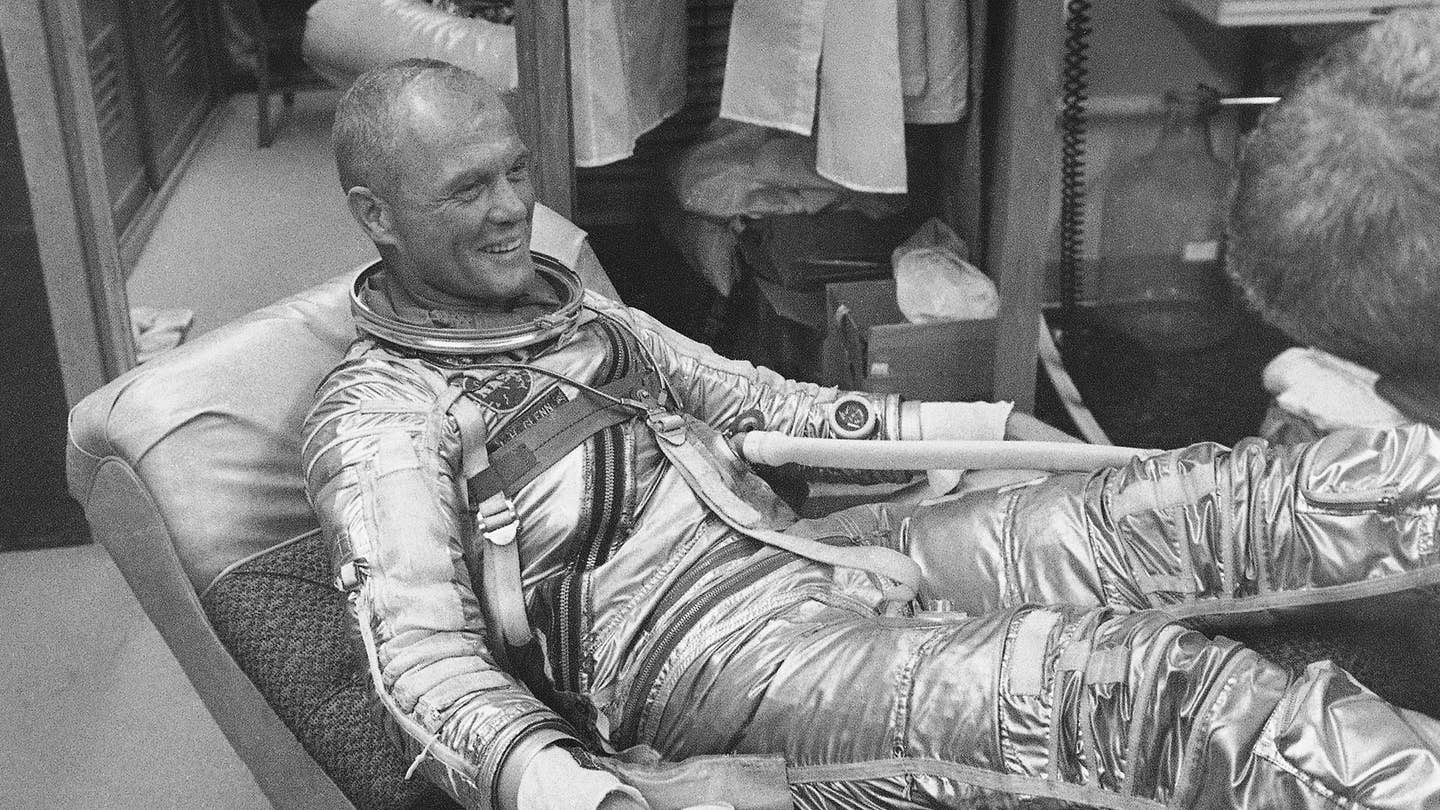 John Glenn, the first American to ever orbit the Earth who went on to serve as a United States senator for two and a half decades, died Thursday. He was 95 years old.

Glenn died in Columbus, Ohio, at the Ohio State University Wexner Medical Center. The cause of death was not immediately known, though he had been hospitalized more than a week ago, according to an OSU spokesperson.

He was the sole surviving member of the so-called “Mercury Seven,” the group of seven American pilots chosen to become NASA’s first astronauts. On February 20th, 1962, he became the first American and the third person ever to complete an orbit of planet Earth aboard the single-seat Mercury spacecraft known as Friendship 7.

He retired from NASA in 1964, and—at the reported urging of Robert F. Kennedy—immediately announced his candidacy for the U.S. Senate in his home state, Ohio; however, a bathroom accident shortly after that left him concussed prompted him to drop out of the race. He eventually made it to the Senate, however, winning election as a Democrat in the year 1974.

Glenn would go on to serve in the Senate for four terms, until his retirement in 1999. During that time, he served on the Foreign Relations Committee, the Armed Services Committee, and as chairman of the Committee on Governmental Affairs; he also helped author the Nuclear Non-Proliferation Act of 1978. Glenn also ran unsuccessfully for both the Democratic vice-presidential nomination in 1976 and the presidential nod in 1984.

He would return to space again in 1998, as a payload specialist on the space shuttle Discovery during the STS-95 mission to partake in a medical study. The mission made Glenn, then 77 years old, the oldest person ever to go into space—a record that still stands (or rather, floats) today.

Before his NASA career, Glenn served as a pilot in the U.S. Marine Corps during World War II and the Korean War, flying fighter aircraft such as the F4U Corsair and the F-86F Sabre. (For a brief time during the Korean War, Boston Red Sox left fielder and Marine reserve pilot Ted Williams served as his wingman.) After Korea, Glenn became a test pilot for U.S. Navy, during which time he completed the first supersonic transcontinental flight in a Vought F-8 Crusader in 1957.

John Herschel Glenn, Jr. was born July 18, 1921, in Cambridge, Ohio. He received his pilot’s license while in college in 1941, and dropped out soon thereafter.