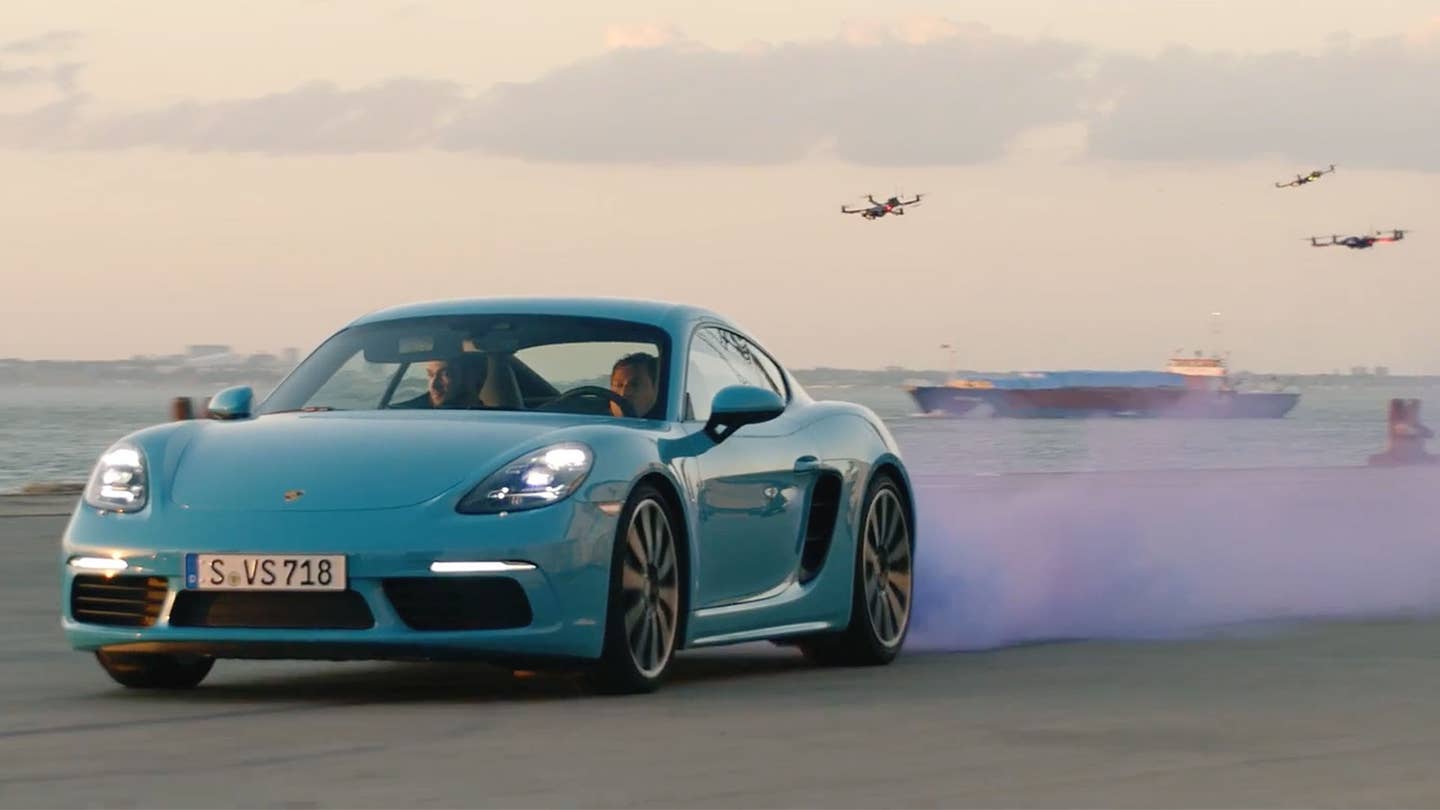 It seems like a scene from the next Terminator movie: A bright blue Porsche, blasting along the piers and through the warehouses of a waterfront complex, with a pack of buzzing drones in hot pursuit. Luckily for all of us squishy organics, however, these drones aren’t being controlled by some tyrannical cybernetic mind out to destroy humanity, but by a league of some of the world’s top-tier human racing drone pilots.

On the other hand, while an actual Terminator movie would probably feature the appropriately Germanic Arnold Schwarzenegger behind the wheel, the Porsche 718 Cayman S is occupied by stunt driver Mauro Carlo and a man known as Ali-A, who, sadly, is not a Sacha Baron Cohen character, but a YouTube celebrity known for recording himself playing video games. (Much like the gang from South Park, we at The Drive have no idea why that is a thing, but that’s neither here nor there.)

The chase might not be quite on the same level as one of James Cameron’s cinematic spectacles, but it’s damned impressive all the same. Porsche outfitted the Cayman with proximity smoke bombs, designed to let off a cloud of colored vapor whenever a drone comes close enough to count coup against the 718. Alia-A and Carlo’s task: to evade the drones long enough to hit three checkpoints across the Medway Port complex in Sheerness, England, rip-roaring and powersliding all the while.

So take a few minutes and check it out. Hey, it’s Thanksgiving weekend; what else are you going to do, talk to your family?