None of the injuries were life-threatening, reports said. 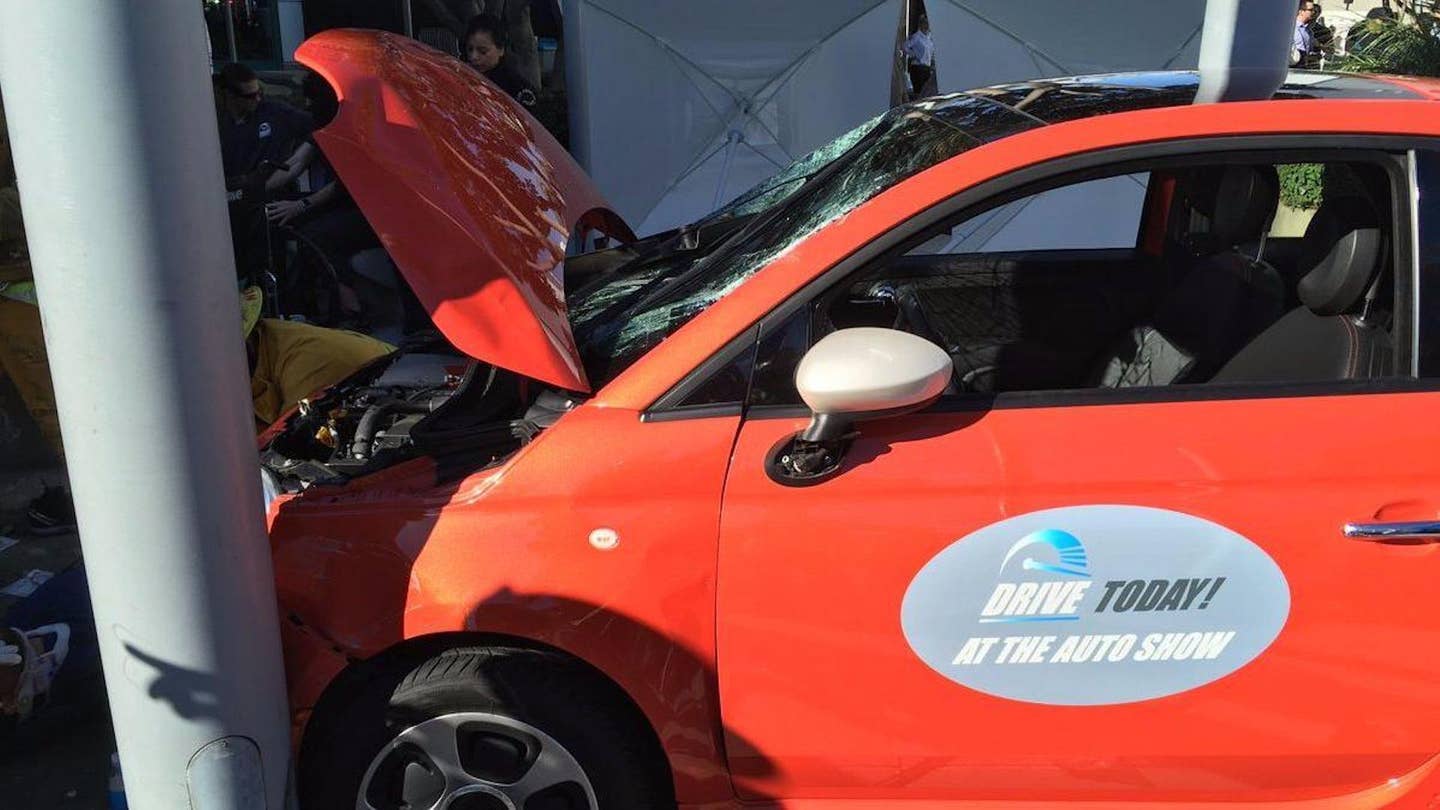 An electric Fiat crashed outside the Los Angeles Auto Show Monday during a test drive exhibition, injuring six people, according to reports.

The incident involved a 24-year-old man driving an electric Fiat 500 test vehicle onto a curb and smashing the small hatchback into a concrete pot at 1:13 p.m, The Los Angeles Times reported. The impact severely damaged the car and sent a shower of concrete pieces toward bystanders standing on a nearby sidewalk.

Eight people in total were checked out following the incident, but six were sent to local hospitals for non-life threatening injures, according to a statement from the Los Angeles Fire Department.

Sgt. Jack Richter, a spokesman for Los Angeles Police Department told The L.A. Times that it is possible the driver did not have a license.

The Fiat involved in the accident was shown in an image released by the LAFD with a sign that read "Drive Today! At The Auto Show.” The picture also shows the hatchback with its windshield seriously pushed in and with damage to its front bumper.

A video recorded by NBC Los Angeles shows an aerial view of the incident.

At this time, it is unclear if the car was being used as part of an exhibit arranged directly by the Los Angeles Auto Show or by Fiat's parent company, Fiat Chrysler Automobiles.

Test drives, like the one this Fiat was a part of, were stopped on Monday, but will resume this week and run until Nov. 27, Carscoops reported.

A spokesperson for the Los Angeles Auto Show released the following statement to The Drive over email Tuesday morning:

"We are working with the local authorities and have no further information at this time."

The Drive has contacted the LAPD for further information on this matter and will update the post if the department responds.