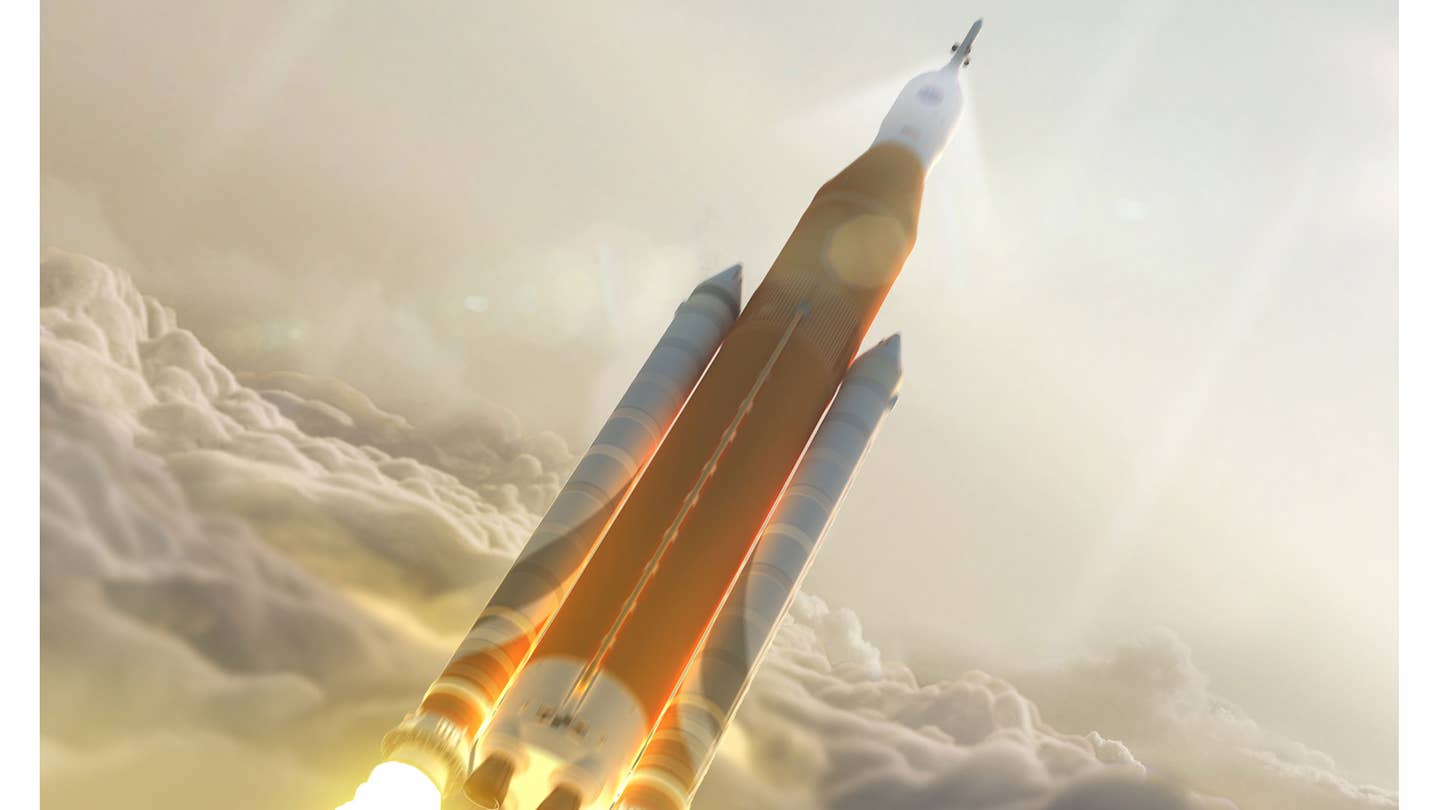 The American government’s planned methods of sending men and women into orbit may not be quite as locked-down as we thought. Yesterday, NASA made clear that it’s open to alternative methods of lifting people into space beyond the massive SLS rocket and Orion spacecraft the space agency has spent the last few years developing.

On Thursday, NASA released what it calls a Request For Information, or RFI—basically, an open letter to potential private sector partners—for ways to make the agency’s exploration programs more efficient by coming up with new ways to cut costs. That could involve finding ways to shave a few bucks off the multi-billion dollar annual budgets for the Orion space pad and the associated Space Launch System (a.k.a. SLS).

But, according to Ars Technica, if the likes of Elon Musk's SpaceX or Jeff Bezos's Blue Origins believe they can offer up a better way of punting cargo or people out of the atmosphere in the next five to seven years, NASA has no objection to that. Both of those tech billionaire-funded rocket startups are currently working on developing rockets capable of launching payloads large enough to carry manned missions or substantial amounts of cargo into low Earth orbit.

As with seemingly everything these days, Donald Trump’s ascendancy ties directly into the NASA RFI. Trump has repeatedly expressed his desire to refocus the agency on human space exploration—but as with much of his fast-approaching administration, the details remain vague. Given the uncertainty, NASA’s desire to explore alternative, cheaper methods of accomplishing its goals seems prudent, whether that means putting leverage on the agency’s current major contractors (Boeing and Lockheed Martin) or looking to new parties.

“This is NASA taking a breath and looking at alternatives,” a source told AT. “Part of why they also did it is they are signaling to the next administration that they may be willing to look at alternatives.”

The organization currently is shooting to launch one SLS/Orion mission every year starting in 2023. Under NASA’s current timeline, the U.S. intends to begin testing the systems needed for missions to Mars and near-Earth asteroids starting in the mid-to-late 2020s, with a one-year test flight of a Mars-capable ship somewhere around 2030. The SLS and Orion are expected to serve as the cornerstone of those missions, but as with every government program in this day and age...it’s all open to negotiation.