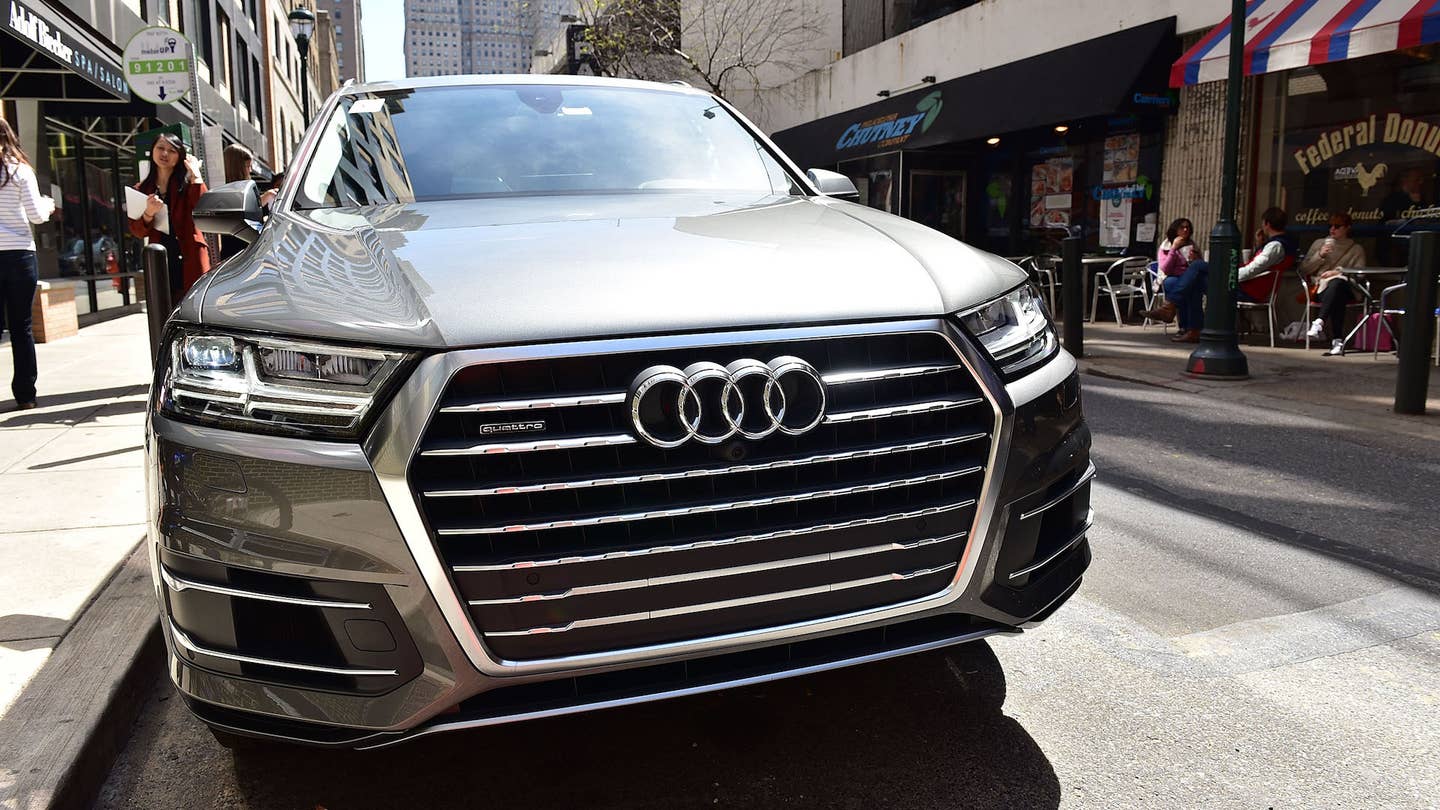 Some Audi models equipped with automatic transmissions used software that made the cars shift at lower engine speeds during tests, so they would consume less fuel and appear to be more efficient. Putting out less emissions means it expelled less carbon dioxide and nitric oxides. Which would be great..if the transmission didn't shift differently during real driving conditions.

"Adaptive shift programs can lead to incorrect and non-reproducible results" when the cars are tested, VW wrote in an email on Sunday in response to a story in Germany's Sueddeutsche Zeitung on Saturday, according to Reuters.

German newspaper Bild am Sonntag said earlier in November that the California Air Resources Board had found cheat technology different than the type VW admitted to in the Dieselgate scandal in an older Audi this summer. The software CARB found was able to tell if the car was actually driving on a road by seeing if the steering wheel was moving. If it believed it was being tested, it would switch shift programming to lower emissions.

"Audi has explained the technical backgrounds of adaptive shift programs to the Federal Motor Vehicle Authority KBA and has made available technical information," VW said, according to Reuters. The automaker also explained that it plans on speaking further with the KBA, the group who Germany contracted to dig into Audi's potential involvement in the emissions cheating scandal.

It is not currently clear which Audis were affected by the cheats. The Wall Street Journal reported that the software was used on top-level sedans and Audi SUVs, which suggests the cheat could apply to models like the A8 and the Q7.

This news is just one tiny grape on the long and tangled vine that is VW's Dieselgate scandal. The German automaker was forced to push aside $14.7 billion in a settlement with the United States Government after it became public that the company used emissions test cheating software in several cars equipped with its clean diesel engines.