Packing a supercharged 6.2-liter V8, for all the power you could want. 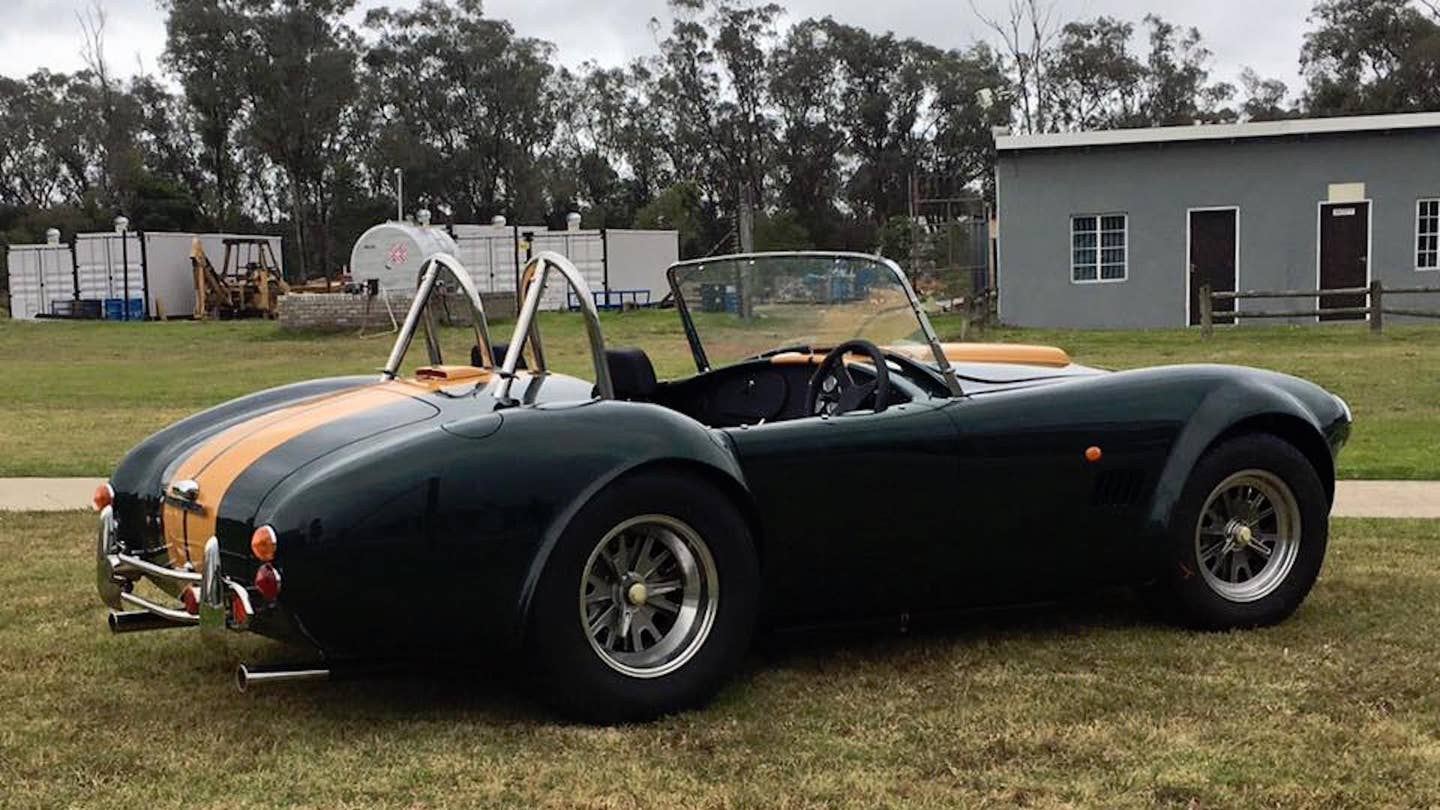 One of the most iconic sports cars ever to drive on asphalt is once again making a powerful comeback. AC Cars has begun hand-building the new Cobra Mk1 378, and we are hyped, hyped, hyped.

The new Cobra will have an option of either a naturally aspirated or a supercharged 6.2-liter V8 engine. (The "378" in the name refers to the engine's size in cubic inches, in case you were wondering.) The N/A motor puts out 440 horsepower—which sounds reasonable, considering how light the Cobra is. But if for some reason that isn't enough, the company also will offer a supercharged V8 delivering 550 ponies.

Either way, the new Cobras come with power assisted brakes and steering. For some of the more...shall we say, aged Cobra buyers, that could be quite the draw, considering the brutal reputation the Cobra has built up for itself over the years. Air conditioning is also available as an option, though, we can't see why anyone would opt for it in a car where you basically have air blowing in your face from every direction 24/7.

“It’s a quasi-modern car, you can use it every day if you want,” AC Cars main man Alan Lubinsky said to Autocar.

Pricing for the Mk1 has not yet been finalized, but Autocar is reporting it will fall right around $110,000. AC also said it would not be capping production numbers for the new Cobra, so there's no rush to grab it if you don't have the cash handy.

With production starting up now, AC expects first customers to see their cars in February or March 2017, Autocar reports. For the moment, sales are aimed at the European market, but AC is also looking to sell the Mk1 in China. Interested buyers in America will also hopefully get their chance at buying the re-upped Cobra...once the laws that allows AC to sell the car here goes through.

“We are waiting for new US low-volume manufacturing rules [the HR22 low-production replica car bill] to be finalized so we can sell the car there,” said Lubinsky.

The news is part of a mini-renaissance for the classic sports car. In September, The Drive reported on how AC would be producing nine original-spec Cobras that it would be selling for around $666,000. This new Mk1, then, is a much cheaper alternative—albeit one that's a little less perfect. But who cares about authenticity when you have 550 horsepower?