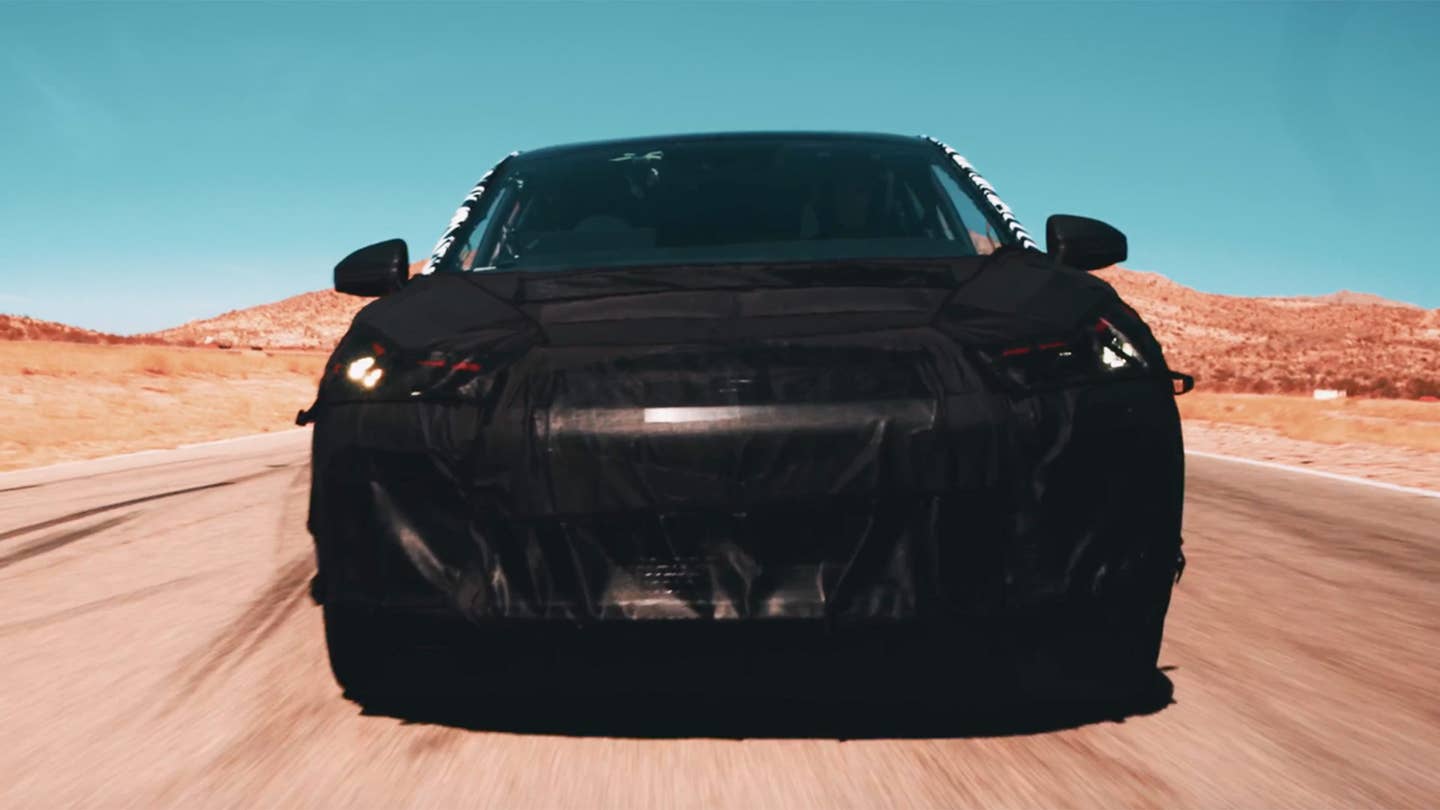 With automotive manufacturers of all sizes on the verge of launching new electric cars that pack real-world-usable levels of range, the battle for coverage is growing more heated by the day. So if you’ll pardon the pun, we’re not shocked to see Faraday Future teasing its upcoming electric crossover with a quick video. But it seems the fledgling carmaker is still being very, very cautious about letting anyone get a good look at its production EV.

The video is only 15 seconds long—it could have been split up into two Vines with room to spare, if that social media platform were still a thing—and shows off the electric vehicle through a series of quick shots of the car undergoing closed-track testing in the desert.

Well, “shows off” is a little bit of an exaggeration. The prototype used in the video is so heavily camouflaged, it’s hard to determine anything about the car other than that it’ll have headlights and taillamps...which shouldn’t exactly come as a surprise. (The company told The Verge that more videos of the vehicle will be released in the coming months.)

Faraday has said it will reveal the oblong wagonoid at the Consumer Electronics Show in Las Vegas next January—the same trade show where the company revealed its FFZero1 concept car last year, much to the irritation of an audience expecting a production vehicle. Our own Alex Roy caught a glimpse of the production car, however, describing it as “some kind of insane offspring of a minivan and a Citroën XM.”

But Faraday, we know you’re still new at this whole car thing, so let us give you a quick tip. If you’re gonna tease a car, you really should show us a little bit more than we’ve already seen of it.