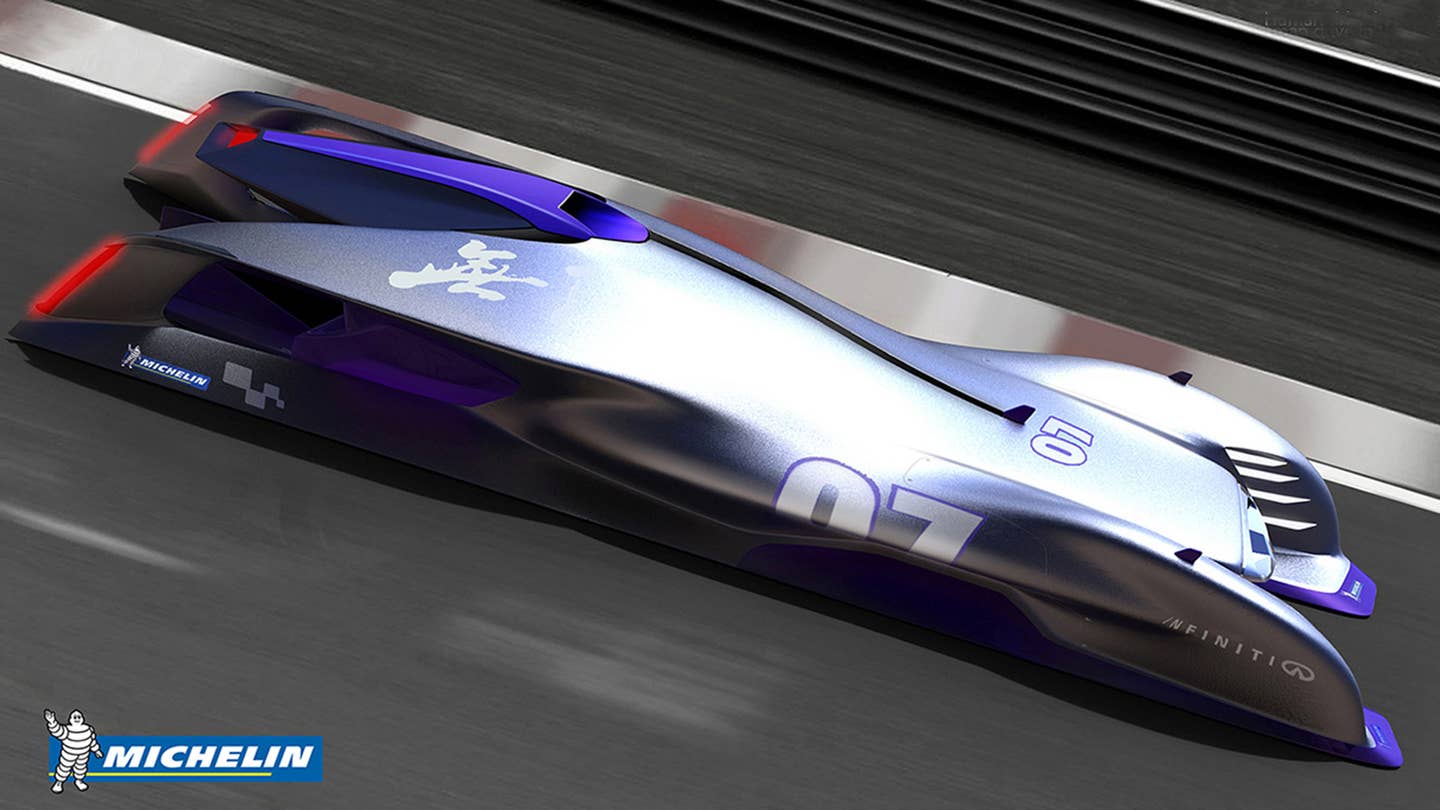 We’ll be the first to admit that we’re suckers for faster-than-life race car concepts. From laser-powered Chaparrals to long-tailed Porsche hypercars, from ground-sucking Red Bull racers to production-esque Bugattis, we’ll ogle them all, every chance we get. So suffice it to say, we spent quite a bit of time drooling over the future race cars imagined for Michelin’s “Le Mans 2030” design competition.

The vehicles below—a group comprised of three podium finishers and seven finalists—were culled from a group of more than 1,600 applicants. Michelin assembled a team of world-class designers and other industry automotive folks to judge the contest, including people from BMW, Hyundai, Ford, GM, and Honda.

First place went to Tao Ni of China, for his depiction of an Infiniti endurance racer of the year 2030. Daniel Bacelar Pereira of Portugal took second, for his retro-futuristic Bentley race car; the bronze medal went to Kurt Scanlan, for his startlingly-upright Martini-liveried Cierzo. (We’ve included the rest of the winners’ names along with their pictures in the photo gallery below.)

Ni, Pereira, and Scanlan will be invited to accompany Michelin to the 2016 Detroit Auto Show; Ni will also be recognized at the actual 24 Heures du Mans race next year.

You can check out all 10 of the futuristic race car concept finalists in the photo gallery below. And if something in those fantastic illustrations sparks inspiration in your mind, Michelin has already begun taking applications for next year’s design competition on its website.