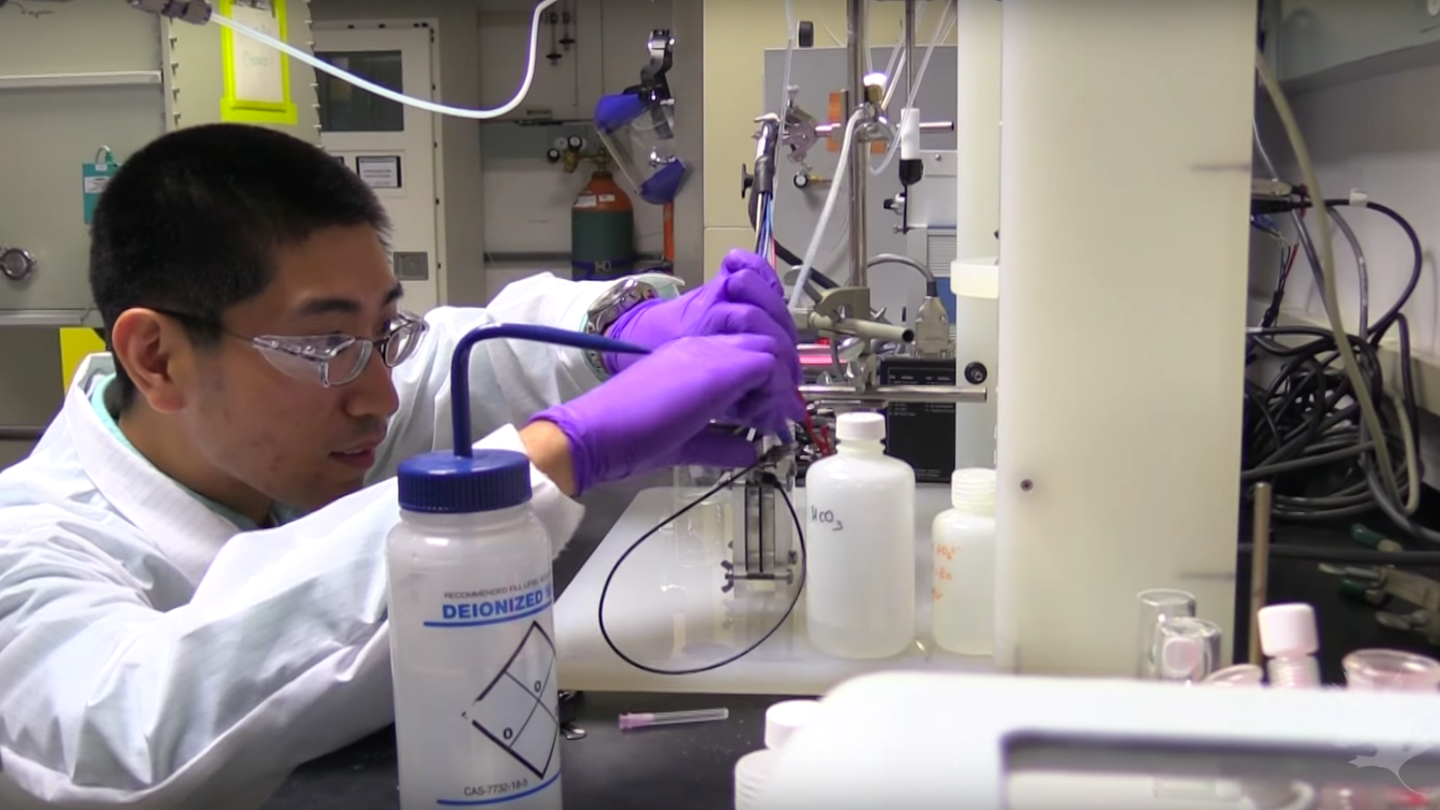 Scientists in Tennessee have accidentally discovered a method to convert carbon dioxide, one of the most serious causes of climate change, into ethanol for use as a fuel for internal-combustion motors. This newfound ability to recycle the greenhouse gas could potentially help slow global warming.

“We discovered somewhat by accident that this material worked,” said Adam Rondinone, an author on the research group's study journal, in a press release. “We were trying to study the first step of a proposed reaction when we realized that the catalyst was doing the entire reaction on its own.”

Researchers at the Oak Ridge National Laboratory found that by putting copper and carbon together to create nanospikes on silicon, exposing the matter to carbon dioxide dissolved in water, and electrifying it, the solution was transformed into a surprisingly-highly-concentrated blend of ethanol.

“By using common materials, but arranging them with nanotechnology, we figured out how to limit the side reactions and end up with the one thing that we want," Rondinone said.

As Popular Mechanics notes, unlike other CO2-to-fuel converting processes, this method puts more common materials—carbon and copper—to use. Also, the final product is ethanol, which is already a relatively commonly-used fuel that has plenty of engines capable of burning it.

Currently, the research behind this new process is still in the early stages. The scientists are continuing to study the method to make it even more efficient and to learn more about how it could be put to use in a large-scale operation.

Corn flakes, the microwave, the Slinky...and now, a new way to make fuel that might not destroy the world we live in? The long list of happy accidents may have just been expanded.