It certainly won't for the next two models years. 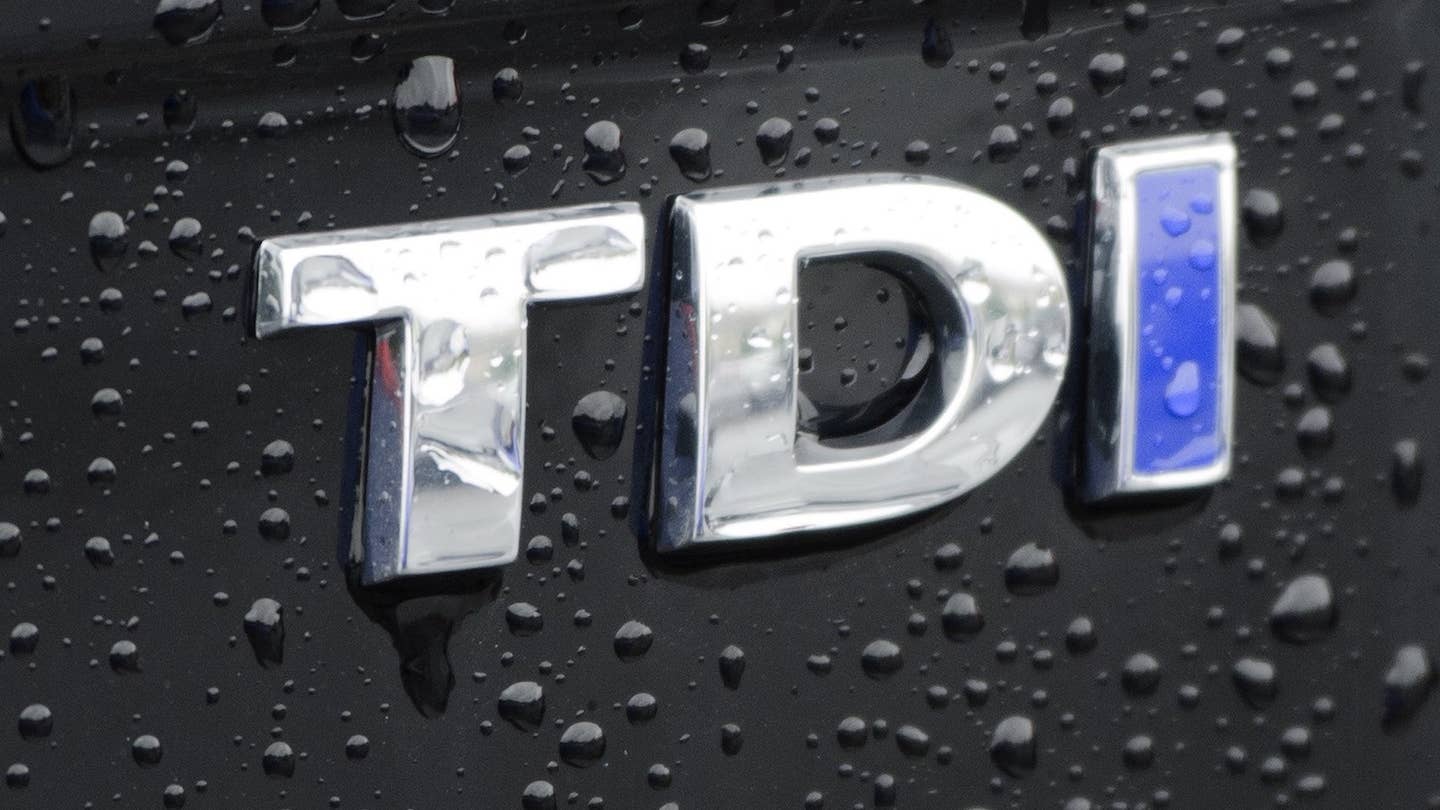 Official documents filed by lawyers representing Volkswagen stated the automaker would not be selling 2016 and 2017 model year diesel cars in America, Reuters reports. This finding follows the United States government's ban that has prevented the German automaker from selling new diesel cars in the States since late 2015, in the wake of the emissions-cheating scandal commonly known as Dieselgate.

This report comes after an announcement from VW earlier in September saying it is possible the automaker may never sell diesel cars in America again, Reuters reports.

VW also confirmed on Friday that it will be using $1.21 billion as a payout to the 652 American dealers who were affected in the fallout of the emission-cheating schemes as part of the total $16.5 billion the automaker has set aside for a settlement. Each of those dealers will collect an average of $1.85 million over an 18-month span.

On top of that $16.5 billion tab, VW is still facing what could be billions of dollars in civil and criminal U.S. fines for breaking federal emissions standards. and is looking at what may be a pricey buyback of 85,000 3.0-liter diesel-equipped engines if the company is unable to engineer a suitable fix. Justice Department court documents said on Friday that regulators are currently working to engineer "a technical solution that reduces the emissions of these vehicles," Reuters reports.

Four hundred seventy-five thousand VWs in America optioned with the 2.0-liter TDI diesel engine are involved in a program where the automaker will be either buying the cars back from the owners, or offering a regulator-approved fix to the owners of the cars.