Uber Will Soon Be Legal in China

Ride-hailing companies have been operating in a legal gray area. 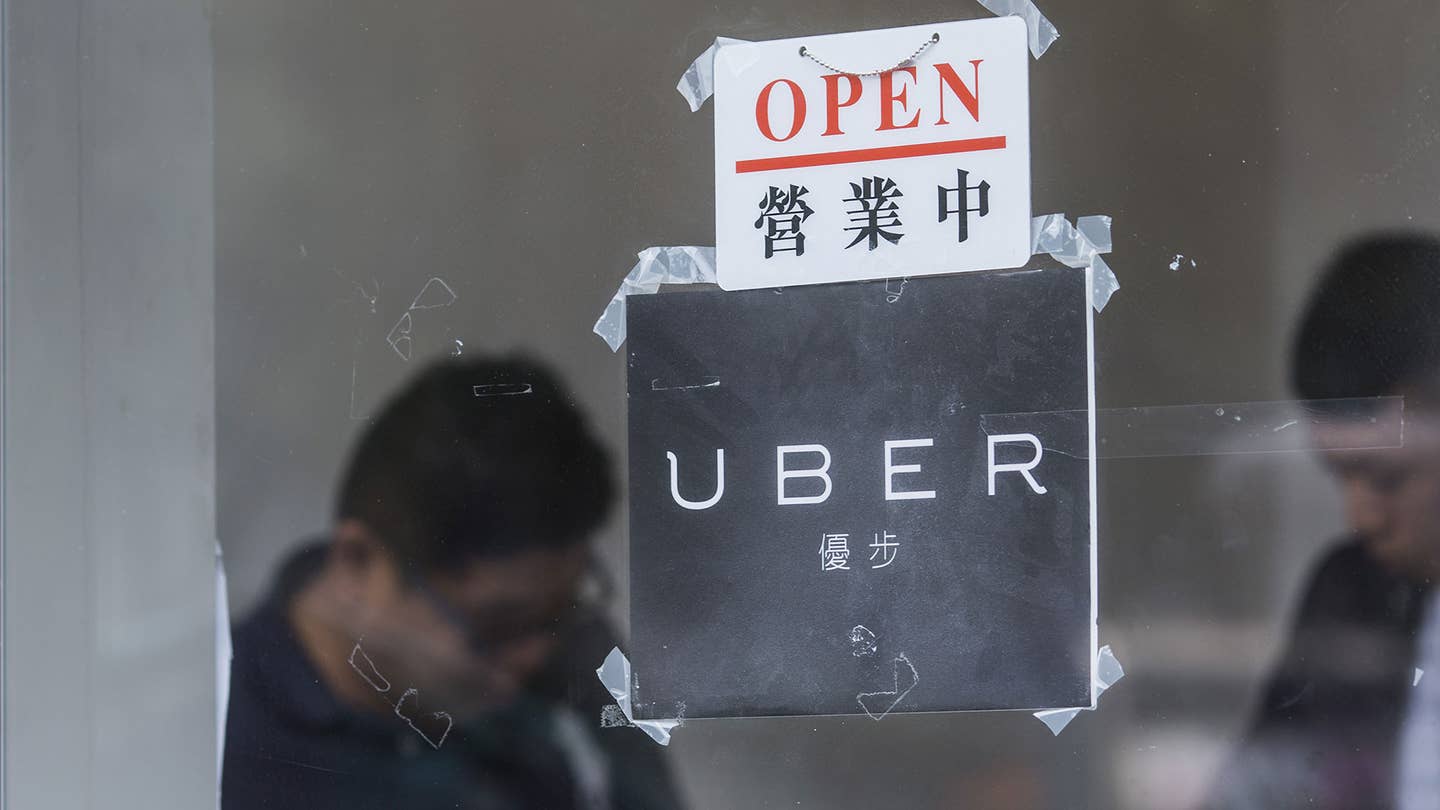 Thanks to updated laws expected to be made public sometime Thursday, companies like Uber will begin operating legally in China starting in November. Until now, app-based ride-hailing companies in the massive Chinese market have been operating in what is considered to be a legislative gray area.

Bloomberg reports that China's transport ministry is poised to announce the country will legalize the operations of companies like Uber and the China-based Didi Chuxing. The country's official approval to the taxi services will include specific laws and requirements that the ride-hailing companies will be forced to abide by. China will reportedly require these taxis to be removed from service once their odometers hit 600,000 kilometers (roughly 370,000 miles), and active vehicles must be outfitted with alarm systems and GPS. Operators will not be allowed to have criminal records, and they will also forced to register with local taxi management officials.

Previously, employees of the app-based taxi companies were concerned the laws that China might decide on would be too restrictive for the services to be performed as planned. China's initial proposal, submitted last year, would have made it more difficult for non-professional drivers to give rides for money, limited how many drivers could be issued licenses for this kind of work, and would have been more restrictive on the types of cars that could be used for taxi use. The final version, however, is designed to encourage private car-sharing—so long as drivers abide by the rules.

While Uber and Didi have been operating side-by-side in the gray market, they have also been fighting head-to-head, battling for bragging rights and revenue as each attempts to become the ride-hailing service of choice in China. Now that government officials have given the companies the legal green light, it seems likely the fight between those companies could become even more vicious.