Future Mazda Miatas Should Be Even Lighter, Thanks to Carbon Fiber

Carmaker is working on cheaper forms of the wonder material. 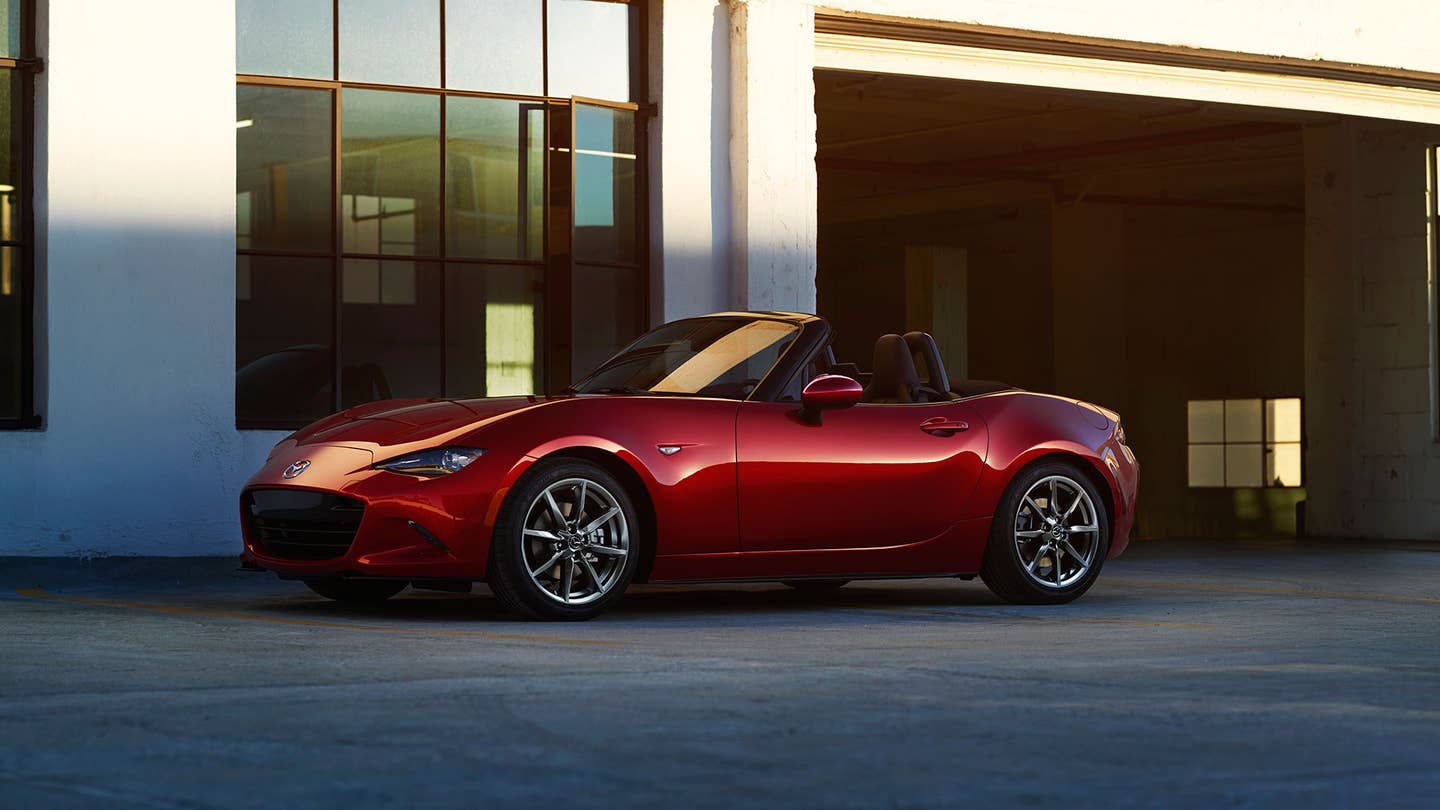 As if it already weren't a featherweight in a world of roadgoing behemoths, the future Mazda Miata will likely be even lighter than today's car, according to one of Mazda's higher-ups in charge of the tiny roadster.

According to MX-5 program manager Nobuhiro Yamamoto, the next-generation Miata will stay around the same size as the current car, but weigh in below the current convertible thanks to broader use of lightweight materials. The current car, which is lighter and smaller than the previous model, weighs in at around 2,300 pounds.

"The size is right," Yamamoto told Autocar, prompting an irritated grumble from long-legged gearheads the world over. "But in the future lightweight materials will be very important and will be used in this car." Carbon fiber will be a key to this strategy, Yamamoto said, adding that Mazda is current working on developing less-expensive forms of the woven material.

And that tradeoff means the next-gen Mazda Miata could also downsize its engine. Indeed, Autocar claims the carmaker could even lop a cylinder off the MX-5's inline-four, but that would run counter to reports that Mazda has ruled out two- and three-cylinder motors due to NVH issues. The carmaker currently offers a 1.5-liter engine as standard equipment in the Miata in some markets, though all U.S. cars use the larger 155-hp, 2.0-liter I-4.

Of course, with the fourth-generation MX-5 Miata still fairly fresh—it first reached showrooms around a year ago—it'll be some time before we can lay our hands on this carbon-fiber-bodied Miata of Tomorrow. The fifth-generation MX-5 isn't expected to go on sale until 2021 or so. Which should be plenty of time for Subaru and Toyota to come up with their own ways of lightening the BRZ and 86 even further to match Mazda's moves.