Look at Toyo, putting the “rad” in radial. 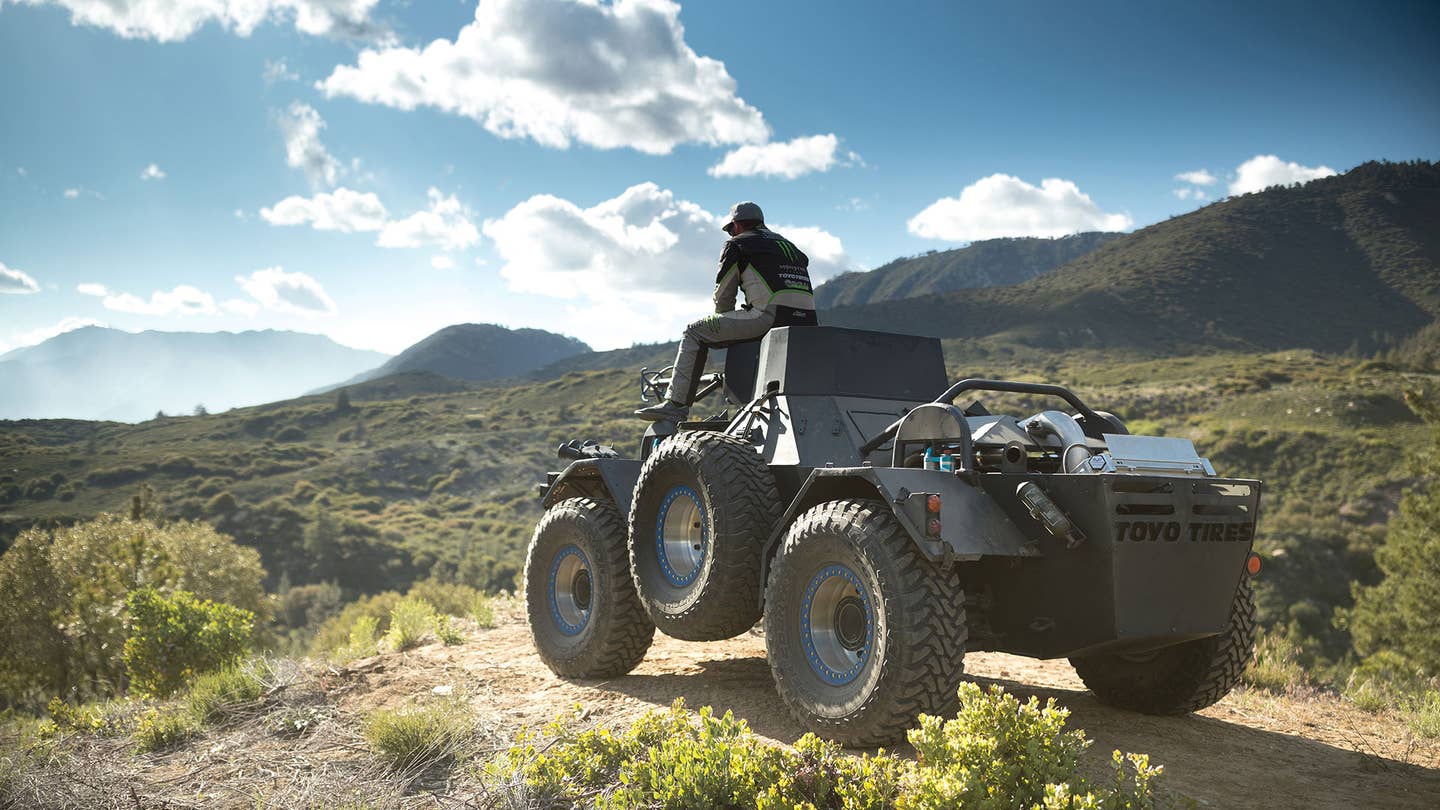 How to sell something pedestrian, say hand lotion? Show the world’s most beautiful humans using the stuff on top of the Swiss Alps in a state of ultimate bliss. Voila: scented glycerin is sexy. With their new video ad campaign, Toyo, a manufacturer of tires, has taken the same route. Instead of showing Toyo tires as they’re most often used—on an 8-year-old Honda Civic in traffic on the way to an office park—Toyo instead build a monstrous, six-wheeled, off-road racing vehicle based on the Ferret, a British military vehicle from the late 1950s. And just like that, rubber, this noble commodity, is hard-charging! And cool!

In order to imbue tires with the sex appeal and dynamism of a handsome ninja, Toyo employed two rough-and-tumble players, each tougher than the last. First, the vehicle. The Ferret was conceived in Britain after World War II as a “light reconnaissance” truck, privileging off-road ability, speed and maneuverability over size or armor. It left the factory with four wheels, a large Browning machine gun and an asthmatic, 130-horsepower inline-six—albeit a six with an aristocratic, Habsburg-aping wheeze, as it was manufactured by Rolls-Royce.

This version, after being purchased by Toyo and worked on by Action Vehicle Engineering, sports six wheels, a big Chevrolet LS V8 and a powerful winch instead of the machine gun. The two middle wheels are not powered, but can be hydraulically raised and lowered in order to disperse the vehicle’s weight over loose surfaces or keep it from being high-sided on steep break-overs. All six knobby tires are, of course, made by Toyo.

Then, there’s the driver, off-road driving champion, BJ Baldwin. At the wheel of the #97 Monster Energy truck, Baldwin has won 7 national off-road racing titles. He gets the little Ferret up to unreasonable speeds over dirt roads, through forests and, even, through a small river. To a heavy-metal soundtrack, the Toyo-clad Ferret dances and jumps like no 66 year-old mini-tank has a right to. Just like that, tires are sexy.