A man tossed a dummy bomb into a police van, then barricaded himself in a Chrysler Aspen. 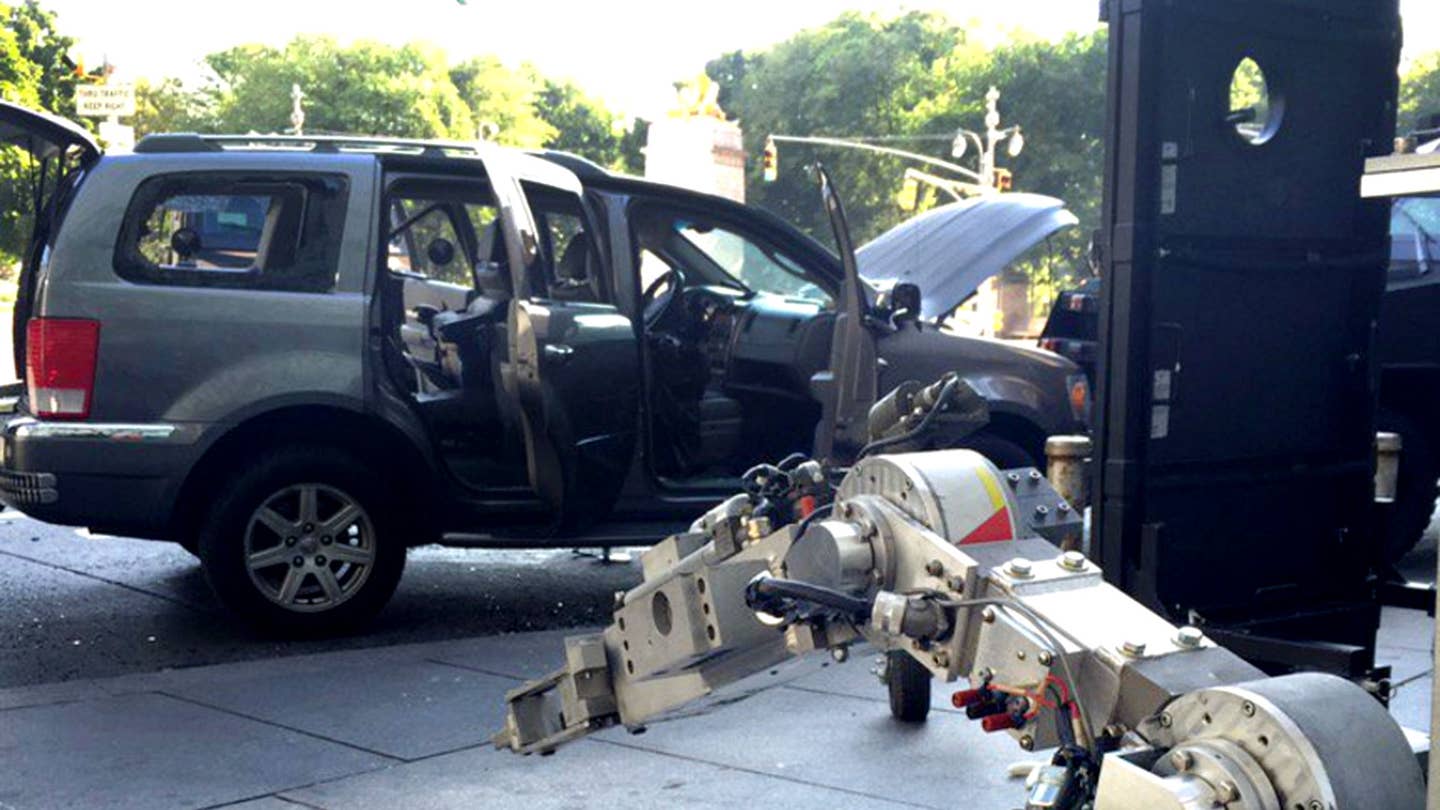 A man was taken into custody Thursday morning following an all night stand-off that began when the suspect threw a "make-shift device" into a police van in Times Square. After fleeing the highly populated area, the man hid in his vehicle at New York's Columbus Circle Thursday, telling officers he had explosives at the ready. Ultimately, the man was not in possession of any explosive devices.

A sergeant and an officer with the New York Police Department were in a marked police van in the middle of Times Square last night when a man—later identified as 52-year-old Hector Meneses—threw what appeared to be a bomb into the vehicle, DNAInfo reports. After observing the object clicking and blinking, the police drove away from the densely-populated to minimize any potential injury. However, the object was deemed a hoax by the NYPD bomb squad.

Hours later, the suspect was found inside his 2008 Chrysler Aspen SUV less than 20 blocks north in the Columbus Circle area. James O'Neill, NYPD's Chief of Department, told reporters when police approached him, the man donned a red plastic helmet and refused to respond to officer's commands. Meneses told officers he had explosives inside the car, which prompted a full, armored vehicle response from the bomb squad and the Emergency Service Unit. (Video captured by on-scene responders shows the unidentified "bomb.") After almost six hours of standoff, officers decided to remove Meneses from the vehicle.

No one was injured as Meneses was put on a stretcher and taken into police custody. The man had no prior arrests and no history of psychotic behavior, the New York Daily News reports. A preliminary search of his vehicle yielded no weapons or explosive material.