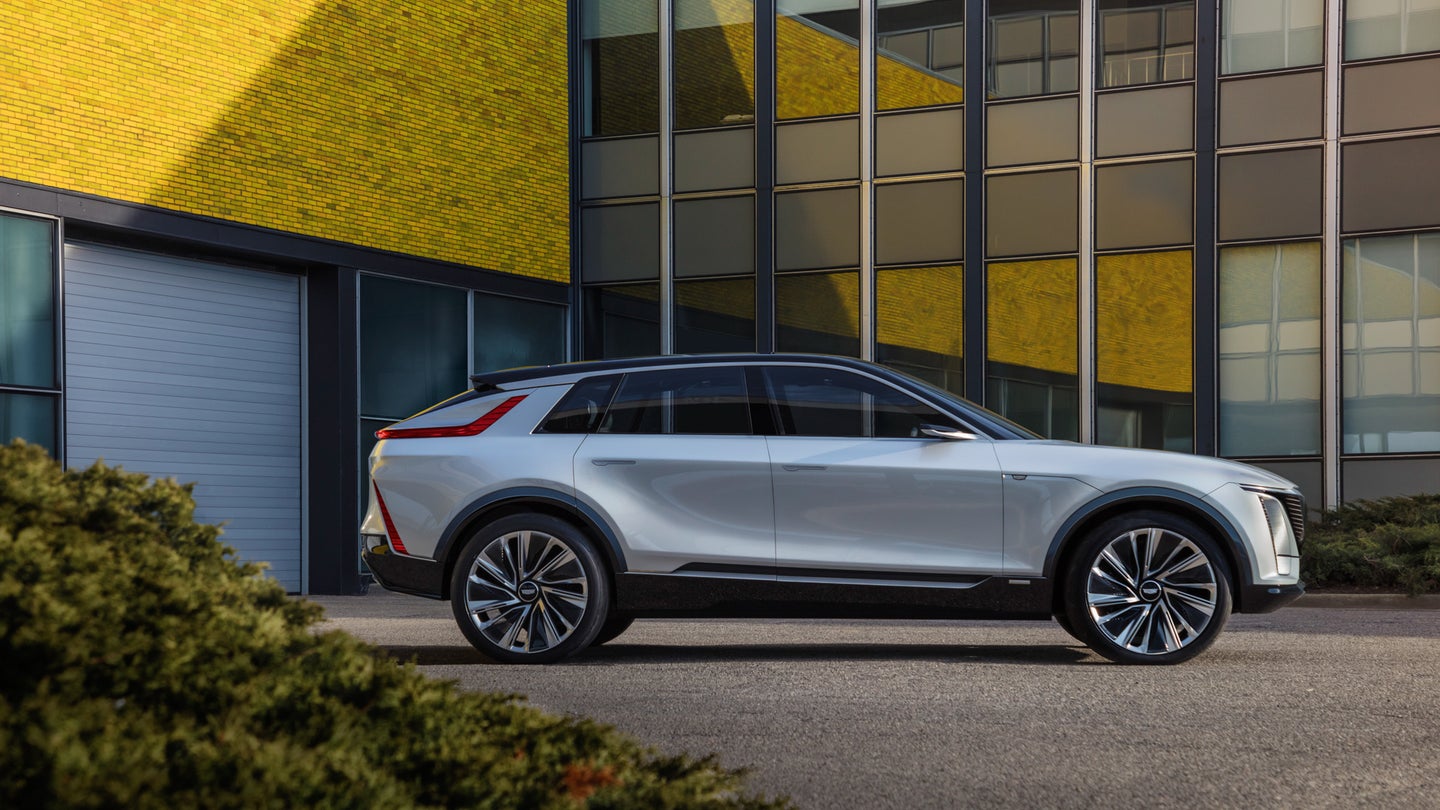 The first 2023 Cadillac Lyriq production model rolled off the assembly line at General Motors' Spring Hill, Tennessee plant on Monday. The inaugural Lyriq represents a key moment for Cadillac as it's the brand's first-ever battery-electric vehicle, one that it hopes will set the stage for a sales and reputation boon.

GM President Mark Reuss told reporters during an event at the factory, “This is bringing Cadillac back to leadership, back to tier one luxury, and really getting an American luxury brand recognized and highly desirable, both from a design technology and engineering standpoint.”

The Lyriq had already begun pre-production earlier in the year at the Spring Hill factory, but today's announcement marks the first consumer-ready model. The EV is an important step for Cadillac itself, with pre-orders of the electric crossover selling out within minutes of their opening back in September of last year. While orders won't re-open until May 19 to allow the factory to catch up with already-claimed vehicle production, Cadillac Vice President Rory Harvey has said that 240,000 potential customers have already expressed interest. That's not necessarily 240,000 buyers, of course—it's called window shopping—but Harvey said, "We have yet to tell how many of those [potentially interested consumers] will translate into customer orders, but the amount of demand at the moment is absolutely huge."

For quick reference, the Lyriq is estimated to offer more than 300 miles of range per charge with 340 horsepower and 325 pound-feet of torque. At launch, it'll only be available in rear-wheel-drive spec, but an all-wheel-drive variant is said to be on the way.

GM has already announced that the Spring Hill plant will build 25,000 Lyriqs this year, and the plant has the ability to churn out around 200,000 cars total per year. Right now, that number is split between the Lyriq EV, the gas-powered Cadillac XT5 and XT6, and the GMC Acadia. There's a lot of flexibility, apparently, that could result in way more Lyriqs per year if demand requires it.

The Lyriq production line represents a $2 billion investment in the Spring Hill factory, intended to retool the plant to produce both internal combustion-powered crossovers and new electric ones like the Lyriq side-by-side. This, along with the $2.3 billion Ultium battery manufacturing plant that's opening nearby next year, means that EV production is only going to ramp up from here as GM's electrification push intensifies. Now Cadillac's hoping to be a key part of that.

GM President Mark Reuss shared the news on his LinkedIn, along with a picture of the EV.