They unlock Demon power levels without the price or exclusivity. 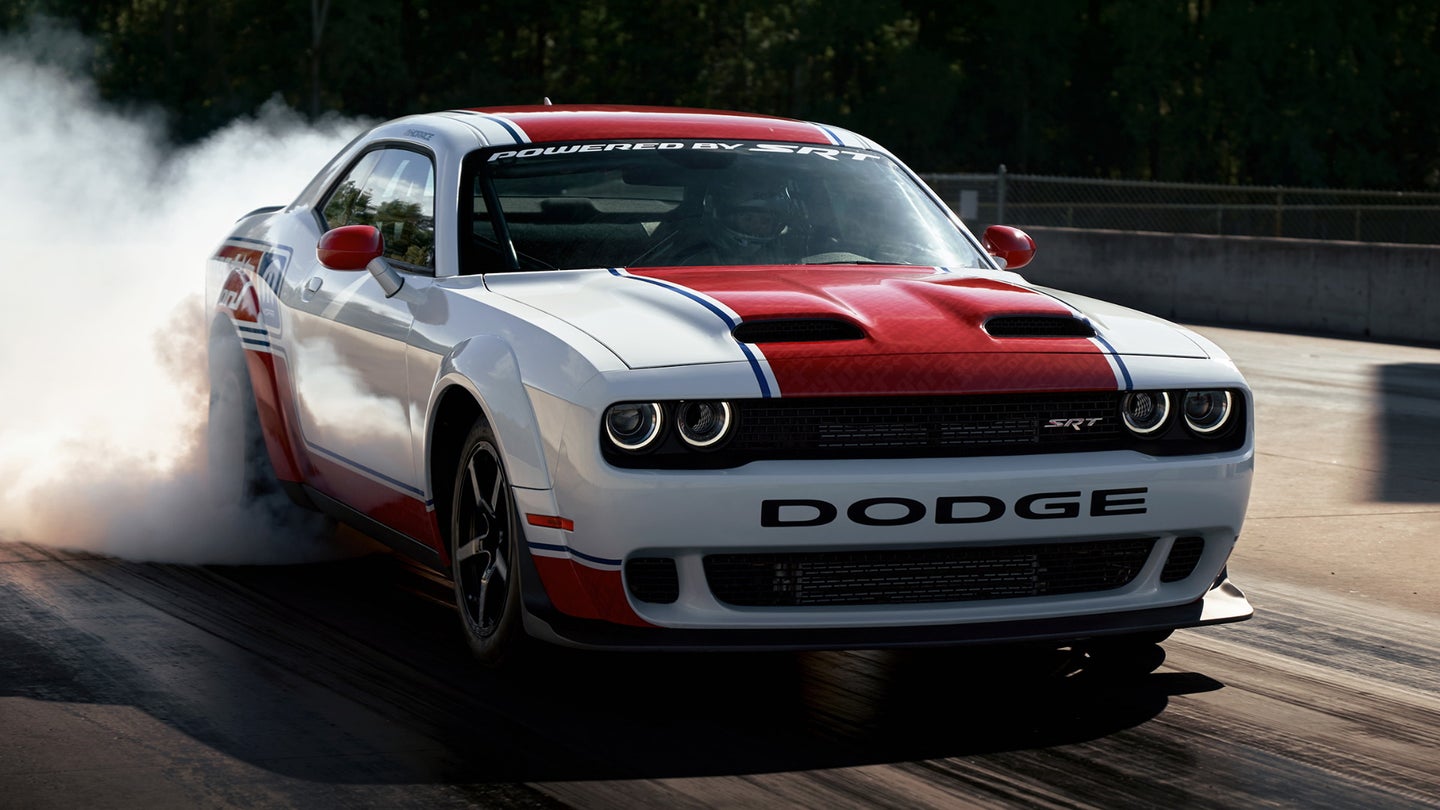 Last month, Dodge announced its plan to bring back the Direct Connection parts catalog that was first introduced in 1974. It's now delivering on that promise, releasing a line of new go-fast mods for the Challenger. They're impressive, for sure, but they might upset anybody who paid for an exclusive 808-horsepower Demon a few years back.

Most of what's in there is pretty straightforward: stronger drivetrain parts, intakes, tunes—all that you'd expect to see in a performance catalog. The Hellcat Redeye, though, leaps to immense power levels with just simple upgrades. By adding the Stage 1 kit alone, the popular muscle car from Dodge makes 840 horsepower. That's 32 more than the Demon on normal gas and equal with it on 100 octane. Thing is, the Hellcat Redeye wasn't sold as some limited-run, top-shelf car to select customers for $85,000 plus some truly huge markups. What's more, Stage 2 hardware boosts the Hellcat Redeye to even higher power levels.

Moving past that, the list of parts is super solid. Of course, many of them are sourced from existing Dodge vehicles; they're mainly intended for more pedestrian versions of the Challenger, so they're taken right off cars like the Redeye and sold in the catalog. Redeye parts now listed in the catalog include the car's higher-ratio rear end, heavier duty driveshaft and half-shafts, as well as a higher-stall torque converter. Also on offer are the Redeye's cylinder heads, which allow for a higher redline of 6,500 rpm, plus a power boost. The heads come completely pre-assembled with new gaskets and fasteners.

Much of the newfound power for vehicles equipped with the supercharged Hellcat Hemi comes from a smaller blower pulley diameter and a new tune. Dodge is selling the 3.17-inch pulley straight off its Hellephant crate motor, and when combined with 100-octane fuel, it boosts a Hellcat Redeye's output to 885 horsepower and 787 pound-feet of torque. This upgrade does require the purchase of the Pre-Stage and Stage 1 kits for the Redeye; the pre-stage kit consists of an OBD2-compatible engine tuner, a 180-degree thermostat, and a new intake.

If you have a regular Hellcat, there are goodies for you, too. The vital Pre-Stage kit adds just five horsepower if you don't go for anything else, but it's more of a base to build power on. If you go for Stage 1, output is boosted to 757 horsepower and 696 pound-feet of torque. Similar to the Redeye's Stage 2 kit, this upgrade also consists of the 3.17-inch pulley from the Hellephant crate motor, along with a tune.

There are plenty of parts for every Challenger model below the Hellcat, too. If you've ever wanted the hollow headlight intake from a Hellcat on your regular Mopar muscle machine, well, here's your chance. Also for sale is a full Hellcat front fascia, a Hellcat hood, and widebody fenders from the Demon.

More serious racers can get full crate motors, an entire pre-caged Challenger body certified by the NHRA to run as fast as 7.50 in the quarter-mile, and a ton of other aesthetic, suspension, and drivetrain mods to bring your build to the next level.

Importantly, all of these parts won't void the vehicle's warranty. In fact, they even come with their own unlimited-mile guarantee for 24 months, but only if they're installed at one of Dodge's specialist "Power Broker" dealers. If you bolt them up yourself, no dice. That being said, you can always call the Direct Connection hotline with questions or if you need advice at (800) 998-1110.

The full catalog can be viewed online here. In addition to this first batch, Dodge says to expect more parts for the Challenger in 2022.