The 2023 Genesis G90 Is Here and Everyone Loves It

And all that love is positively warranted. 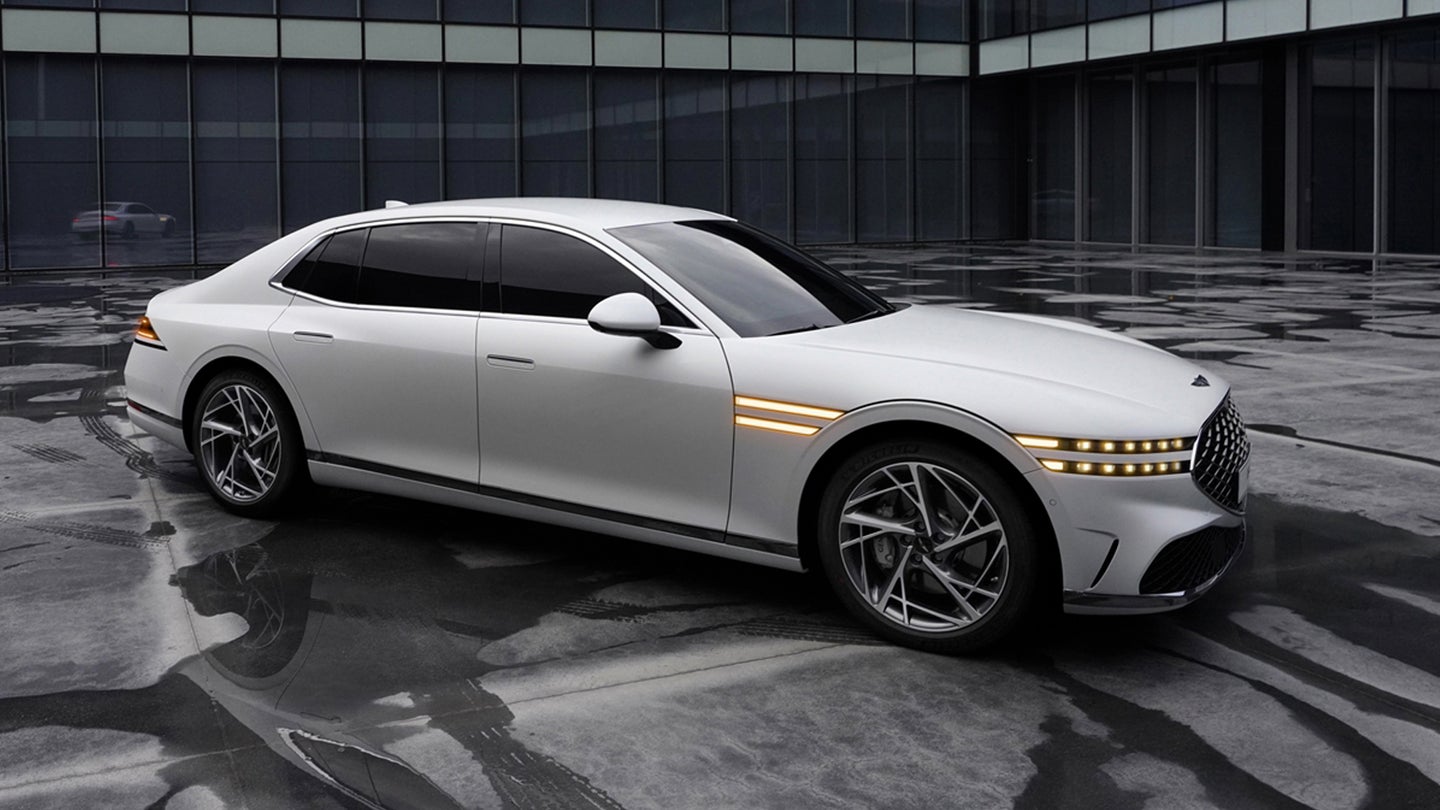 The Genesis G90’s last reinvention was in 2020 when it was subjected to a serious redesign that put Genesis' new styling on the map. Since then, Hyundai has been absolutely knocking it out of the park in terms of design, whether it be with the Genesis GV70 and GV80, and even models from Kia and Ioniq. The 2023 Genesis G90 flagship sedan is no exception, and people are straight-up loving it.

As you can probably tell by these images below, the G90 lends itself more to a gritty urban future than some sort of glistening coastal dreamland, with a body that is less stodgy and more aggressive than its predecessor. As a tweet from Ed Kim highlights, the G90 manages to be "classic and futuristic and ultimately stunning" at the same time.

The Genesis hallmark grille is still there and it's been reshaped to take up less of the front fascia while letting the lower air intake do some work to highlight the car's lines and extremely nice new headlights. It's not that the G90 was ugly before, but the rows of glowing LEDs now give it a properly modern accent. Also, this might be a weird observation, but the chains of lights and the grille look a lot like Princess Diana's necklace with the Revenge Dress, and frankly, that's a style inspiration I'm completely on board with.

And then there's the single-piece, clamshell hood that's really got people talking. It makes the lines of the car much cleaner and more modern. It's also a design that's not commonly seen in today's design space, so it makes it extra refreshing to see it from a non-European automaker.

As always, Genesis is very proud of its "Parabolic Line" in terms of the shape of the roof. I'd argue that there's no better way to make a sedan look better, especially as it's slightly updated the windows to fit the line better. It's all very harmonious.

At the rear, the taillights have been redesigned too. Their placement used to be under the badge, a little bit more dominant. There's now a cleaner, sharper top array that's more angular. The design now cuts across the trunk, with additional brake lights still down at the tail. The front and rear bumpers now also feature chrome detailing because well, it's rich people's cyberpunk future that we're all just living in now.  What do you think about the 2023 Genesis G90? 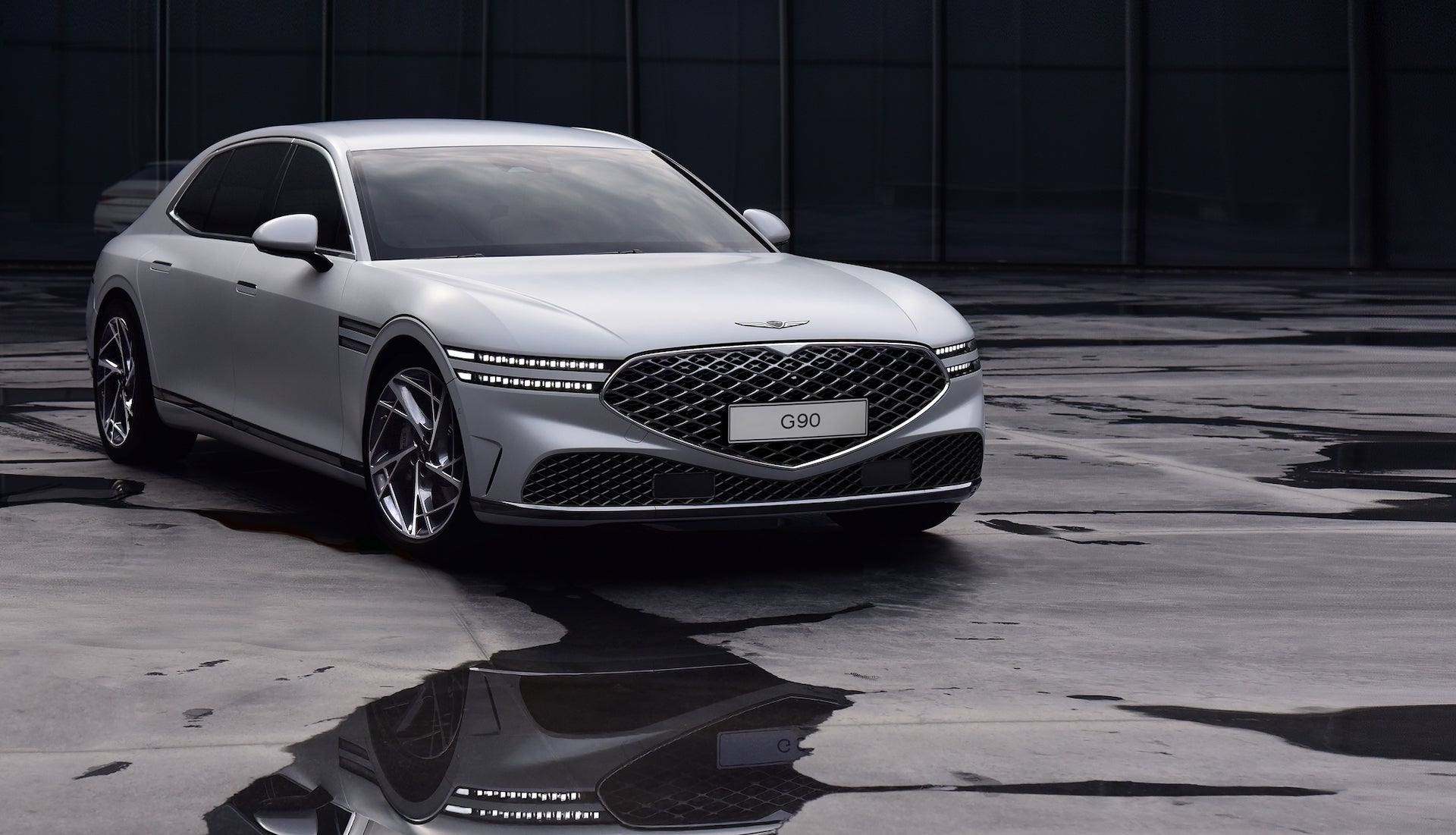 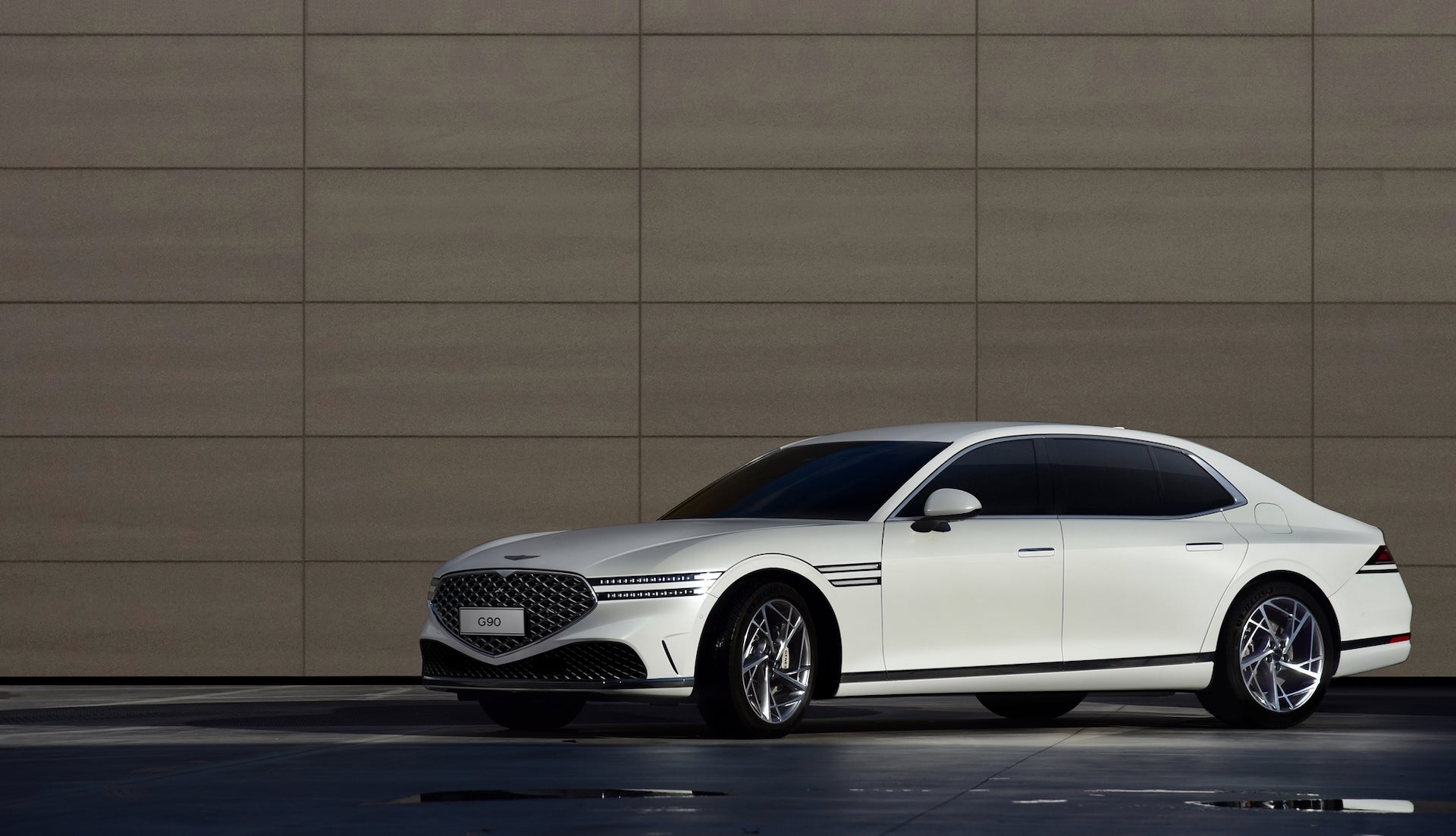 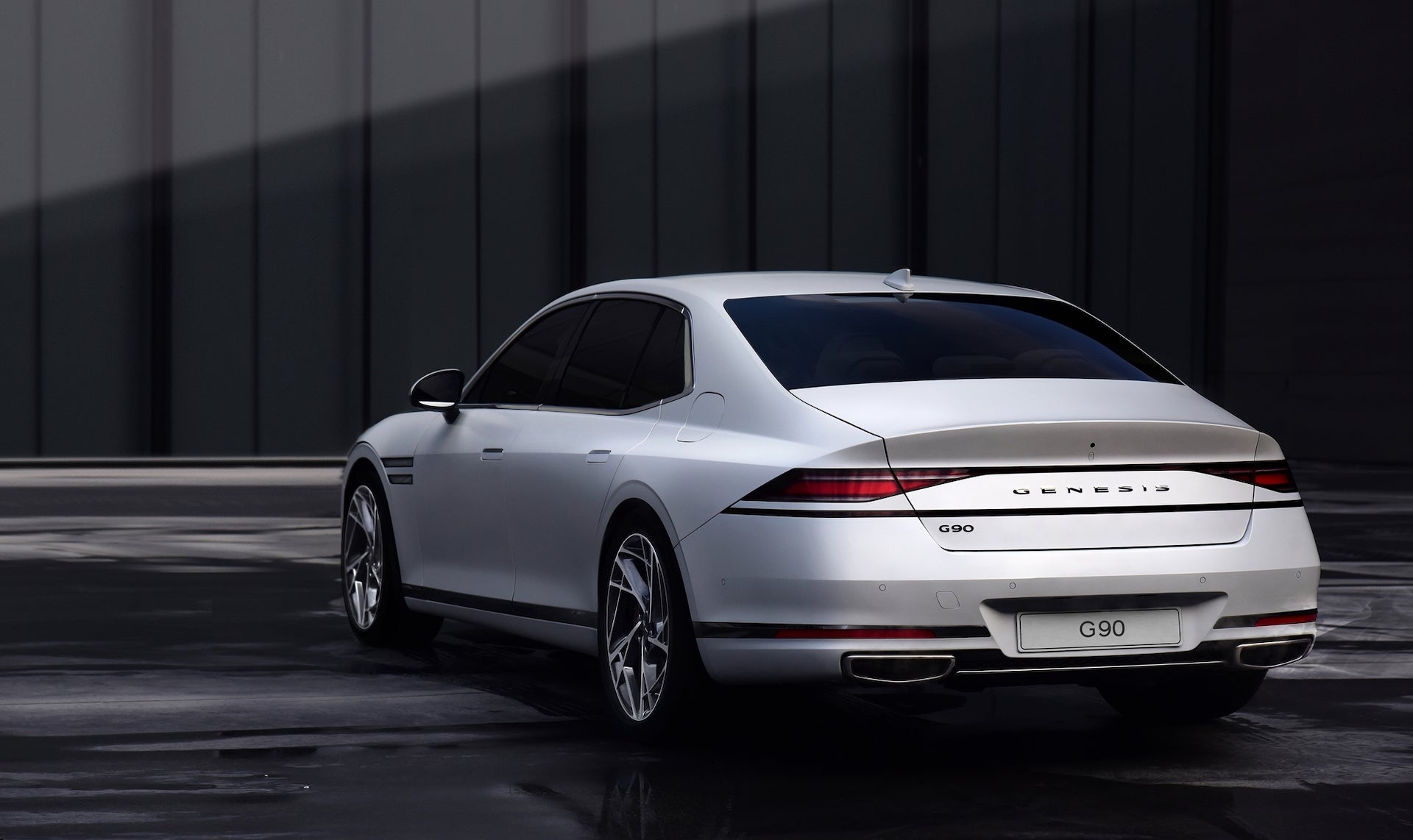 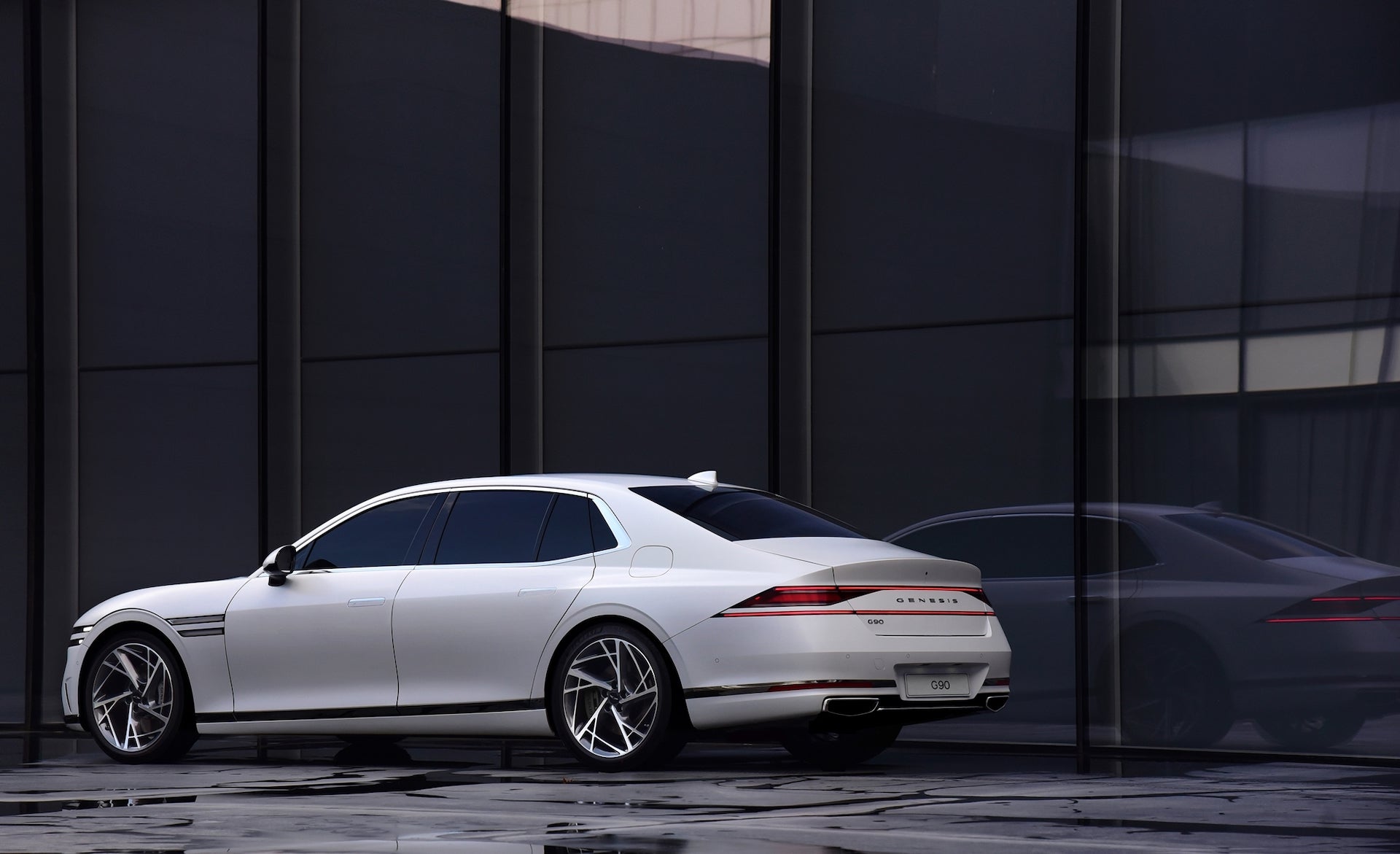