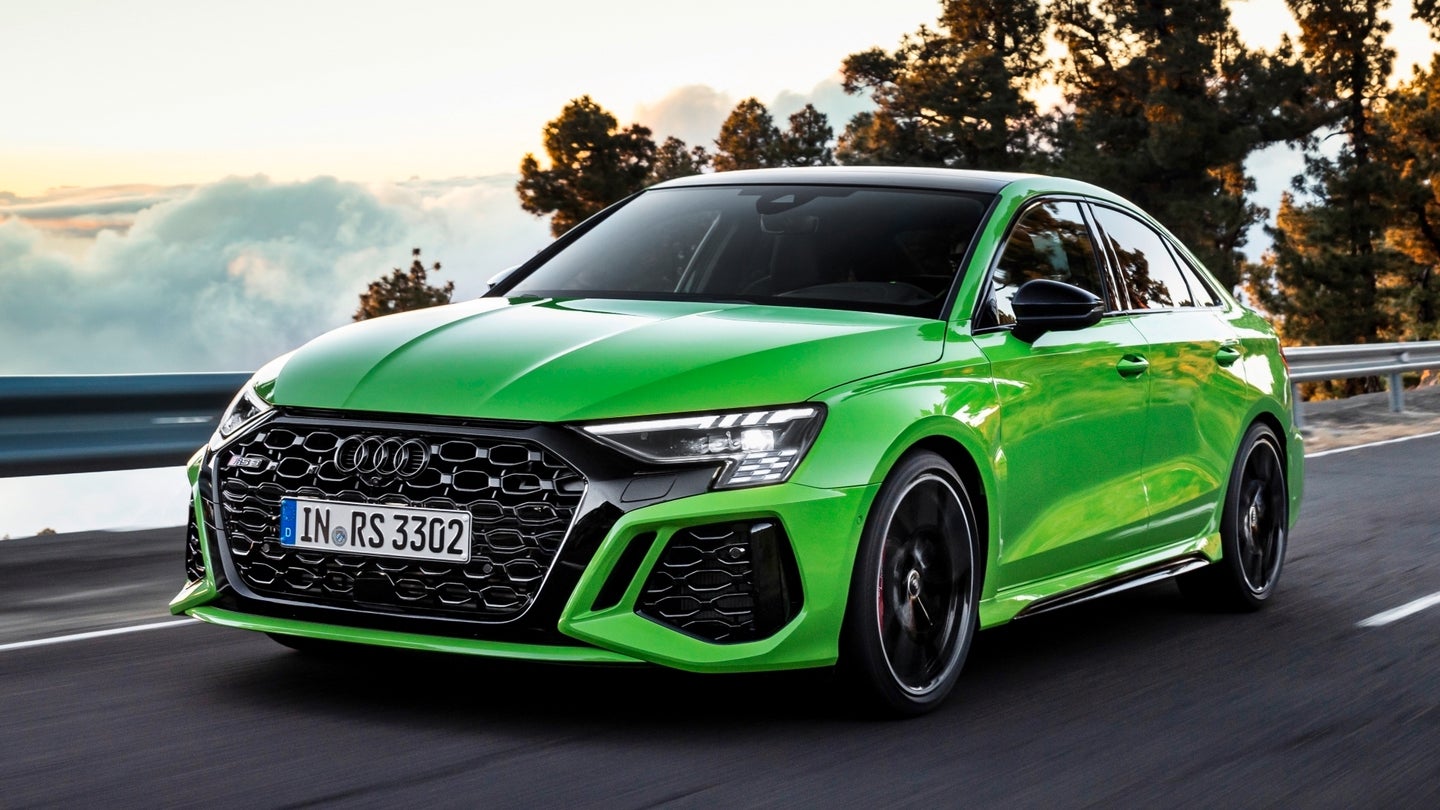 Last seen laying down gnarly four-wheel drifts and wearing some ultra-cool camouflage, the 2022 Audi RS3 has officially been unveiled. Technically the brand's entry-level RS car, the second-gen RS3's specs sound anything but junior. Using an updated version of the previous car's gloriously offbeat, 2.5-liter turbocharged five-cylinder engine, this new one produces 401 horsepower and 369 pound-feet of torque, seven horses and 15 pound-feet more than before.

Zero to 62 mph happens in 3.8 seconds and it'll top out at 155 mph as standard or 180 with the RS Dynamic package. Power flows to all four wheels through a seven-speed dual-clutch transmission that shifts quicker than before and features "sportier" ratios. The key powertrain part that Audi is most proud of, however, is the RS3's new RS Torque Splitter. Using electronically controlled, multi-disc clutches on each of the driveshafts, it's able to send all of this car's torque to just the outside rear wheel, initiating some wild drifts. Under less extreme driving, the torque splitter is said to massively reduce understeer, a largely undesirable hallmark of nose-heavy Audis.

In addition to fancy torque distribution hardware, the 2022 RS3 also gains new shock absorbers, more wheel camber, stiffer wheel carriers, and a new modular dynamics controller that all contribute to its canyon-carving prowess. New brakes are bigger than before too, with the front discs measuring up to 380 mm. Wider tracks are bookended by 19-inch wheels wrapped in available Pirelli P Zero Trofeo R semi-slick tires.

Final U.S. specs and pricing have yet to be announced but, overseas, the 2022 Audi RS3 is scheduled to hit the roads early 2022. Color us stoked.

Got a tip or question for the author about the new RS3? You can reach them here: chris.tsui@thedrive.com

I’ve owned the über-wagon for four months now and it’s been great.

That sound, that damned sound…