All thanks to a broken serpentine belt. 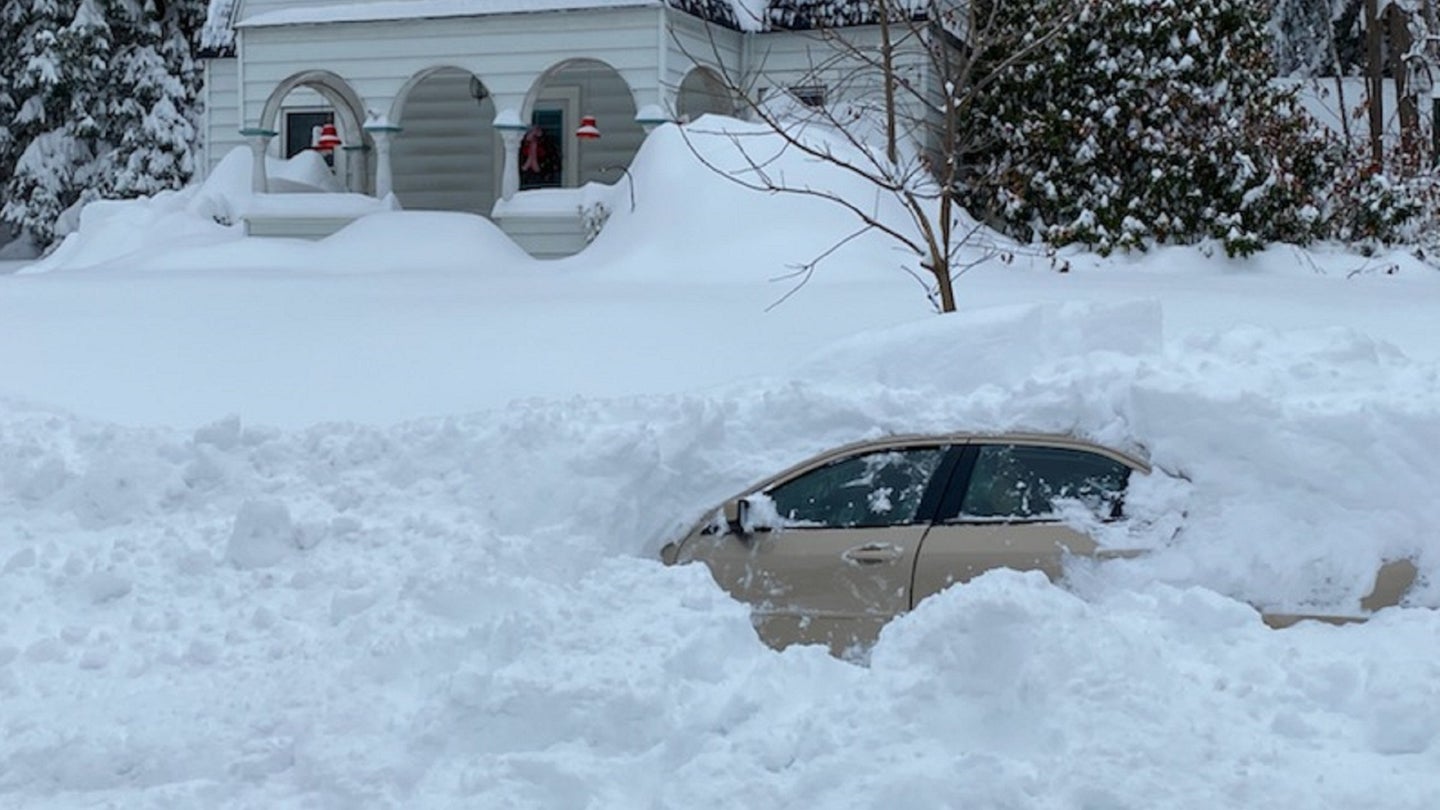 ​​​​​A giant nor’easter winter storm blasted New York on Wednesday, dumping more than 40 inches of snow. Forecasters predicted the storm but warned of a foot or so of the frozen stuff and their estimates were way off; the snowfall set a record overnight. In the process, a 58-year-old man was buried for 10 hours under four feet of snow after being covered by the effects of the storm and a sweeping snowplow.

He had run off the slippery road, and when he was plowed in he called 911 several times but state troopers couldn’t find him. Finally, Thursday morning Zone Sergeant Jason Cawley of the New York State Police saw a row of mailboxes and started digging to determine the address. He hit a windshield, to his surprise, and discovered Candor resident Kevin Kresen in the car. Kresen’s serpentine belt was broken, which means his heat was out too.

Kresen was only about 15 miles down highway 96 from his home when the serpentine belt came loose, causing him to lose power steering and even more importantly, heat. He ended up in a ditch and tried to fix the car but then climbed back into the car and called 911 for help. Unfortunately, each hour brought four more inches of snowfall and the plow buried him to the point that he could not get out of his vehicle.

"This is the fastest rate of snowfall I've ever encountered, even worse than March 2017, when three feet of snow fell in less than 12 hours," Broome County Executive Jason Garnar told the Binghamton Press & Sun-Bulletin. "We had bands of snow that hovered over our county and were dumping four to five inches an hour. Snowplows can't keep up with it. In several municipalities, they aren't even able to get to their trucks."

For 10 hours, he kept calling for help and was surely relieved to be alive when they found him. Cell phone service was spotty in the area, and dispatches helped Sergeant Cawley to triangulate the address as closely as they could.

More help was called in and Kresen was taken to the hospital to recover from hypothermia and frostbite. After 10 hours, he was reportedly ecstatic to be rescued and happy to be alive when they dug him out.

The Accord driver suffered serious injuries to his eyes and face caused by the shattered glass.