She has had expert training and the right tools, like a hoon-worthy 1990 Fox Body Mustang GT convertible. 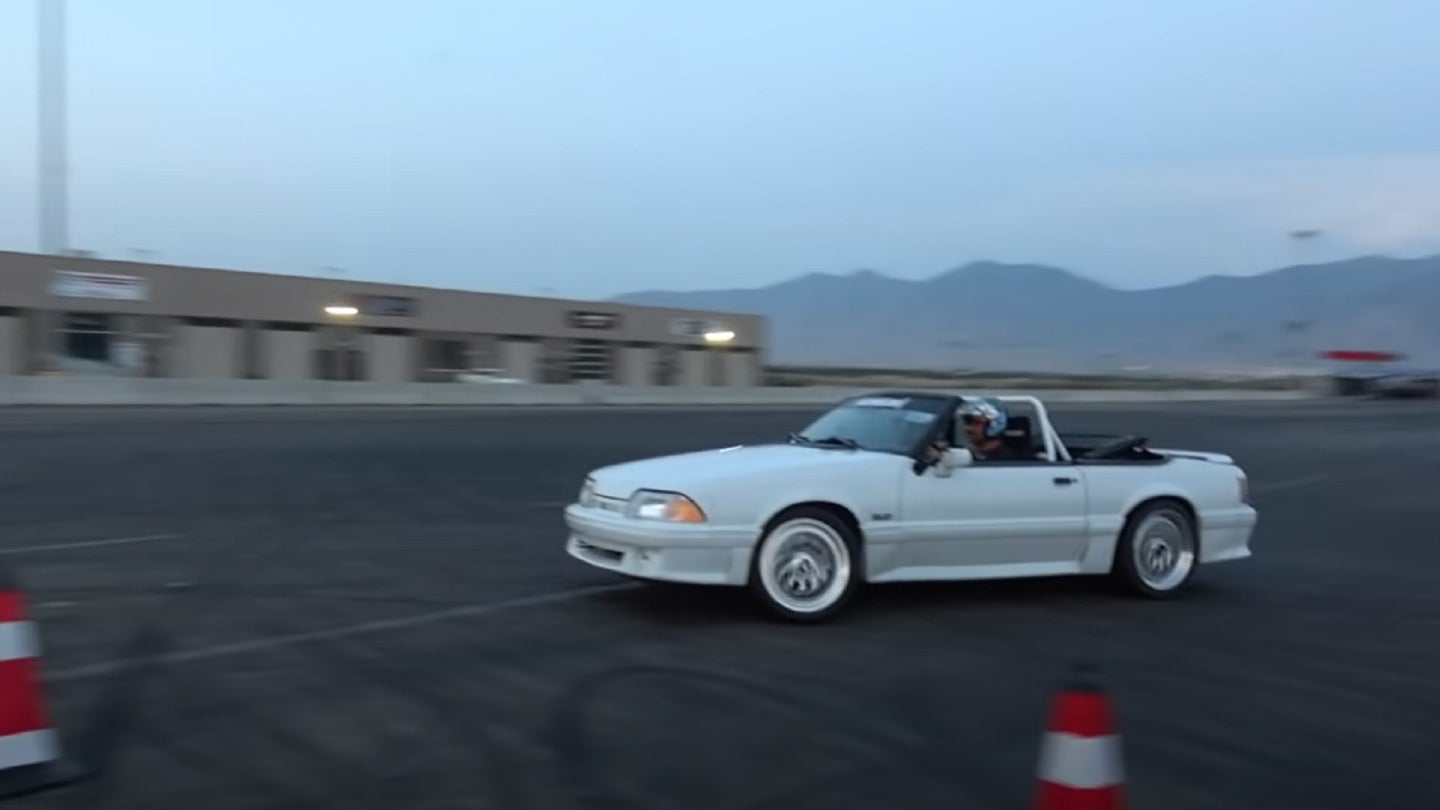 Back in May, Hoonigan Racing Division owner and rally champion Ken Block taught his then-13-year-old daughter how to drive a manual in a 1978 Ford Escort Mk2 RS. Shortly after that, he showed her how to do doughnuts. How many 13-year-old kids do you know who could manage that? Not to mention that she did it while healing from a fractured arm from a tumbling run during gymnastics practice.

Now Lia is mastering the art of drifting and connecting figure 8s with enviable skills (I’ve practiced drifting with professional instructors and I wish I had learned it when I was a teen driver so I could really rock it now). She turned 14 in October, and her father presented her with an interest and appropriate gift: a day of driving lessons with drift champion Vaughn Gittin Jr. in a white 1990 Fox Body Mustang GT convertible. Of course, the whole thing is posted to YouTube for everyone to watch, and it doesn’t ruffle Lia at all.

"How much would you like to drive?” Block asks his daughter.

After a long day of karting, driving, filming, and working through some car issues and repairs, Block said via Twitter, his daughter had another chance to give the Fox Body Mustang at Utah Motorsports Campus and made it look easy.

Lia started driving a tiny motorized car when she was very small, graduating up to go-karts and UTVs. She’s even flipped a UTV during a race and says it was more surprising than scary. The first car she drove had a 350-horsepower naturally aspirated Millington racing engine, and Block says the red line is at about 9,000 rpms. It’s rear-wheel drive, and it requires a lot of clutch control and composure.

This pair reminds me of X Games Motocross champion Brian Deegan and his daughter Hailee, who is now a stock car driver at age 18. During the 2013 Junior 2 Karts season, Hailee was the first female to win a championship at the Lucas Oil Off Road Racing Series. Lia has also competed in that series and seems to be on her way to a career in motorsports as well.

Before we know it, she's going to be giving lessons to the rest of us.