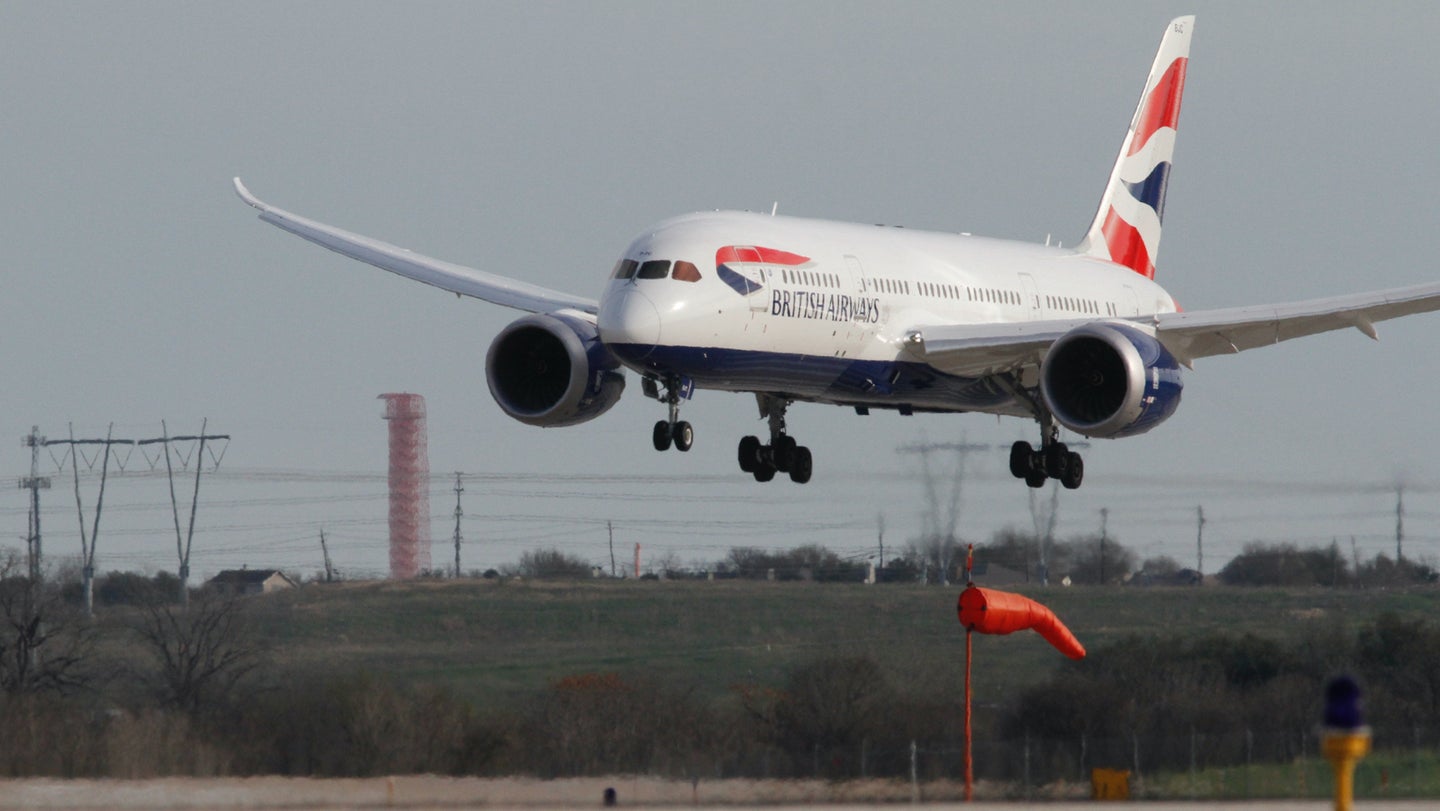 The 9,000-foot runway 17L/35R at Austin-Bergstrom International Airport won't be called that when it reopens after construction, per Aviation International News. Turns out, those runway numbers actually mean something.

Austin's under-construction runway will now be 18L/36R, and it's all because the location of the magnetic north pole keeps changing. Magnetic north can move up to 40 miles in one year, according to Wired. While the inner core of the Earth is solid, the outer core of the earth is liquid, and mostly made of molten iron and nickel, as the National Centers for Environmental Information explains. That flow within the outer core generates 95% of the Earth's magnetic field, and because it's fairly irregular, that causes magnetic north to move around a bit.

Thus, a runway name change can even happen to runways that haven't moved or been changed at all. The numbers in runway names refer to the angle a runway sits from magnetic north. In Austin's case, runway 17L used to be around 170 degrees clockwise from magnetic north at one end, and 350 degrees away if you're approaching from the other end. These angles are rounded off to the nearest tenth, which makes them easy to shorten to 17L and 36R Now those measurements round off to 180 and 360 degrees—hence 18L/36R. Pilots pronounce these runways like "one-eight" as opposed to "eighteen."

So, when an airport's runway position relative to magnetic north no longer rounds off to the numbers represented by its name, the Federal Aviation Administration steps in and forces that airport to rename the runway. The World Magnetic Model put out by the National Centers for Environmental Information is one such resource that airports and the FAA consult to see how things are changing.

This sets off a lot of extra work. New reference manuals and approach plates used by air traffic controllers and pilots need to include the new names. New signage goes in.

Experienced pilots can usually recognize and figure out a runway with an unmarked change, but as Wired notes, there have been incidents where a pilot lines up at the wrong angle for take-offs or landings, or who mistake an entirely different runway for the one they're supposed to use. The 2006 Comair Flight 5191 crash in Lexington, Kentucky, was a case of mistaken runways where the pilot accidentally used a runway that was too short, killing 49 of the 50 passengers onboard in the ensuing crash.

Changes like this are rare, however. Magnetic north's movement is relatively little compared to the overall size of the earth, so it's usually only one or two airports that have to change their runway names every year.

Everything is bigger in Texas.