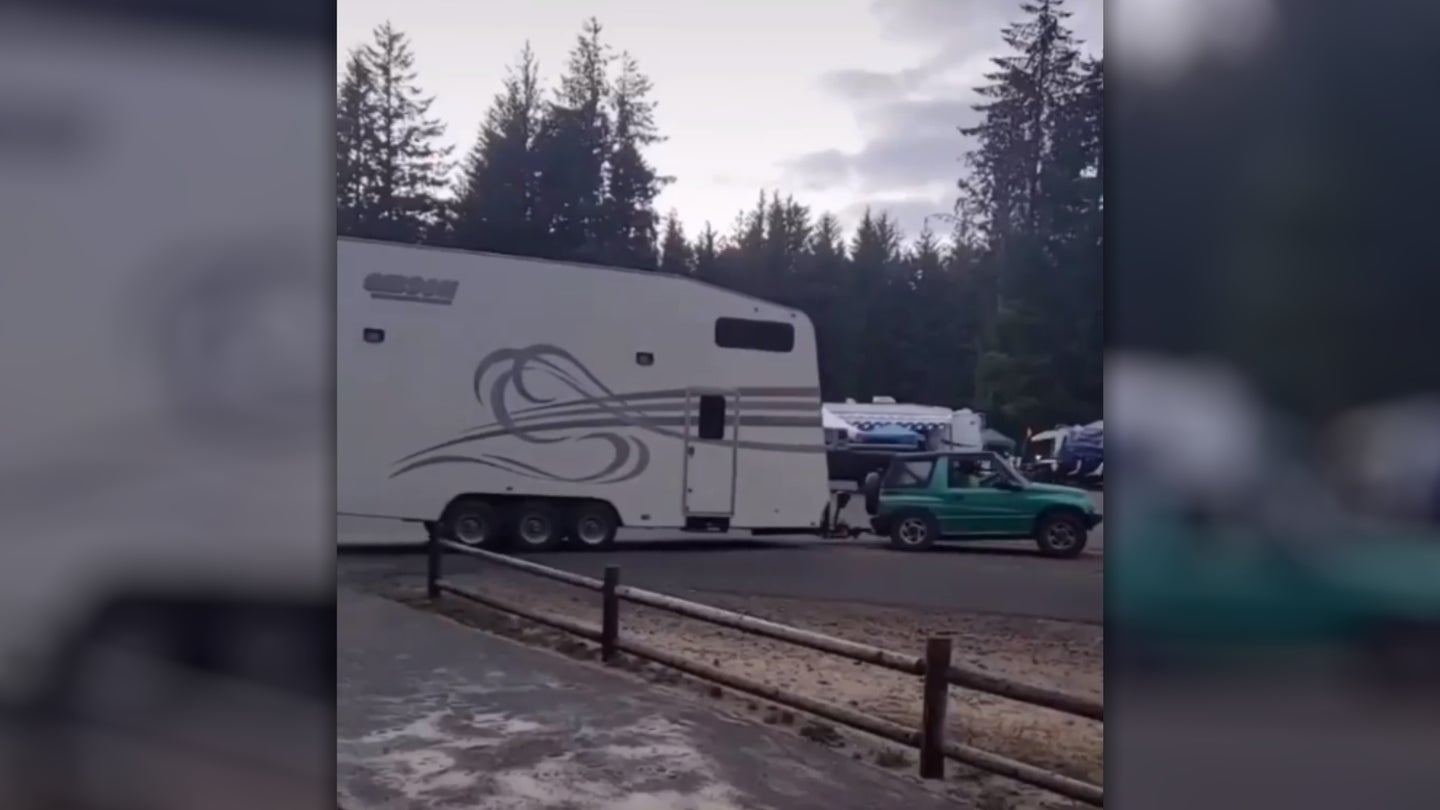 Some vehicles in our lovely automotive universe just don't look quite right. There are unfortunately modded Nissans,

pickups with 16-foot beds and whatever this is. But sometimes, the cars themselves aren't the problem—it's what they're trying to do. We've covered some questionable towing situations before here on The Drive, but this one from the RVing Tips Facebook page might just take the cake.

The video posted to the group is just 10 seconds in length, but it tells quite a story in that short time. A small truck that appears to be a Geo Tracker—a badge-engineered version of the Suzuki Sidekick—is seen entering the frame pulling a camper that could probably hold four Geo Trackers inside of it. You can see the front of the small truck struggling to keep itself on the ground as it traverses the lot where it was presumably parked.

We aren't sure what model of caravan the Geo is pulling—the video is too low-quality to tell—but we do know it has three axles and probably sleeps a good number of people. Why one would buy such a large trailer and tow it around with such a small truck, we don't know. We also don't know how far the Tracker actually made it towing this behemoth before overheating. There are so many questions here, but unfortunately, nobody seems to have any more information concerning the video. All we can tell you is that doing this is a really bad idea.

Perhaps not as bad as towing a single-wide mobile home around using a tow hitch secured to your truck with a rusty chain, but still not a good idea.