Netflix’s Newly Added Horror Flick, The Car, Is a Cult Classic You Can’t Look Away From

It’s cheesy in all the right ways, and it stars a possessed Lincoln. 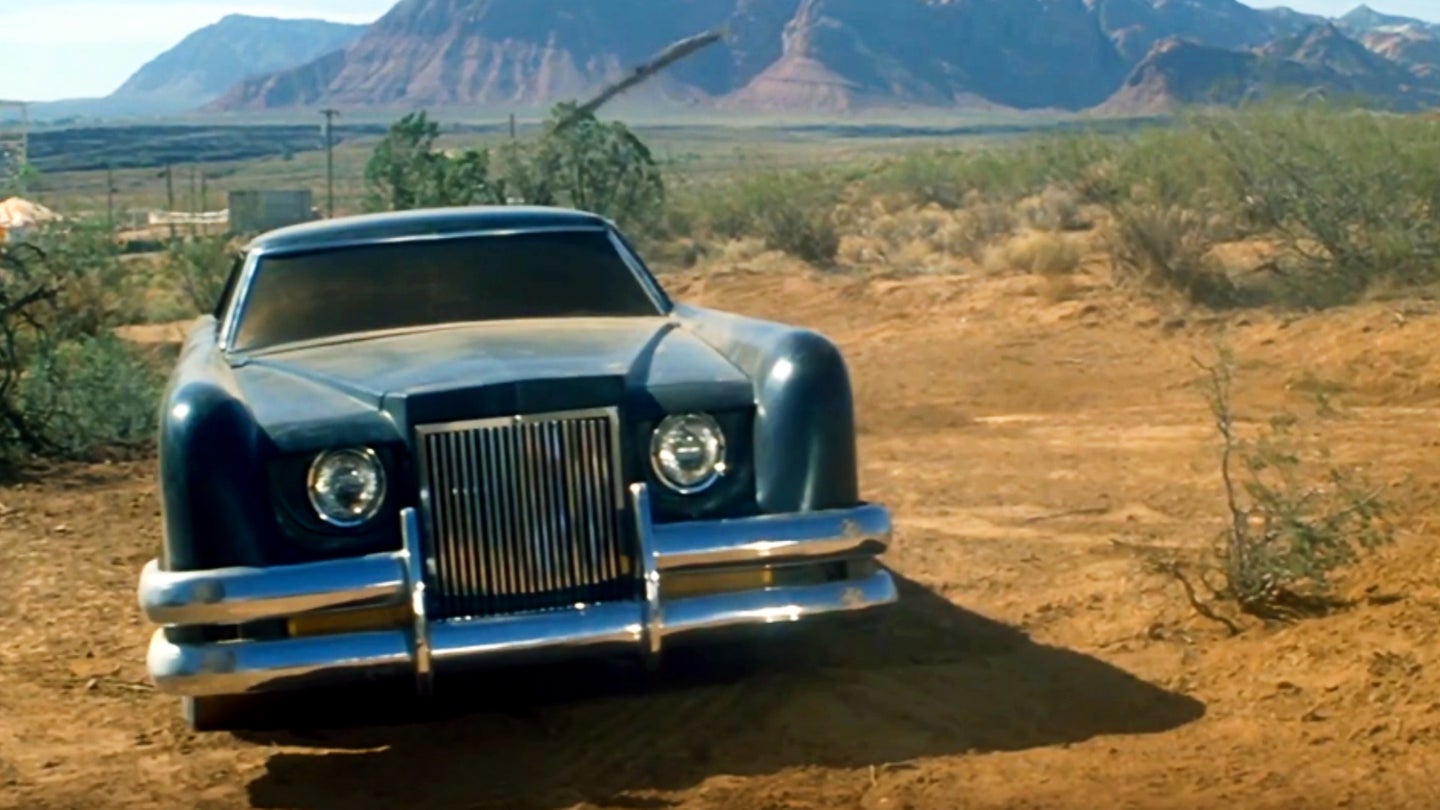 If you find yourself flipping through your Netflix feed like a high-mileage Volvo does its odometer, then I recommend a newly added film about a car that may or may not be possessed by the gold fiddle-playing devil himself. It’s from 1977, and it’s simply titled The Car.

Directed by Elliott Silverstein and starring James Brolin—Josh Brolin's dad—The Car is about a blacked-out Lincoln terrorizing the people of a small desert town. The black car is seemingly unstoppable. It goes around attacking everyone in sight, killing the sheriff and leaving Brolin’s character, Deputy Wayne Parent, in charge to figure out how to stop this evil, driverless machine.

According to IMDB, legendary custom car builder George Barris used the 1971 Lincoln Continental Mark III as a base for The Car, and four were used in the movie. Barris did an excellent job turning the Mark III into a villainous Lincoln with a high cheek bone fascia, chopped roofline and menacingly oversized chrome bumpers. It apparently cost $84,000 to create, though we imagine that was solely for the car used in close-ups. The other three dealt with stunt duty, though each was powered by a 460-cubic-inch V8 and one remains today in a private collection.

In the movie, the car is fast with a supernatural ability to not suffer any damage as it drives through houses and even barrel rolls itself over a pair of police cars.

Is The Car a good movie? It's a late ’70s, low-budget horror flick about a possessed car going around killing people, so it falls under the "so bad it's good" category. However, it's a cult-classic that has been parodied in cartoons like Futurama and Regular Show. So, if you're reaching the bottom of the barrel in content to watch, you might as well give The Car a try.

Netflix also added the sequel to this movie, The Car: Road to Revenge from 2019. However, that movie makes Sharknado look like a Cannes Film Festival winner. It's so bad. It's terrible.