Passing motorist films minivan fleeing the scene after hitting a motorcycle at 70 miles per hour.

A motorcyclist escaped with just minor injuries after a crash where a minivan effectively wore his bike as a hood ornament down State Route 91 in Corona, California, on June 19. CBS Local reported the driver of the minivan was fleeing the scene after a hit-and-run wreck and was later charged with a felony.

According to California Highway Patrol, the van was traveling at an estimated 70 mph when it hit the back of the motorcycle moving at 65 mph. The motorcycle rider, Chain Arunritthirot, said he was thrown roughly 200 feet from his bike from the impact in an interview with CBS Local. The fleeing driver, 25-year-old George Valentin, continued driving with the motorcycle still attached to his vehicle.

The video footage was captured and posted on YouTube by Will Panda, a passing motorist who spotted Valentin traveling at highway speeds pushing the up-right motorcycle with sparks flying from dragging metal. The bike eventually broke free and was found, destroyed, on the side of the road. Valentin’s van was found further down the road, abandoned, after it reportedly crashed into a fence. Valentin was arrested the following day after trying to report the van stolen. He later admitted that he was the driver, and was charged with felony hit-and-run.

What makes this incident more bizarre is that Arunritthirot told CBS2/KCAL9 that he suspects deliberate foul play here. “I feel like it was intentional, like he hunted me down,” he told the TV station.

Perhaps miraculously, CHP reported minor injuries for Arunritthirot, who complained of pain in his arms and legs. He should consider buying a lotto ticket after walking away from this incident. The winnings could be used towards buying a new motorcycle. 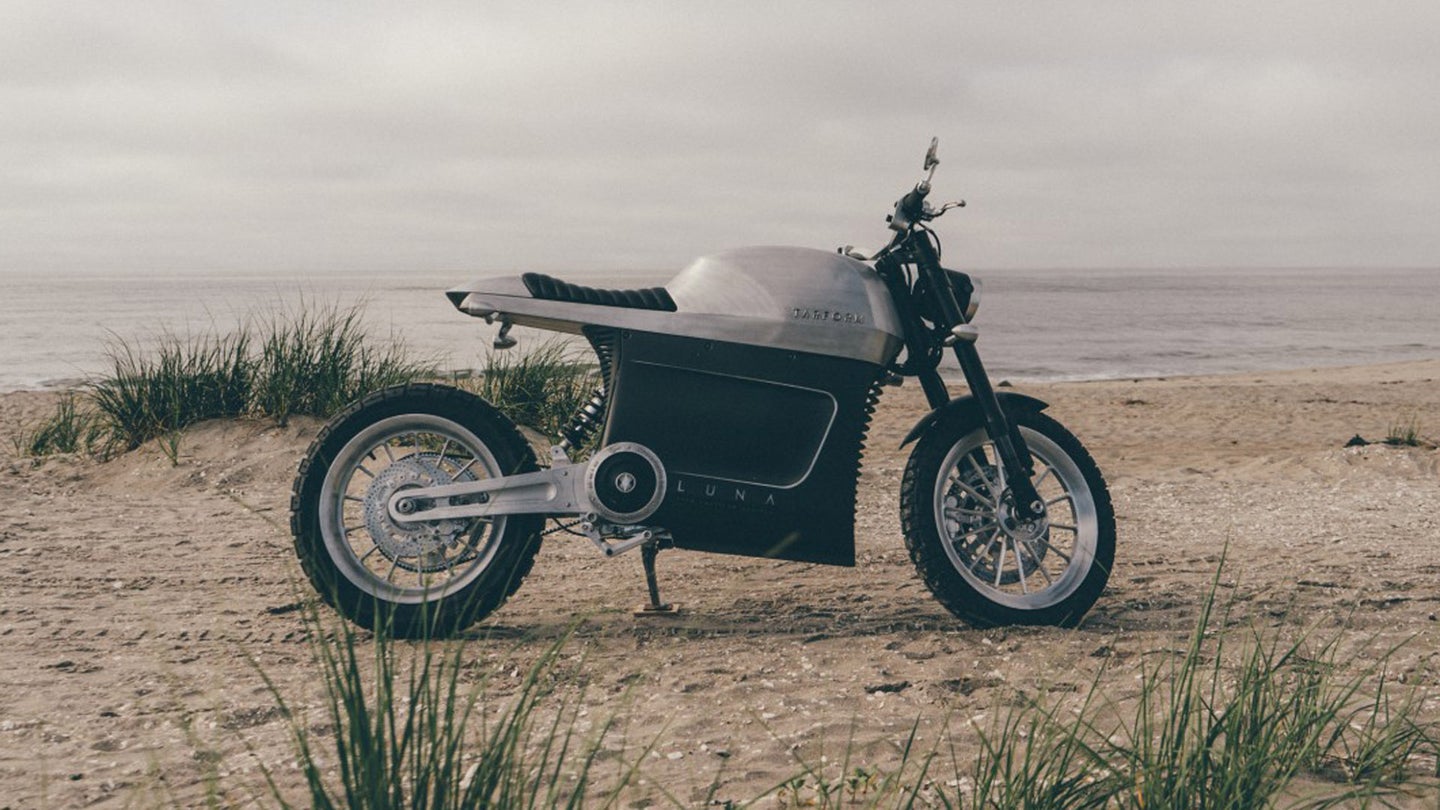 If flaxseed-reinforced bodywork and vegan leather don’t do it for you, a 0-60 time of 3.8 seconds will. 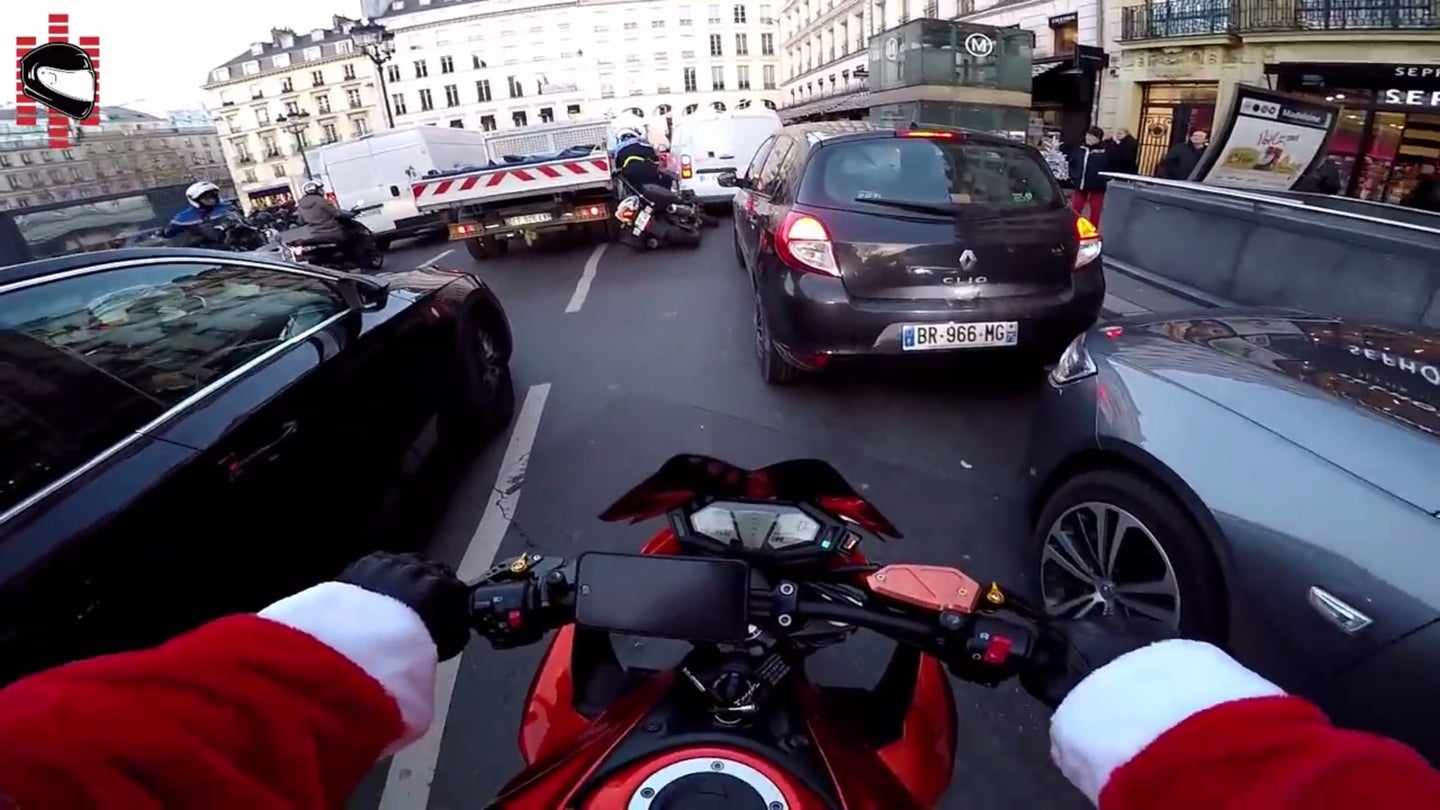 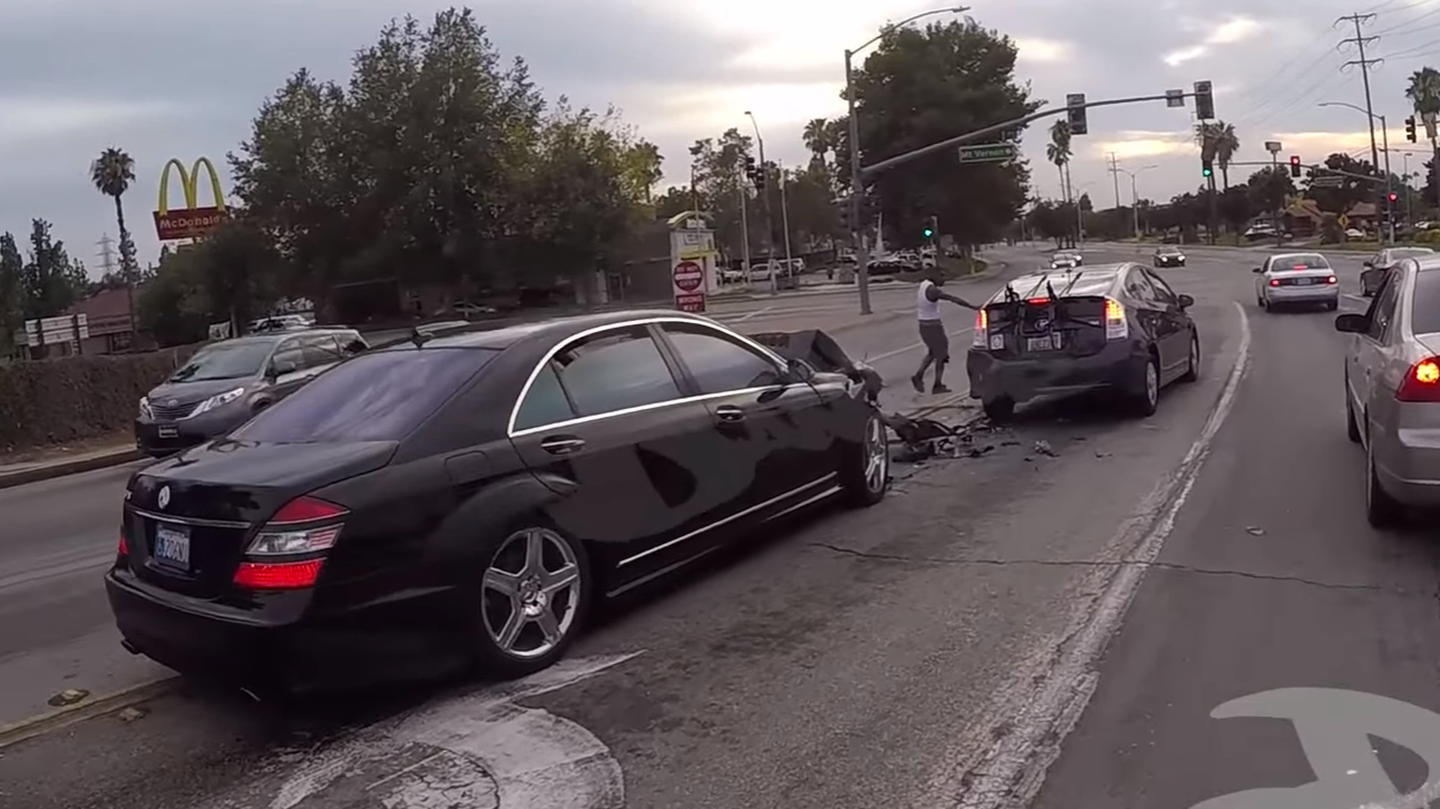