Watching a Car Fall to Pieces Has Never Looked So Awesome 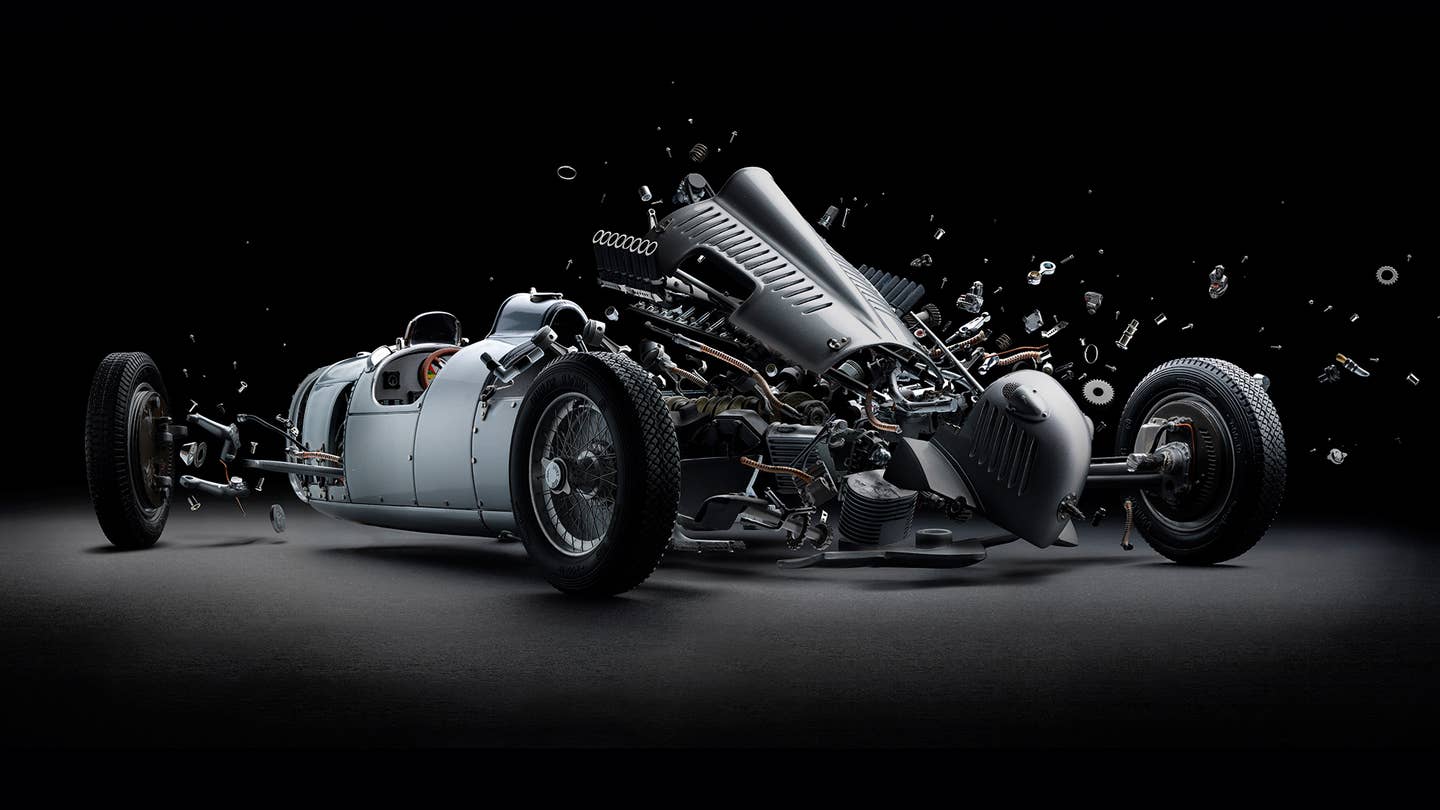 In 2013 Swiss artist Florian Oefner exhibited three prints in a photographic series called “Disintegrating” at the MB&F Mechanical Art Devices (M.A.D.) Gallery in Geneva, Switzerland. Rich and complicated, each image presented a deity of vintage motoring, like the 1967 Ferrari 330 P4, as if caught in the middle of an explosion devoid of sound or fury – the viewer gazed at a frozen cloud of hundreds of minute and outstandingly detailed car parts. Oefner called them “possibly the slowest high-speed images ever taken.”

What looks like wholesale CGI, or at the very least some type of computer-generated trickery, is nothing of the kind. Well, almost. Oefner spends a day disassembling intricate model cars with hundreds or thousands of parts. After sketching the exploded look he wants, he carries out a precisely lit studio shoot with each individual part held in place with needles and string – even wee tiny screws. Then comes the computer compositing work, Oefner stacking each component into place. For the most recent set, a single car could involve taking thousands of individual photographs and he might spend two months creating the final look. As to the why, the TED-talking artist said, “I have always been fascinated by the clean, crisp looks of 3D renderings. So I tried to use that certain type of aesthetic and combine it with the strength of real photography.”

Cold, Wet, and Frozen Stiff on the Forgotten Edge of the Grand Canyon

The prize of the North Rim was worth every miserable moment.

Tesla Cranks Up Production and Donkervoort Returns: The Evening Rush

Plus, the ultimate record shelf and beer from Frost Beer Works.