So that they can text, and not die. 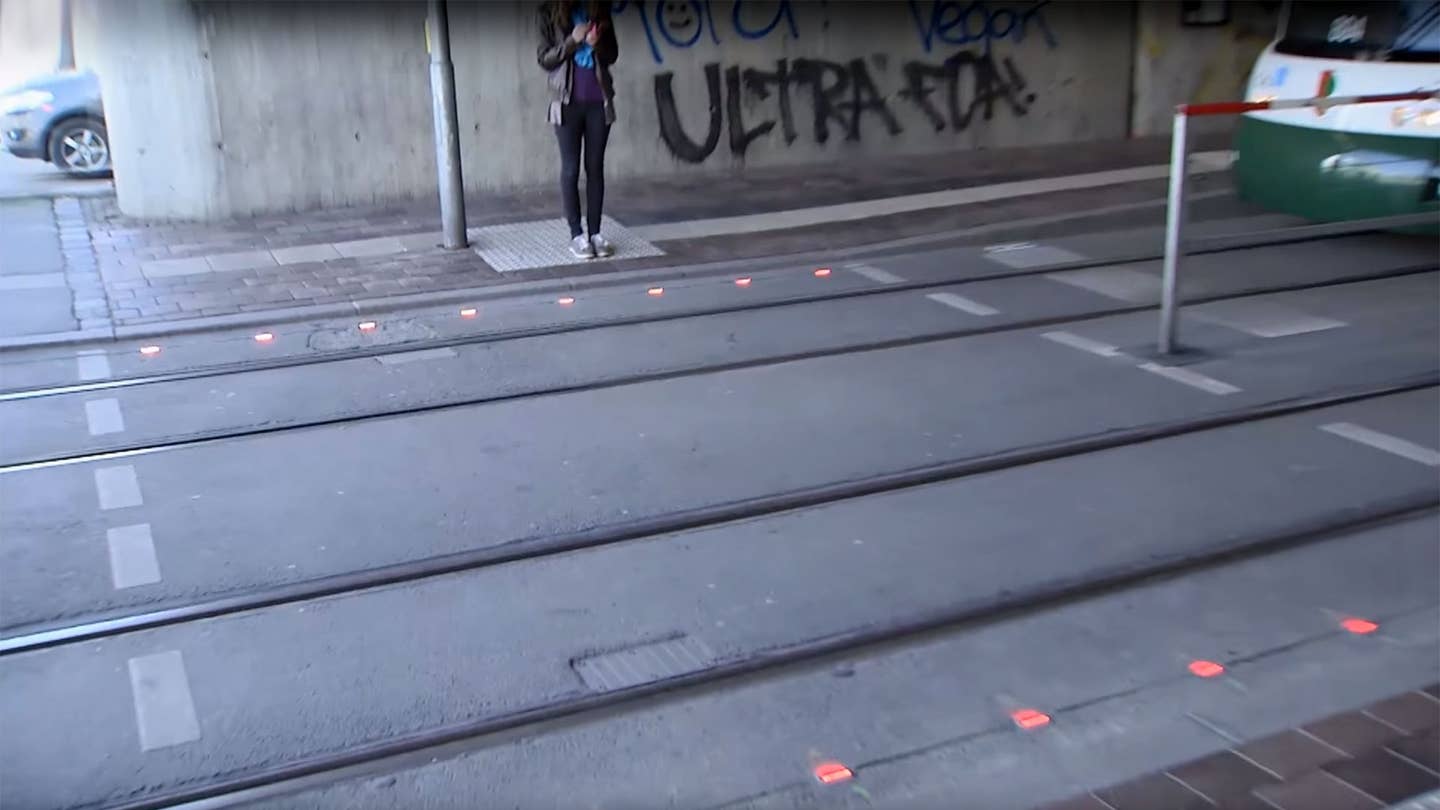 Despite our lofty perch on the food chain, we humans are godawful at protecting ourselves from ourselves. Thus, traction control, blind-spot monitoring, collision-avoidance systems, and the like. To these, now add a smartphone-friendly crosswalk apparatus, recently implemented in the southern German city of Augsburg.

The conceit is this: As a species, our self-preservation wiring has been supplanted by fiber optic cable that delivers Facebook, Instagram, Tinder, and yes, The Drive, in such irresistible morsels that we'd sooner wander blithely onto train tracks than look away from what writer Gary Shteyngart perceptively called our "apparats." Darwin would be at a loss to describe our collective FOMO. Recognizing this, German engineers and urban planners took action. This is the nanny state actually nannying for a damn good reason.

Augsburgers' new crosswalk functions like this: You, enraptured by Lawrence Ulrich's take on the Maserati Levante, don't notice that your feet are about to leave the coddling confines of the sidewalk. Mein Gott, they will soon carry you headlong into the path of a street tram! In your peripheral vision, however, you pick up red lights blinking insistently from street level, drawing your eyes away from your smartphone and stopping your locomotion. The tram passes, you exhale and continue across the street.

As the Washington Post noted, 20 percent of European pedestrians amble about in smartphone-induced stupefaction. Rather than spawn a real-life version of The Walking Dead, Augsburg's governors made the commendable, if costly, move of implanting the light-sensor systems at critical crossings in the city.

Of course, for the 80 percent of European pedestrians who'd rather let Angry Birds lie, weaving around the smartphone-obsessives may be causing heightened blood pressure, agita, and other maladies that a stoplight system cannot remedy. A Christmastime promotional gambit by a retailer in Liverpool, England, last year addressed this by creating a "fast track" for such pedestrians in front of the store's anchor location. No lights, no public expense—just a bit of lipstick on a sidewalk. Applying social pressure for a dawdling smartphone-tapper to get with the program seems, to The Drive, the soundest survival strategy of all.