Watch 6 Bulldozers and Forklifts Fight It Out in China

It’s a street fight where people use heavy equipment as weapons. You know you want to watch. 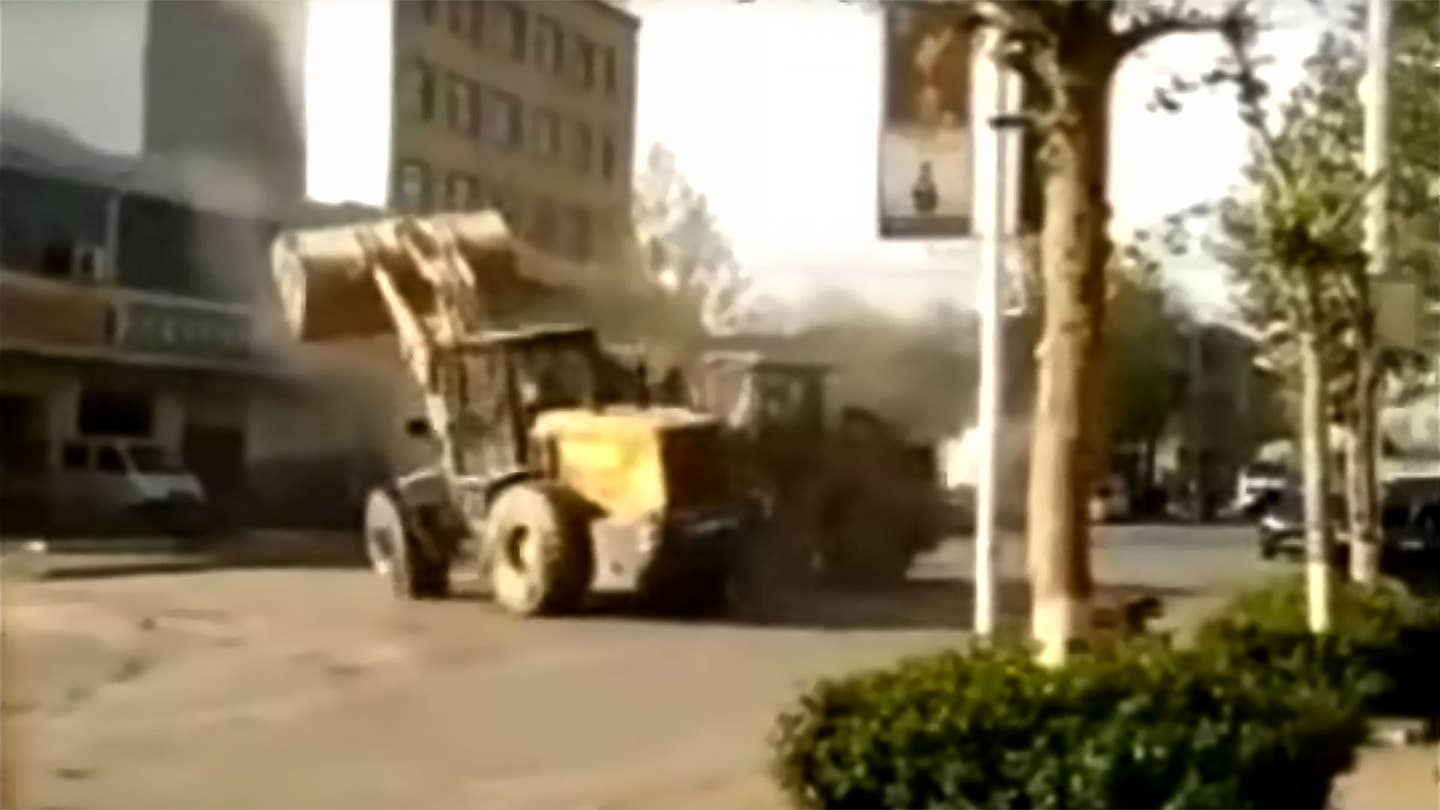 Half a dozen bulldozers and front-end loaders got into a battle royale on a Chinese street on April 17th, using their buckets and blades as weapons to push and claw at one another. If reading that sentence made you think, "This is gonna be the best video I watch all day," you are correct. It's like watching a herd of bull Triceratops fighting over a female during mating season.

The clash, which occurred in China's Hebei province near Beijing, was reportedly a fight between two rival construction firms, according to The Daily Mail. It's not clear if anyone was injured in the melee; one of the construction machines was flipped onto its side during the battle, but the driver can clearly be seen scrambling out and clamoring onto another friendly front-end loader.

Not surprisingly, the Hebei Province Public Security Bureau is reportedly investigating the incident.

Why, you may ask, were the drivers of these mighty machines using them to inflict extreme property damage with a side order of attempted vehicular homicide? Did the owner of one company spill his drink on the other owner at a party? Did one of the drivers sleep with someone's sister and "forget" to call the next day? Was one of the construction crews Team Batman and the other Team Superman?

Nope. According to reports, they were fighting over a construction contract. Good old-fashioned capitalism at work.

In unrelated news, Mao Zedong's body has reportedly been seen spinning at approximately 1,200 rpm in his mausoleum.