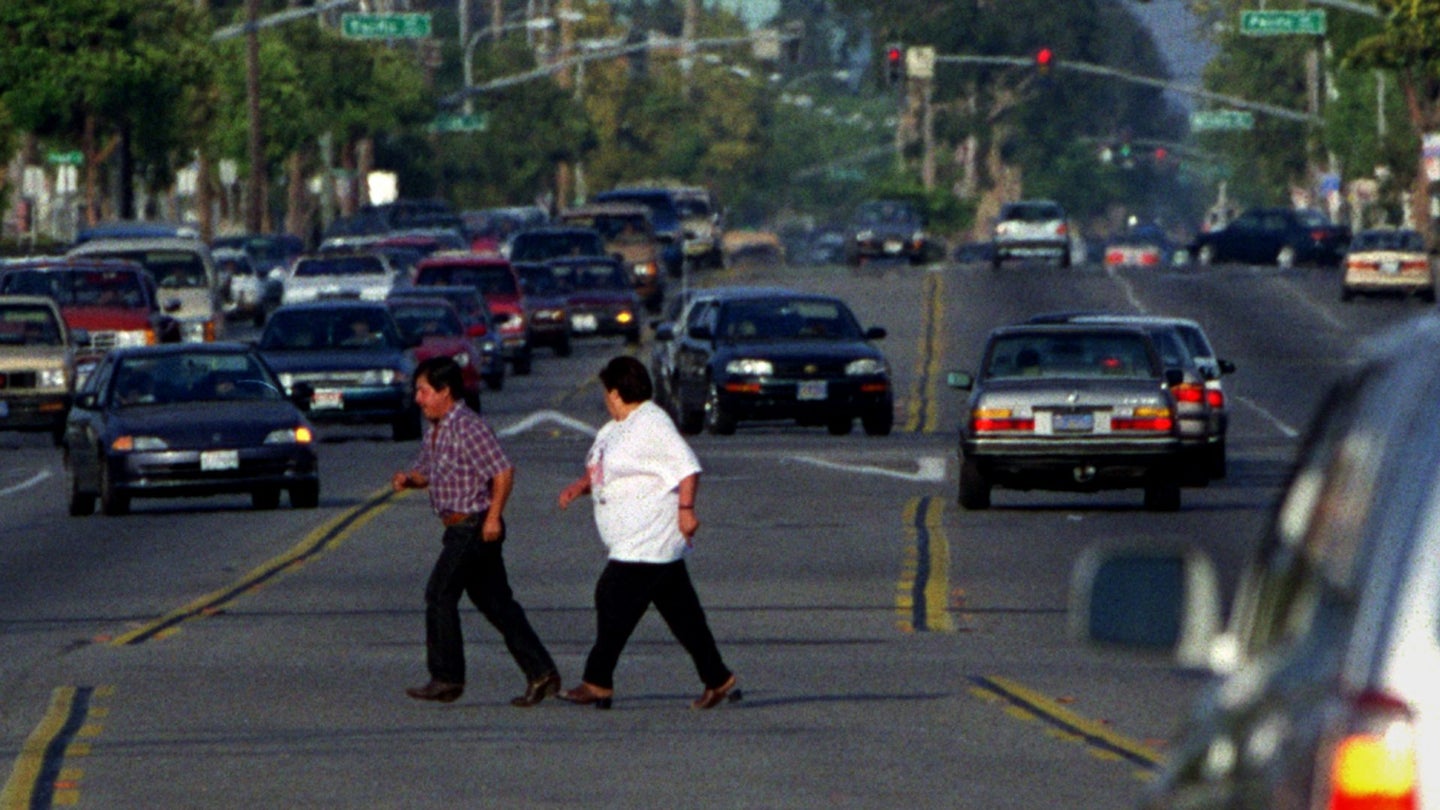 The National Highway Traffic Safety Administration (NHTSA) announced Tuesday that road deaths in the United States are on a downward trend, but not for pedestrians, which are being fatally hit by cars at a rate not seen since 1990.

Complete 2018 data from the NHTSA's Fatality Analysis Reporting System (FARS) shows that road deaths decreased by over 2.4 percent, from 37,473 in 2017 to 36,560 in 2018. This doesn't mean the roads are safer all around, as the NHTSA also recorded a hike in fatalities of pedestrians and operators of bicycles and similar vehicles (e-bikes, tricycles, unicycles, and so on). Combined, deaths in these two categories total 7,140, for an increase of over 3.6 percent year-over-year, each category at a 29-year high.

Pedestrian deaths reached a low of 4,092 in 2009, but have since seen a 58.4 percent upswing to 2018 numbers. In May of 2018, the Insurance Institute for Highway Safety (IIHS) attributed this trend's reversal to the increased popularity of SUVs and crossovers, noting that the number of pedestrians killed after being hit by one of these types of vehicles nearly doubled in the seven-year period between 2009 and 2016. The IIHS pointed out that SUVs' higher hood lines are likely to cause consequential chest or head injuries, though we'd like to add that increased curb weights tend to mean longer stopping distances, and that distracted driving is a greater issue than ever.

Despite the unfortunate increase in pedestrian deaths, the NHTSA's FARS data outlines scenarios in which pedestrians should know to remain extra alert for dangerous or distracted driving. Seventy-six percent of fatal pedestrian impacts occurred after dark, and 74 percent happened outside of crosswalks. The takeaway, then, is clear: Even if it inconveniences you, it may be worth the extra couple minutes of walking and waiting to guarantee you reach your destination, or else you might be hit by someone checking their stock portfolio...or Twitter feed.

It Turns Out Yellow Traffic Lights May Not Be Long Enough After All, Experts Say

A specialized panel agrees that the current “one-size-fits-all” approach to calculating the time between yellow and red lights is far outdated.

The graphic video shows the white C-Class suddenly accelerate during a red light.