Will that be spaceship or race car? 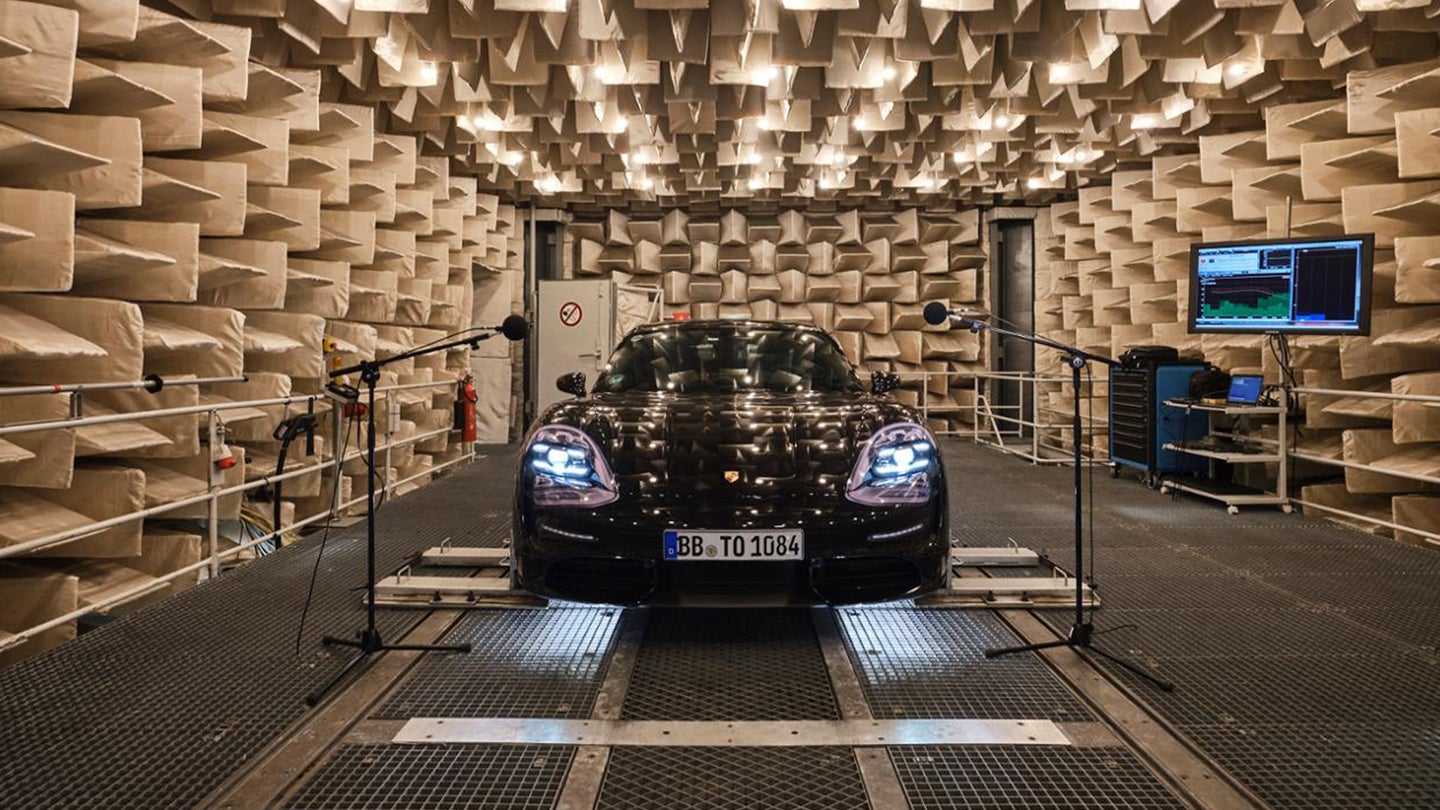 Electric cars can be really quiet. In fact, some argue that they're too quiet and therefore pose a safety risk to pedestrians and individuals with hearing or sight limitations, which has prompted governments around the world to step in and mandate that EVs emit some sort of noise when traveling under a certain speed. The National Highway Traffic Safety Administration (NHTSA), however, agrees with this, but believes that EV owners should have a bit of choice in the matter, or at least be able to choose the fake sounds EVs emit.

This issue surfaced after the NHTSA filed proposed rulemaking documents titled "Minimum Sound Requirements for Hybrid and Electric Vehicles." If adopted in its current state, the rule change would amend Federal Motor Vehicle Safety Standard (FMVSS) 141 to include wording which would permit drivers of electric vehicles to "select the sound they prefer" when driving their low-noise vehicle below certain speeds.

While the current FMVSS regulation does permit a vehicle's sound to vary with its speed (10 kilometers per hour, 20 km/h, 30 km/h) and operating condition (stationary, reverse, forward), it includes wording under the "Sameness" section which only permits one sound per operating condition or speed across all vehicles of the same year, model, body, and trim type. This particular amendment would revise the regulation to permit owners to change this sound on a per-car basis.

But don't get too excited, it's not like the NHTSA is proposing that owners upload their own sounds to the vehicle's operating system, but rather select from a bank of pre-installed sounds. Presently, the NHTSA specifically states that it isn't proposing a limit on the number of "compliant sounds" that a manufacturer is permitted to install in a vehicle, but it is seeking comments to decide if there should be a limit to the number of sounds, and how many if so.

Even without the proposed deregulation, automakers are still having fun composing new and unique sounds for their upcoming EVs. Jaguar, for example, walked back its idea to use spaceship-like sounds to a more soothing, yet futuristic clip. Porsche is taking a different approach, insinuating that synthetic sounds can still be sporty. Buyers of its all-new Taycan can even purchase a $500 Electric Sport Sound upgrade to make their EV sound more "emotionally charged".