Her idea of carpooling is way, way off. 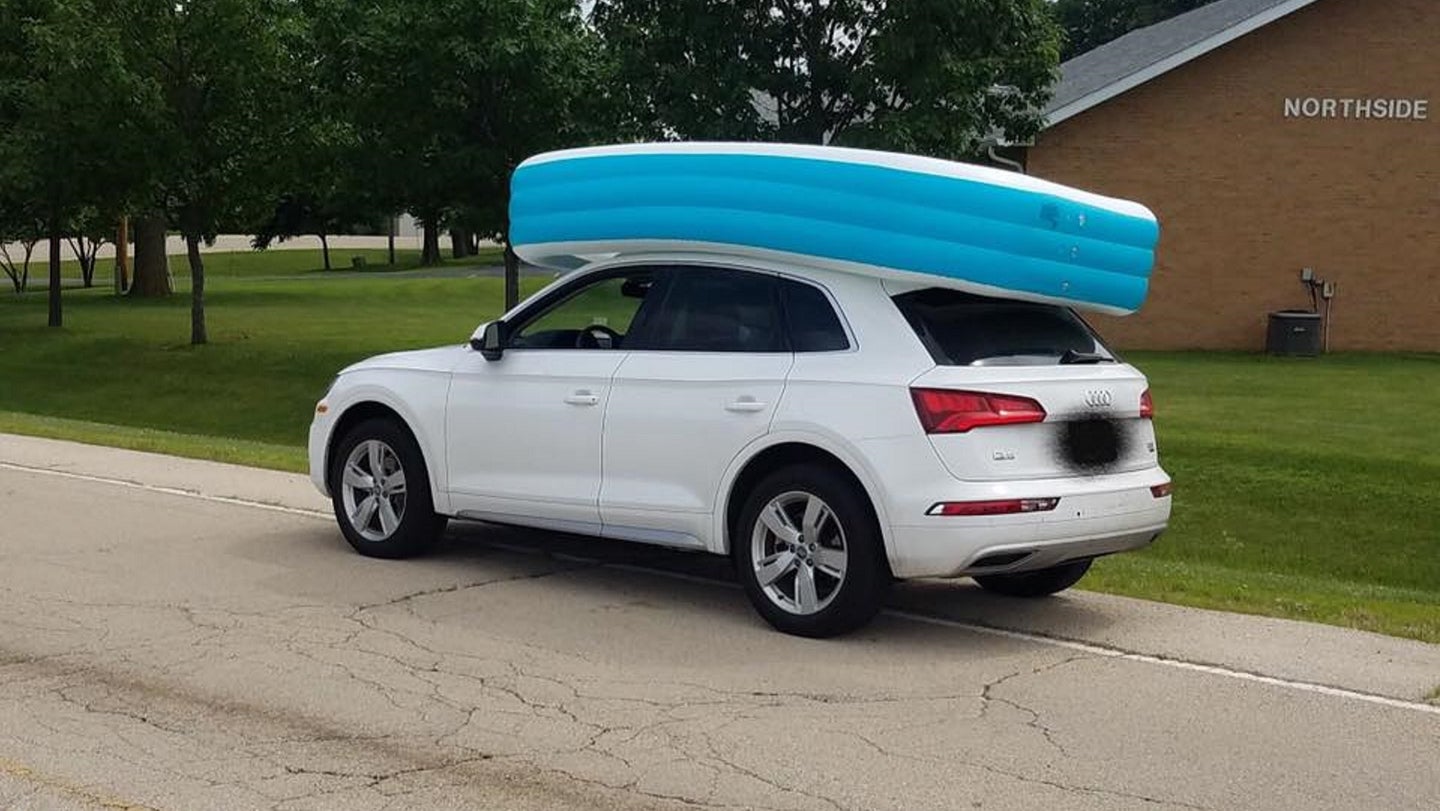 We're sure Audi didn’t have this in mind when it gave its popular Q5 SUV a healthy dose of “utility.” According to WRX13, police arrested an Illinois woman Tuesday afternoon after she allegedly placed her two daughters inside of an inflatable pool attached to her Audi’s roof.

Dixon city Police said via its Facebook page that they received a call at 3:07 p.m. from a concerned citizen reporting a white Audi Q5 driving north on the Peoria Avenue Bridge with children sitting inside a pool on top of its roof.

Jennifer A. Janus Yeager was pulled over when police spotted her driving west on Illinois Route 2, just west of Palmyra Road. Yeager told police that she drove into town to inflate the pool at her friend’s house, but had to use her two daughters on the drive home to hold the empty pool down on the SUV’s roof. You know, so it didn't fly away.

Police arrested the 49-year-old on two counts of endangering the life or health of a child, two counts of reckless conduct, and failure to secure a passenger between 8 and 16.

Yeager was briefly taken to the Dixon Police Department where she was processed and released after posting bond. Needless to say, there's no reason to believe she will be carpooling with her children anytime soon.

While this is certainly the first time we've heard of anyone lounging in a pool sitting on top of a car, we've previously reported on several "car surfing" accidents, including a particular case where the parents of a 10-year-old California kid ran over their own son after they allowed him to stand on the roof of their moving car.

Video: Boy Gets Run Over While Tying Shoes, Stands Up, Keeps Playing Soccer

This kid is tougher than most of the pros.