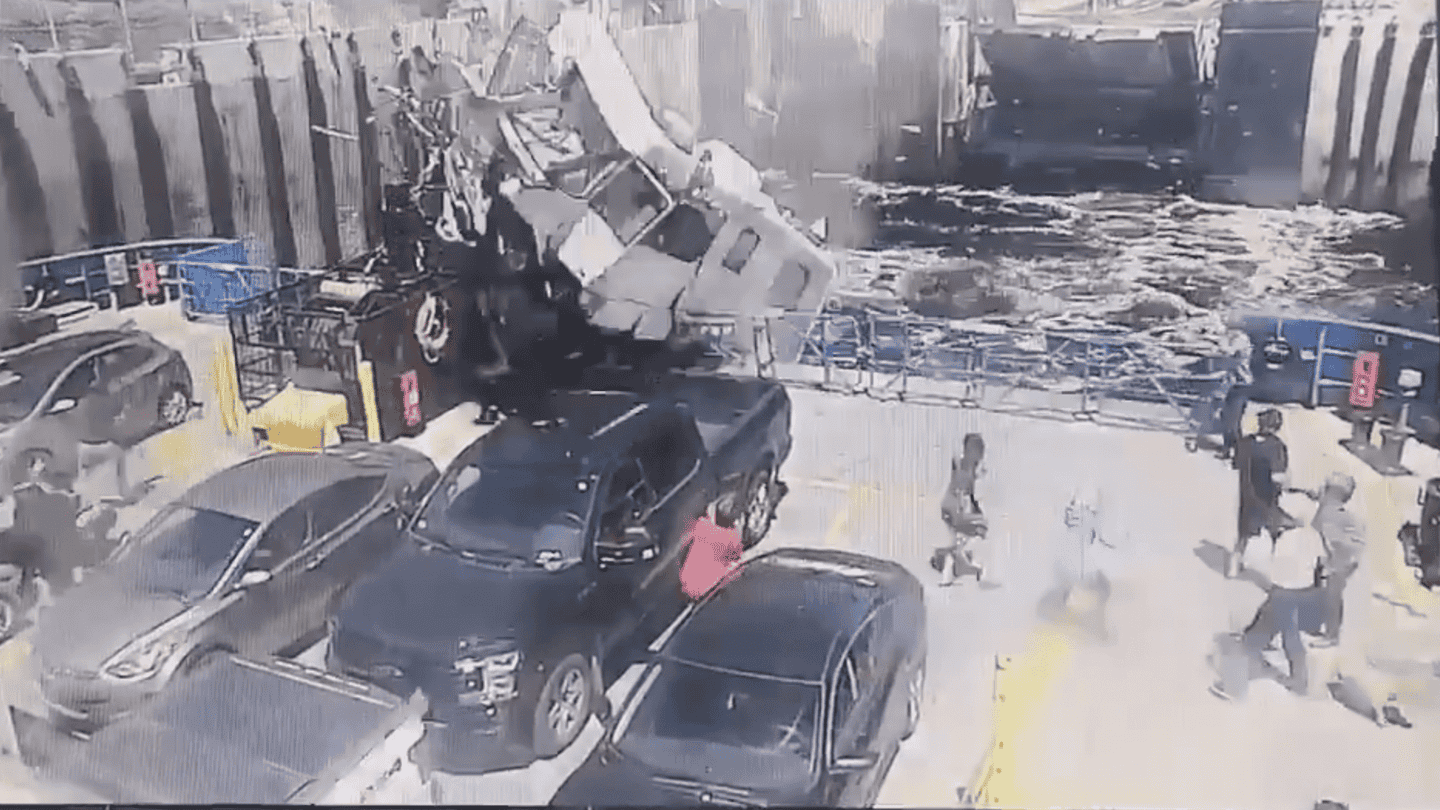 Tragedy struck a boating dock in Quebec, Canada on Monday when a man ramped a sizable gap in a large motorhome and landed on a ferry, killing himself and putting all others aboard at risk.

Video of the incident can be found across social media and various news outlets, both national and international, have reported on the crash. According to CBC News, the RV had careened downhill and out of the driver's control while traveling though Tadoussac, a small village in northern Quebec. Unable to steer away from the busy dock, the man was merely a passenger in the massive machine as it hit a ramp at speed, launching the camper into the air.

The driver, identified by police as 40-year-old Eric Belec, was accompanied in the RV by a 40-year-old female. Both were rushed to the hospital upon the arrival of emergency services, though Belec succumbed to his injuries shortly after. The woman is reportedly in critical condition following the crash.

Radio-Canada was told by witnesses that Belec attempted to warn bystanders of the issue any way possible, attempting to miss cars and honking the RV's horn.

"He was trying to stop by swerving into the metal gates on the side of the road," one person who witnessed the crash explained.

Sgt. Hugues Beaulieu of the Quebec provincial police explained that mechanical issues on the RV were likely to blame. While judging by the impact made upon landing, it's doubtful that Belec could've survived the wreck in any type of vehicle; however, motorhomes are notoriously unsafe and this particular model, which appeared to be significantly aged, likely didn't do Belec or his passenger any favors in terms of crash protection.

It even boasts a garage for a small car.