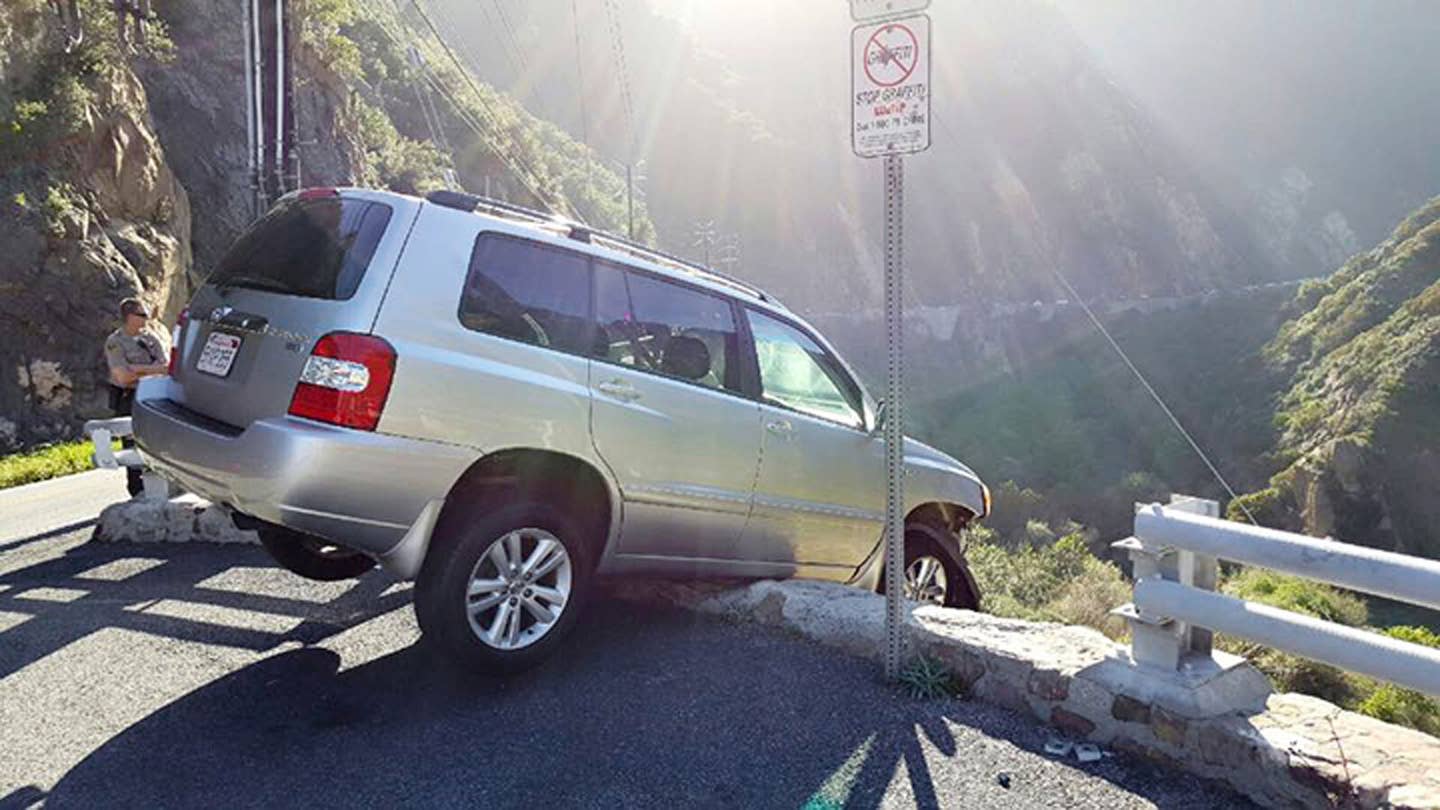 A California man suffered a double dose of bad luck on April 2, when he narrowly avoided plummeting off a cliff in his SUV—only for a passing bus to plow into him, according to local authorities.

According to the Malibu-Lost Hill's Sheriff's Station's Facebook page, the man—whose name was not released—was driving down Malibu Canyon Road in Malibu when he lost control of his Toyota Highlander, sending it through the guardrail and leaving it dangling over the edge of the canyon. The man was able to clamber out of the vehicle safely, but in his confusion, he stumbled into traffic and was rammed by a tour bus.

Luckily, the man was still conscious when members of the Los Angeles County Fire Department and California Highway Patrol officers reached him. The first responders provided initial treatment at the scene, before sending him to a local hospital for further medical attention.

The Los Angeles Sheriff's Department is using this as an opportunity to remind residents and visitors alike of the dangers that can come from blasting along Malibu's roads. The Drive, on the other hand, would like to use this story to remind you to of the importance of choosing the right vehicle for canyon-carving. Attempting to hustle down Malibu Canyon Road in a first-gen Toyota Highlander is never going to be the thrill you went looking for. Drive smart: Choose a Porsche.

Seriously, it’ll be the best moment of your day.