A semi-reflective surface should let it pass through the countryside almost unseen. 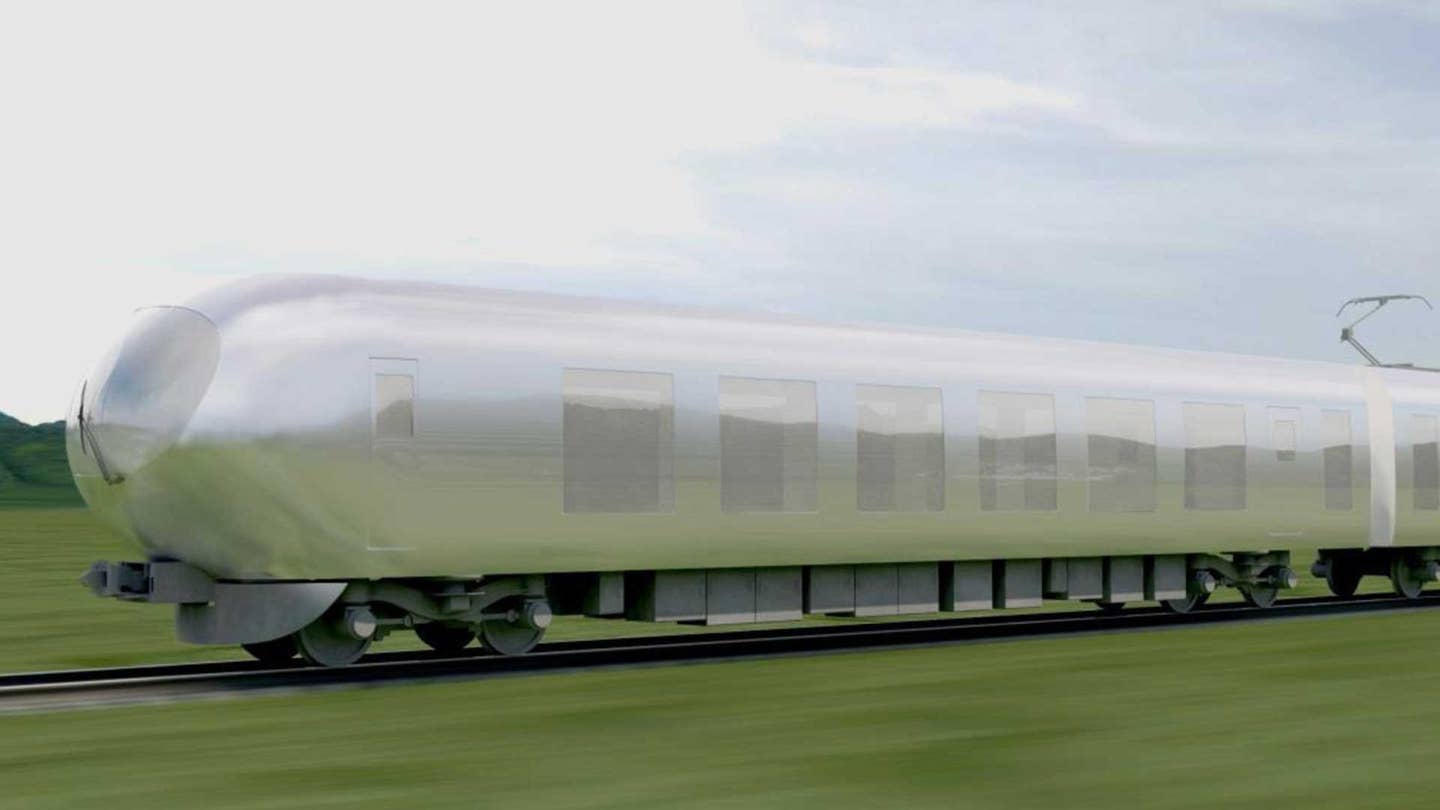 Ever hear of architect Kazuyo Sejima? Well, neither had we, until we saw her new design for one of Japan's high-speed commuter trains. Now that we've seen it, we want her to start whipping up some designs for cars.

What we like about it is the idea behind the weird appearance. Rather than stand out with a blocky design and a bold paint scheme like Red Arrow trains of yore, Sejima's concept is designed to blend into the environment. Its semi-reflective exterior is designed to mirror the world around it, allowing it to go almost unnoticed as it blasts down the track.

Sure, we could argue about whether it's a good idea or not to make a high-speed train harder to see, but that's an argument best left to the suits in Washington. (Or Tokyo, in this particular case.) The point is, Sejima went way outside the box on this one. The idea of trying to make a train—a giant, loud, fast-moving mechanical object—that's less conspicuous and more in tune with its environment is counterintuitive, and quietly brilliant Imagine what she'd do with the next Lincoln Navigator?

Seibu is reportedly investing $90 million in the project, which is expected to be a reality by 2018. And with Sejima doing the interior design as well as the exterior, we're interested to see just how close the real-live version hews to her clever concept.

Snowstorms shut down public transit. Which coincides with Chinese New Year. Which is the world’s largest annual human migration. So chaos.

David Bowie: A Chance Encounter on a Train

Why you should take the elevator.