The man barely escaped with his life after the bucket lift he was standing in was obliterated upon impact. 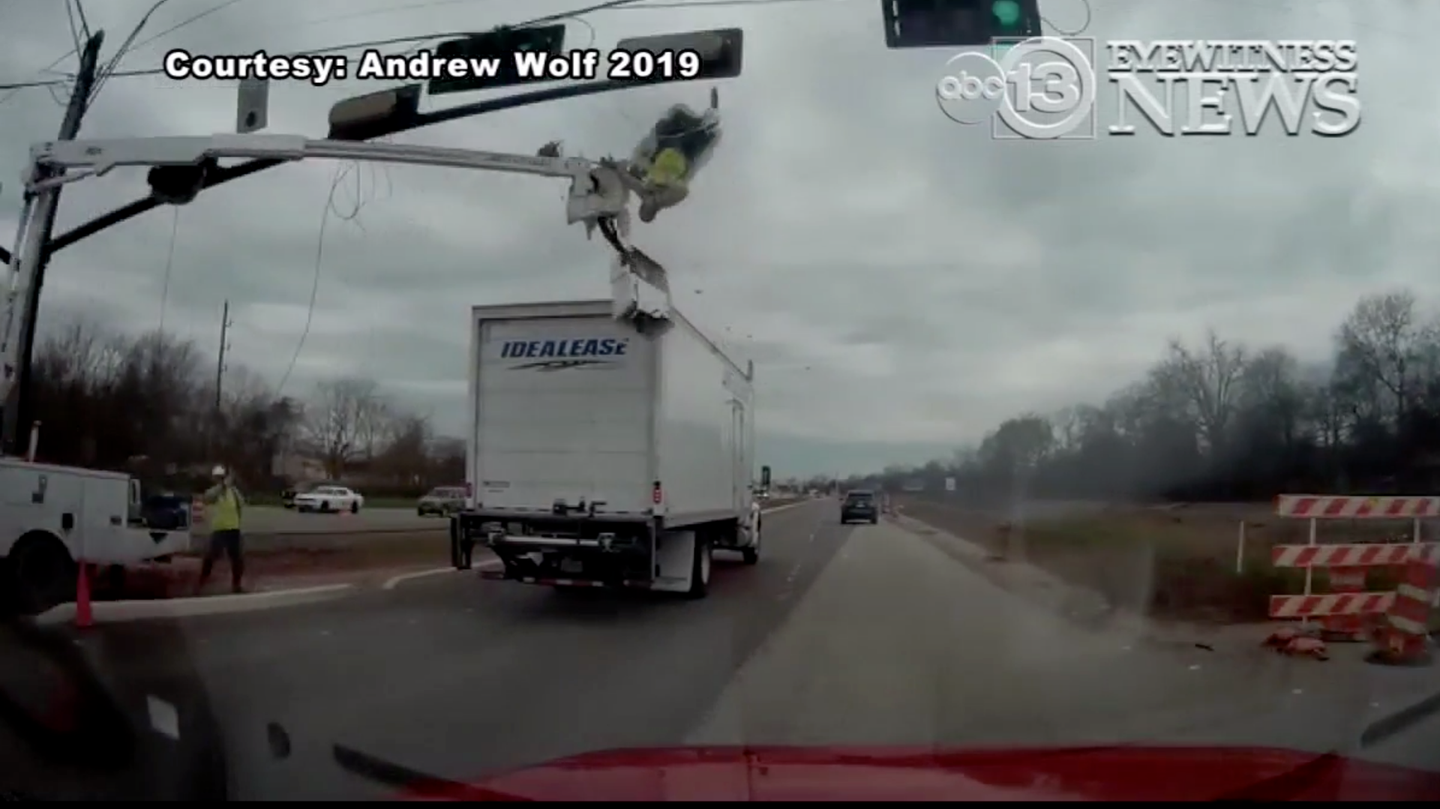 Recently, a Houston area construction worker was incredibly unlucky when the bucket truck lift he was standing in above traffic was struck by a passing semi, flipping him into the air before he narrowly avoided being hit by other vehicles.

Local man Andrew Wolf was traveling along with his dashcam recording on Feb. 25 when the truck in front of him clipped the piece of equipment the road crew was operating. This instantly caused the vehicle's bucket to rotate, violently hurling the worker who was tinkering with an overhead traffic light.

"Every time my truck is on, it's running. This is the most epic and horrific thing I've seen," said Wolf to local news outlet ABC13.

Wolf says the aforementioned big-rig must have been going around 50 miles per hour when the incident occurred, causing quite the jolt to the worker who's lucky to be alive. The driver did reportedly pull over and Wolf quickly called 911.

Luckily, the man in the lift was wearing a helmet and harness which kept him from landing on the busy road underneath. He apparently hung there freely for about 30 seconds before his fellow workers reeled him into safety.

"You can see they ignored some safety rules. The road wasn't blocked off. The truck wasn't protecting anybody, but he was smart enough to put on a harness and helmet and that's what saved his life," Wolf continued.

The worker looked to be shocked but okay, leaving on his own two feet afterward.

"I think he used up all his luck that day, but it was just amazing that he literally walked away from that impact," Wolf concluded.

Dashcam Video Shows Toddler in Car Seat Being Ejected From Moving Car, Landing in the Street

A truck driver was able to stop in time, keep other drivers from hitting the wayward car seat and ensure the child was safe.