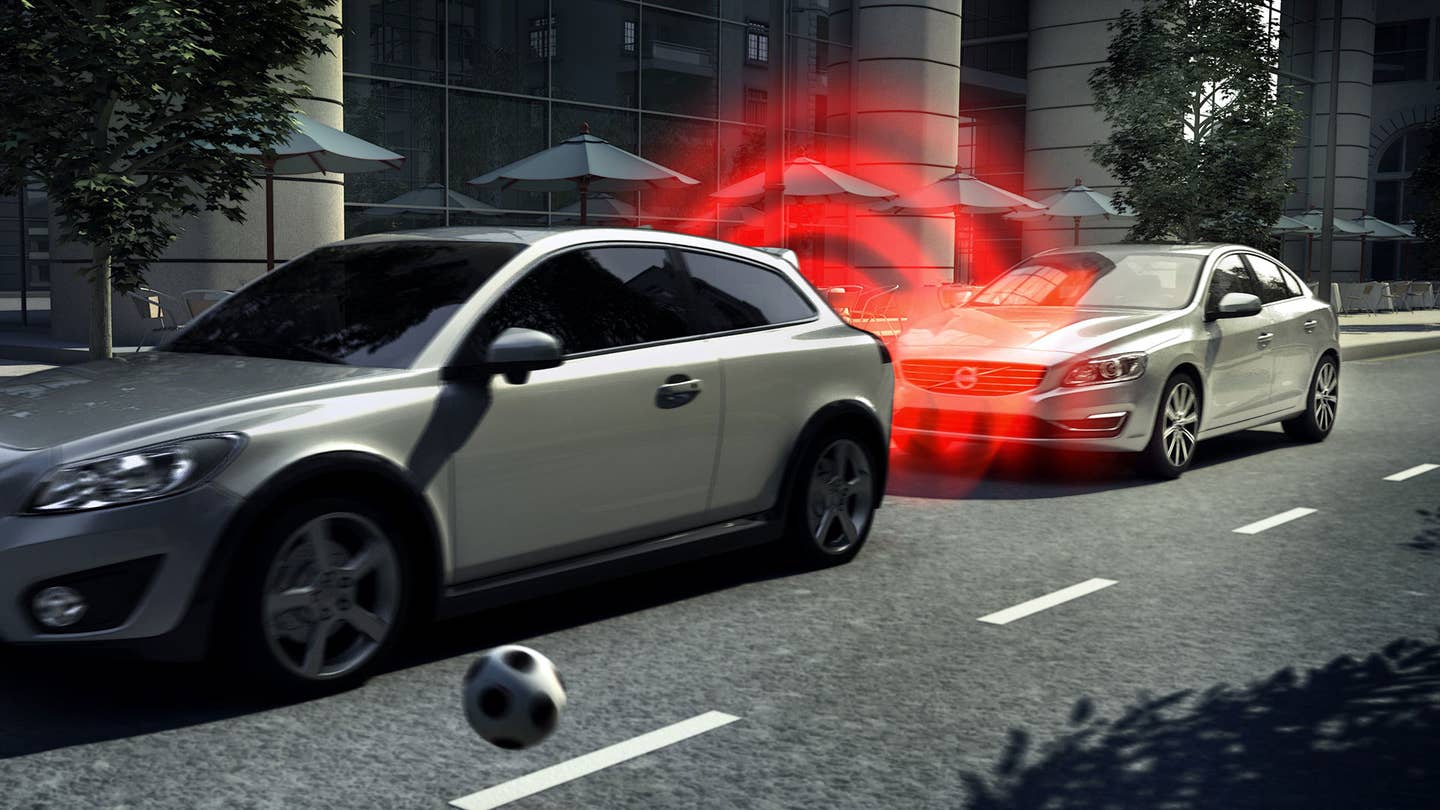 Your car might not be able to halt itself in the face of impending doom, but your next one probably will. Come September 1, 2022, more than 99 percent of new cars sold in American showrooms will have the ability to automatically bring themselves to a stop, thanks to a groundbreaking agreement between the National Highway Transportation Safety Administration, the Insurance Institute for Highway Safety, and 20 major automakers.

According to the NHTSA, the decision to enter into the agreement voluntarily means the technology will filter down to the majority of consumers three years earlier than if it'd been left to the federal regulatory process. As a result, more than 28,000 additional crashes and 12,000 injuries will be avoided, according to IIHS estimates.

“We’re getting these safety systems into vehicles much faster than what would have been otherwise possible,”NHTSA's Mark Rosekind said in a statement. “A commitment of this magnitude is unprecedented, and it will bring more safety to more Americans sooner.”

Automatic emergency braking systems, or AEBs, are widely considered one of the most notable advances in automobile safety in decades. While widespread adoption of the is expected to raise the cost of new vehicles slightly, this is likely to be offset in the long run—at least in part—by reductions in insurance rates.

But the pact has been met with resistance from certain auto safety advocates, who feel the NHTSA is undermining its own power by depending on a voluntary agreement, where it could've used regulatory force. Clarence Ditlow, head of the Center for Auto Safety, tells Automotive News that the agreement was "inadequate, unenforceable and expensive."

"By excluding safety advocates from the deal reached behind closed doors, NHTSA abandoned its legislative mandate and ended up with a deal that will go down as a safety sellout," says Ditlow.

AEB has been an optional feature on many luxury vehicles for some time, but has only begun to reach volume cars in the last few years. The technology uses radar or laser sensors to detect stopped or slow-moving vehicles ahead; when it detects one, it issues a warning alarm, then automatically stops the car if the driver doesn't react quickly enough. As our own Brett Berk found out while driving the 2017 Mercedes-Benz E-Class, the systems can make it exceedingly difficult to plow into another car, even if you're trying to. So, bad news for Max Rockatanksy, good news for everyone else.