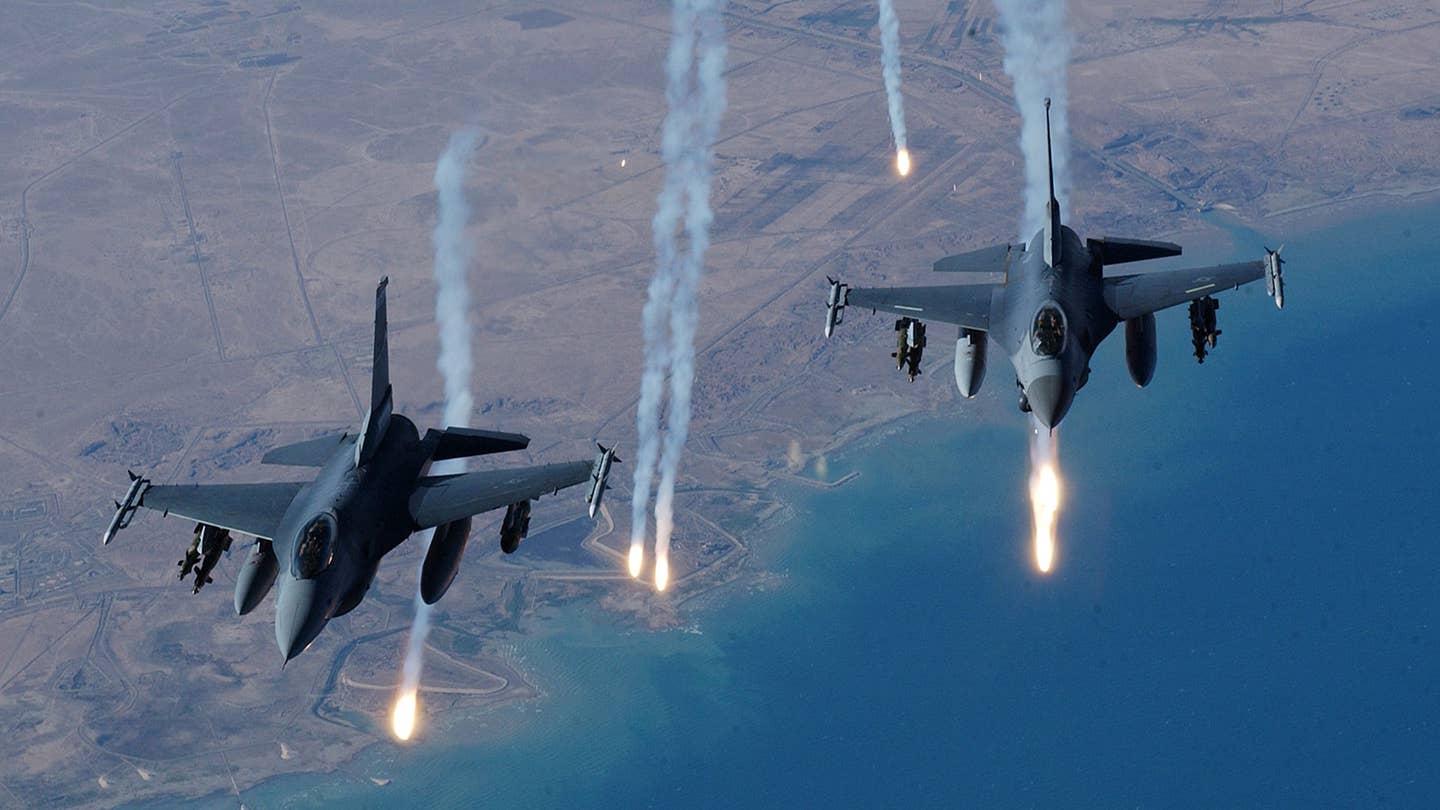 Picture, if you will, an American fighter jet streaks across the sky at hundreds of miles per hour when a small, orange capsule blasts from the plane’s flare dispenser. But instead of burning hot and bright to confuse enemy missiles, as a flare would, a parachute deploys to slow the container down. The capsule bursts open and a winged form breaks free, like a bird from its egg. The form spirals, madly, as it falls—then levels out as a tiny propeller on its tail begins to whir. It’s a drone, small enough to fit in your hand.

A second, identical drone follows it out of the fighter. Then a third, a fourth, a fifth, until dozens of them are flying together. A flying swarm of robots, synchronized, communicating, and ready to fight alongside the fighter that released them.

It’s not the Twilight Zone. This is as real as it gets.

In fact, the Pentagon began testing out these fighter-launched flying robots, called the Perdix, for a couple of years now. Originally created by MIT students back in 2011, each Perdix is 3-D printed out of carbon fiber and Kevlar, powered by lithium-ion batteries, and uses electronics pulled from cell phones to communicate with one another and with other aircraft.

The drones are the work of the Strategic Capabilities Office, a little-known part of the Pentagon dedicated to finding new ways to deal with the strategic threats posed by China and Russia. The SCO, which has been testing Perdix drones since 2014, sees immense value in the tiny robotic flyers.

“Just imagine an airplane going in against an IAD [Integrated Air Defense] system and dropping 30 of these out that form into a network and do crazy things,” deputy defense secretary Bob Work told Breaking Defense.

Just what kind of “crazy things” Work is referring to remains classified. But according to The Washington Post, which reviewed footage of the drones being tested, it could include such missions as performing surveillance or distracting enemy sensors. A swarm of Perdix drones, for example, could clump together to create a false target for enemy radar. (You can see the Post’s video of one of the drones being launched here.)

Thanks to the drones’ heavy reliance on existing civilian technology, the Perdix program is (relatively) cheap, only costing around $20 million over the last two years in spite of the fact that hundreds of drones have already been launched in exercises, tests, and war games, according to War Is Boring. That’s inexpensive in Powerball terms, let alone the DoD budget.

Just as importantly, the Perdix offers a quick, easy way to help the U.S. Air Force’s planes defend themselves against the likes of Russia’s future sixth- and seventh-generation fighters, among other potential threats.

You hear that? Work says it works.