A search helicopter was called in to attempt to locate victims who may have been thrown from the scene into nearby woods. 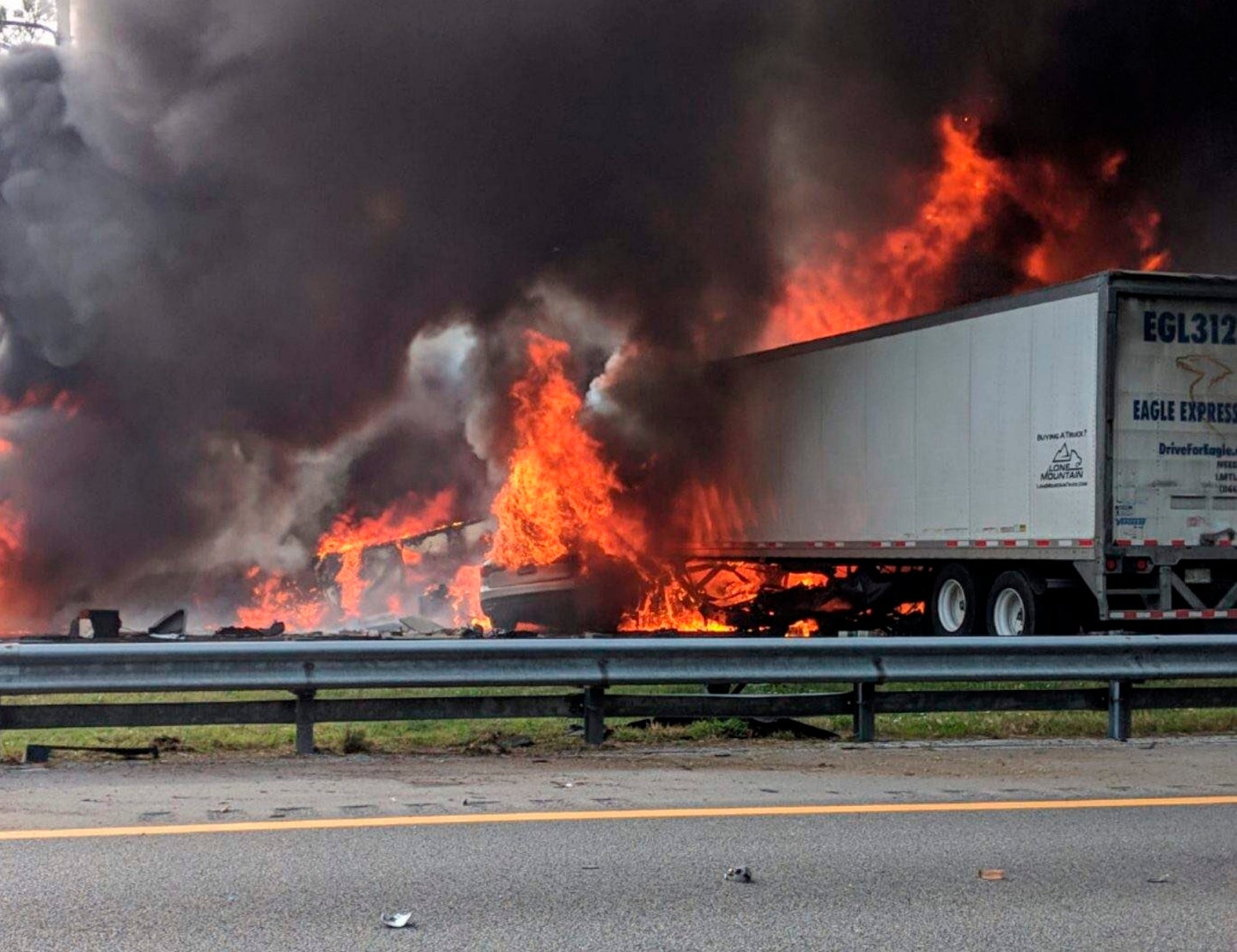 Four vehicles were involved in a fiery collision on I-75 near Gainesville, Florida on Thursday afternoon, leaving seven people dead and several more with various degrees of injuries. According to the Florida Highway Patrol, the fire was ignited when approximately 50 gallons of gasoline leaked from a tank truck, ultimately leading to two tractor-trailers, a passenger van, and a midsize sedan being involved in the inferno.

The northbound lanes of I-75 were closed due to the aftermath of the crash, and the southbound lanes to allow quicker access for emergency responders, according to a tweet by the Alachua County Sheriff's Department.

"We needed to keep a route for first responders open," read the tweet. "We apologize for delays in the commute. This required all hands on deck. The closure is going to be lengthy."

The fire department was able to extinguish the fire after several hours but not before the intense heat damaged some of the pavement. In addition to the extensive damage caused by the fire, vehicle parts and personal belongings were scattered across the interstate and shoulder. A search helicopter was called in to attempt to locate victims who may have been thrown from the scene into nearby woods.

“There’s going to be families that need to be notified that their loved ones have perished,” said Lieutenant Patrick Riordan to The Associated Press. "It’s unclear whether the victims were killed in the wreck or whether they burned in the fire, which would make identification more difficult, he said.