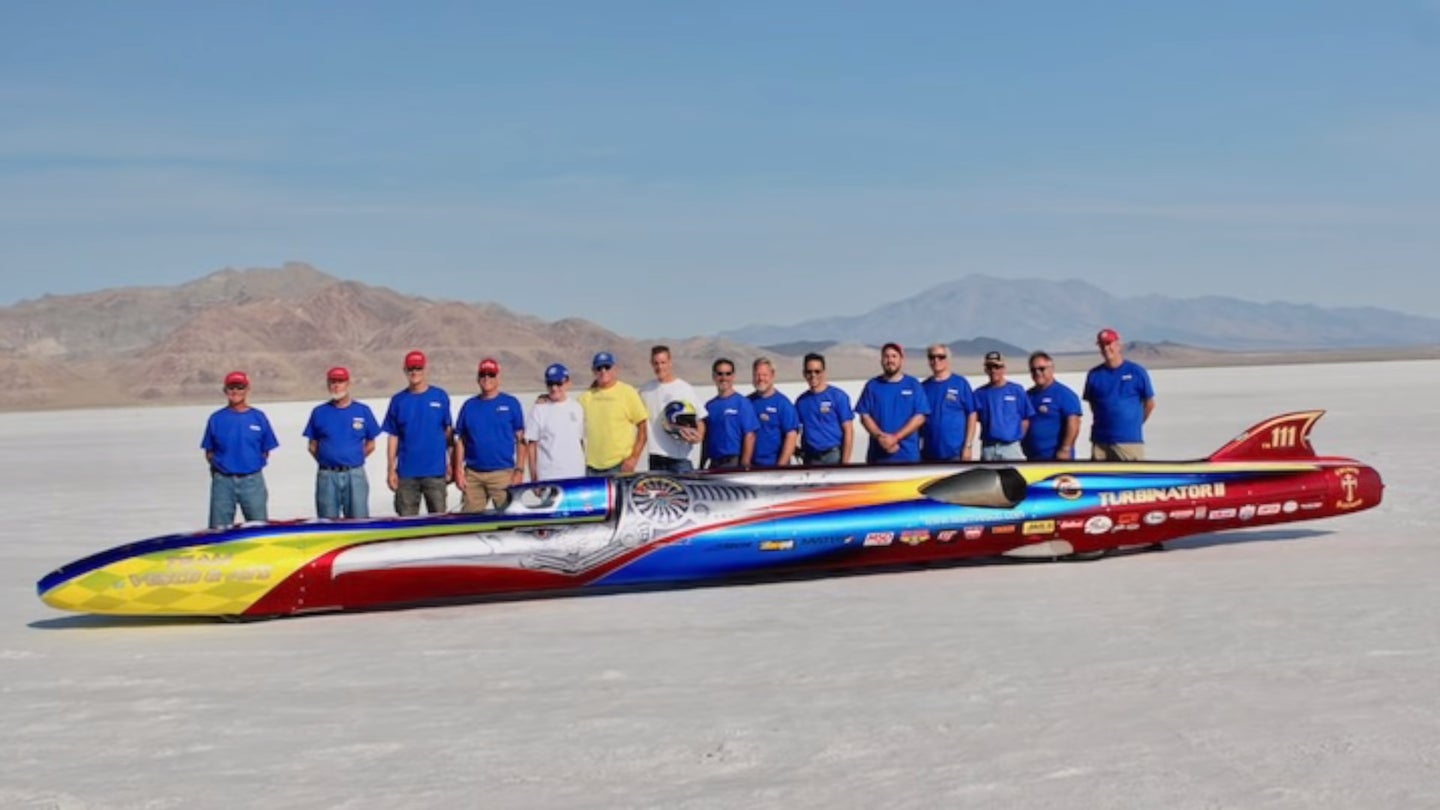 Imagine driving so quickly that you could travel the distance of two football fields in a single second; that's exactly how driver Dave Spangler behind the wheel of Team Vesco's coveted Turbinator II last Friday at the Bonneville World of Speed. While in attendance, the vehicle set an unimaginable record of 483 miles per hour.

Vehicles which have achieved higher speeds have all had other means of propelment. The ThrustSSC Turbofan, as an example, has held the land speed record of 763 miles per hour (and was the first vehicle to travel at supersonic speeds) since 1997. The ThrustSSC makes use of two Rolls-Royce Spey 205 turbofan engines, which are similar in functionality to the Lycoming T55-L-712 turboshaft engine used in the Turbinator II. However, the Turbinator II utilizes its engine to put the power down to its wheels, unlike the ThrustSSC, which is propelled using the hot air spewed from its turbofan engine's jet pipe.

Although a video hasn't been released for the World of Speed run, one does exist for this year's Speed Week run where Turbinator II set another record run, albeit at a slightly slower (though still impressive) 470 mph.

“Traction is the key to getting the power to the ground through the wheels without excessive tire spin," Rhonda Vesco told the OC Register. "State-of-the-art traction control and electric fuel control systems have been upgraded and modified based on data from last month’s Speed Week runs. Our car has plenty of horsepower; it’s getting the power to move the car forward through the drivetrain that is the trick. Jet and rocket cars don’t have this issue as they are just blasted forward. Turbinator II is a four-wheel-drive car and will have four all-new, spun-aluminum wheels which will be lighter in weight.”

At its record-setting speed, the Turbinator II was traveling an entire mile every 7.5 seconds on the Flats. But this speed isn't enough for Vesco; the team is already talking about its next record where it aims to break its own record and hit 500 mph.