The driver has been identified and is in custody. 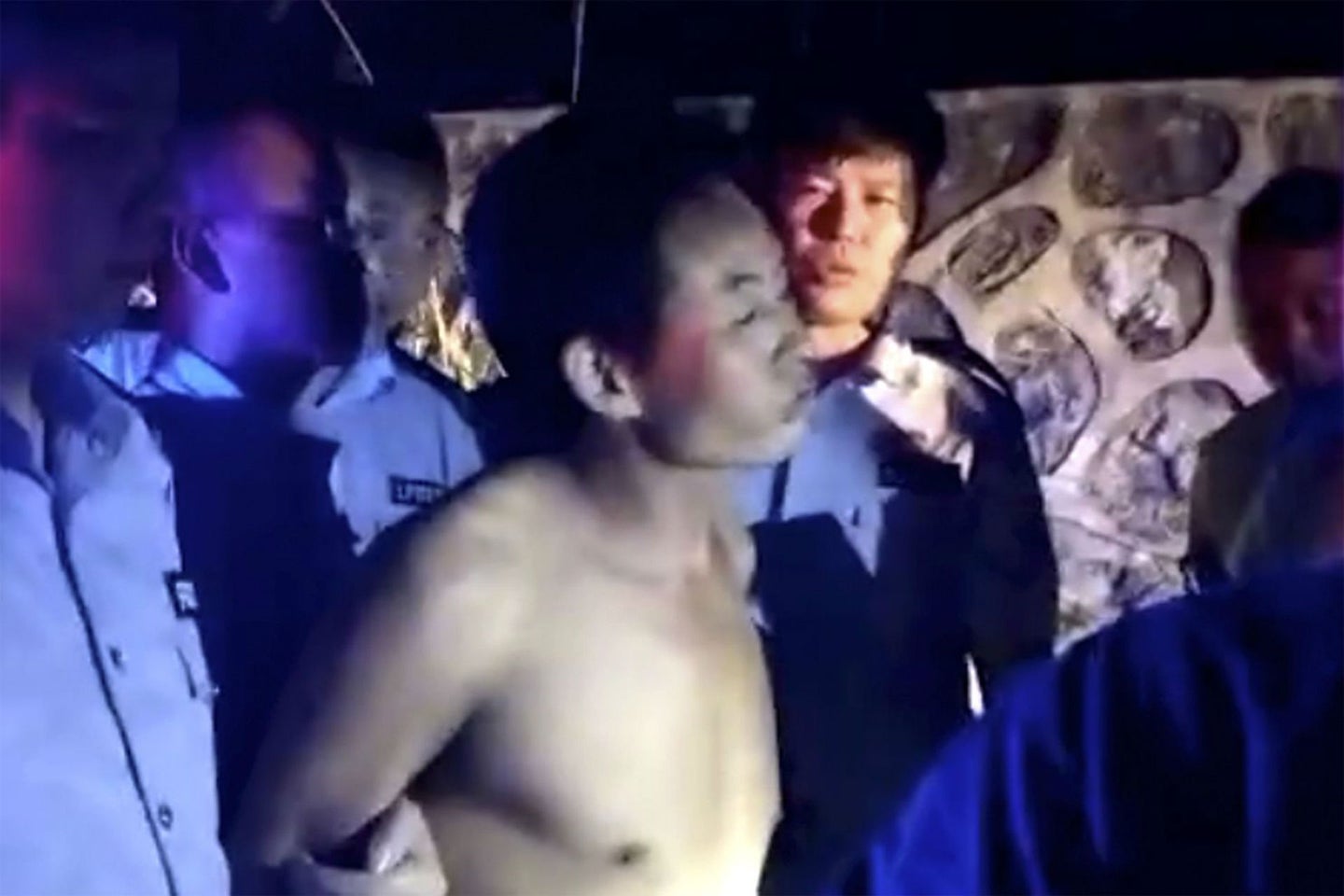 Chinese authorities have arrested a man accused of plowing his SUV into a crowd at full speed, hitting dozens of people and killing 11.

A red luxury SUV whose make and model was unspecified reportedly slammed into a crowd in a public square in Hengdong County, in the Hunan province, around 7:40 p.m. local time on Tuesday according to news.com.au. The vehicle hit at least 55 people, 11 of which are now dead, and 44 are injured. Arrested as a suspect was Yang Zanyun, 54, who has reportedly been sentenced to prison several times for crimes such as assault and arson.

Beijing Youth Daily reports that a police investigation is ongoing and that no motive has been identified.

A common factor in tragedies such as this is terrorism, the likes of which China occasionally experiences, but only infrequently. One example dating from 2013 involved an SUV turned into a car bomb, which rushed through Tiananmen Square before exploding, in total killing five and injuring 38. Authorities attributed a Muslim separatist group.

Vehicles have seen a rise in popularity among radical groups in the last several years because of their capability for destruction and relative accessibility in countries where firearms, explosives, or other weaponry may be difficult to acquire. In August, British authorities arrested a man suspected of vehicular terror after he injured three people by hitting them with his car outside the Houses of Parliament. A similar event unfolded in April, in Toronto, when a man ran down 25 pedestrians, killing 10 using a rented van.

The solution to events like this may even be simpler than putting up heavy barriers in areas frequented by pedestrians. As The Drive contributor Max Goldberg pointed out in November of 2017, disabling throttle response when airbags go off could bring attacks like these to a halt sooner, limiting loss of life. Considering the relative ease of this solution's implementation, we implore automakers to consider it.

Didi has been criticized for lack of response to a complaint against the driver involved in the alleged rape and murder of its passenger.

The bridge potentially collapsed due to a storm in the area.